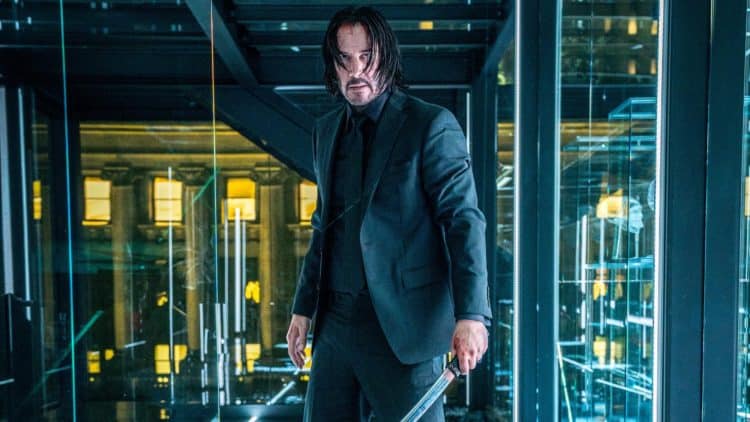 Neverrealm has officially confirmed that they’re done adding more content to Mortal Kombat 11; however, rumors continue to swirl that Ed Boon and his developers are working on the next installment. Whether this is true or not, there’s a guarantee that there will be a Mortal Kombat 12 sometime soon. As the case with most MK games, one of the most exciting aspects of the is the special appearances by guess fighters outside of the Mortal Kombat universe. Thus far, the likes of Freddy Kreuger, Alien, Jason Voorhes, Rambo, The Terminator, and Robocop have been featured in the game’s past; however, the question is, who will make their debut in the next Mortal Kombat roster? Here’s five characters who should make a DLC MK appearance.

The Bride is a natural fit for the Mortal Kombat world. The badass woman who sliced and diced her through the crazy 88 could definitely make for a fun addition to the franchise, especially with Hattori Hanzo as her main weapon. What could really make The Bride’s addition great is her interaction with the other players in the video game. Beatrix Kiddo isn’t exactly the snarky one-liner type like Kano; however, she could have some fun and threatening gems hurled back to her opponent. The trick is whether Uma Thurman would be game to reprise her iconic role. It’s definitely understandable if she doesn’t want to, and preferably, if they can’t get Thurman to reprise her role within the video game then it would be better if they axed The Bride from the game altogether. Thurman and Tarantino are the reasons that Beatrix Kiddo is such a great character, and not having her voice for the video game model would feel like a lame copycat.

There’s no way to get through this list without name-dropping John Wick. The popular assassin helped revitalized the action genre (of course, The Raid: Redemption should get some credit for that as well) and it’ll be fun to play with the various styles that Wick has to offer. Who knows, maybe I can stab someone in the eye as my finisher. Like The Bride, Wick isn’t exactly known for his witty dialogue, though having anyone other than Keanu Reeves voice the titular anti-hero would be criminal. The fact that another John Wick video game hasn’t been made is truly shocking, as it could expand on the lore of the original movies and the character is perfectly suited for the video game medium.

Unfortunately, we’re never getting a sequel to the awesome 2012 Dredd feature. Having the judge, jury, and executioner could be an excellent consolation prize for fans who have been praying to the Gods for another movie. Hell, I’ll even take Dredd’s partner, Cassandra Anderson, in the game as well. Her unique psychic ability could be making her an exciting playable character, though Dredd’s no-nonsense kill or be killed anti-hero is perfectly suitable for the Mortal Kombat world as well. It’s been nearly 20 years since Dredd has made a video game appearance – The Judge Dredd game for Playstation 2 in 2003 – so while it would be cool to get another game involving the perfect video game character, an appearance in the brutal and bloody Mortal Kombat world will do just fine.

Weird choice, right? A notable character from a kid’s book in the world of Mortal Kombat. Preferably, I would like the darker and more mature Potter from the Deathly Hallows. While impossible, I decided to add Harry Potter into the conversation because he could bring a unique style to the video game. The Bride, John Wick, and Dredd are straight-up combat brutalizers when it comes to fighting; however, having the chance to possibly use one of Potter’s many spells could really be a unique and a cool idea if done correctly. Potter may not be the a**kicker that the previous three are all on the list, but he could definitely bring a more strategic side to the Mortal Kombat fighting experience.

Not as weird of a choice as Harry Potter, but still an interesting one. I briefly considered Ratcatcher 2, but CGI rats are not cheap. Like Potter, Polka-Dot Man brings a different sense of fighting style to Mortal Kombat. Plus, there’s some fun you could have with his character, hell, maybe we could play his hero obsessed, mother if his meter gets low enough (think The Terminator special ability once your meter gets to red). Besides, who wouldn’t want to have Polka dots as their murderous powers?