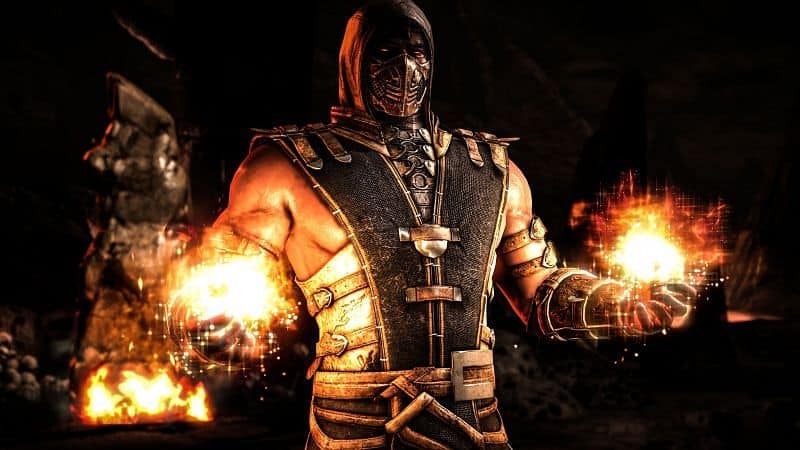 There are bound to be hardcore fans of Mortal Kombat that will know every single thing there is to know about the games, but there are bound to be a few things that come as a surprise to some people since there’s a lot of information out there about one of the most popular fighting games to ever come along. With the movie coming out in April and the realization that things aren’t going to stop for a while to come, especially since people are still willing to pay for them, it’s definitely interesting to discover little tidbits about the game that one might not have known about to start with. The small details and factoids that are out there to be found are pretty interesting most times since they can grant an insight into the games and the characters and how and why they were created. Plus, some of the stuff that’s out there to discover is bound to shake up a person’s faith in their own personal store of knowledge when it comes to Mortal Kombat.

Here are a few fun facts you might not have known about Mortal Kombat.

10. Sonya wasn’t initially a part of the game.

That’s right, one of the toughest fighters in the mix wasn’t even a part of it to begin with since the game only had six players. Once it had been tested and enjoyed though the creators decided that it needed another player, and coming up with a military-style individual was one of the best ideas since Sonya brings a different aspect to the game that makes it a little more enjoyable.

9. Baraka’s teeth were made from press-on nails.

This is one of those facts that people might have known about, but it’s still fun to tell since when one looks at how Baraka was presented in the second game it’s hard to believe that those jagged things hanging out of his mouth are the same type of items that go on women’s fingernails. But one has to consider that the budget for the games was still fairly low compared to what it is now that everything is completely CG. One has to remember that at one time the game utilized life models for the characters, and while it was cool at the time it’s pretty dated now.

8. Kronika was originally going to be male.

One can easily say that the male characters in the game outnumber the female characters, but it also sounds as though there was a desire for something more intimidating and different when it came to Kronika’s character. Making her female kind of achieved that since it gave her a very vicious and vindictive look, but it also worked a little better for the story.

7. Jade started out as a hidden character.

This is also something that’s probably known to a good number of people, but the fact is that like a couple of characters, Jade wasn’t initially a playable character, though she could be fought against. Hidden characters in MK have been a thing since the first game since Reptile was awesome to see but harder than hell to achieve as an accomplishment.

6. Noob Saibot’s name comes from the creators of the game.

Noob Saibot’s moniker is the last name of the two creators, Ed Boon and John Tobias, which is something they thought would be a funny joke to put in, but eventually became a favored character. In fact, since he was revealed as the original Sub Zero people have loved the guy even more.

5. Ed Boon was the initial voice of several characters.

He voiced characters like Jax, Scorpion, and a few others until they could afford to hire voice actors, which is why a lot of the characters sound alike in the first two games. It’s easy to wonder if people would have an issue with Boon voicing people of color and other ethnicities or if they’d shrug it off as is done with a lot of things.

4. Shang Tsung’s shapeshifting had more to do with limited memory for the character’s images than anything.

By the time Shang Tsung was being developed there just wasn’t enough memory left in the program and as a result, the creators came up with the idea of granting the sorcerer the ability to morph into other characters, which meant they could use images that were already in the game. This was pretty intelligent since it gave rise to one of Shang Tsung’s greatest and most widely used abilities.

3. Kollector had his own unique skeleton apart from the other characters.

The way it sounds, there was a skeleton for every character, a base form that could be altered as needed and used over and over. But the Kollector had to have a specialized skeleton due to his extra arms and where they were located.

2. It only took 10 months and 4 people to create the original game.

That might sound like a long time, but it’s not that long when compared to how long games take to make today, and how big of a crew is required to bring a game from conception to release.

1. The movie Big Trouble in Little China was a big inspiration for the game.

When looking at how western cultures meet eastern one can see the correlation that was used for this game. Plus, the fact that Shang Tsung is kind of like Lo Pan from the movie is hard to miss.

So, how many facts did you know?