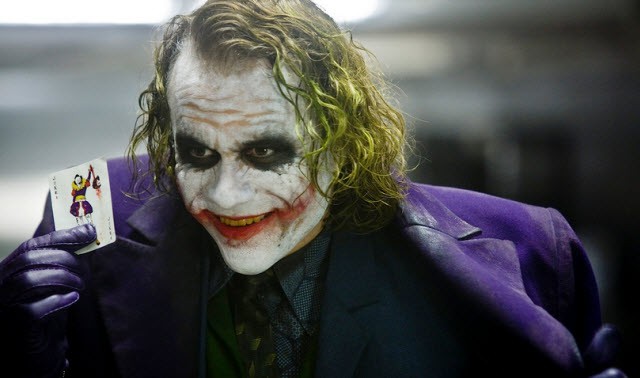 In the 80s, villains got a little harder, a little meaner, and in the 90s they became a lot more vicious. In the 2000s male villains had to become downright crazy since not only are they still trying to set the bar, but now they’re competing with female villains as well, who have proven to be rather malicious all on their own. The common villain in the 2000s had to be absolutely out of their mind and capable of going berserk to even be considered as one of the top guys, and there are a few on the list below that outstrip just about everybody thanks to their crazed and altogether horrifying demeanor, not to mention their outlook on life. This isn’t quite nihilism, but it does manage to give people the chills when these villains are depicted in such a horrendous way that the world around them becomes a playground and the people they hurt minor casualties that mean next to nothing.

The modern villain is the one that will look at life as an opportunity to invite madness. With that being said, here are five of the absolute best.

Believe it or not Patrick Bateman is actually the most mundane name on this list. He’s crazy, he’s nuts, but he’s not so crazy that he has no redeeming qualities. Well, to be honest the fact that he can act like a normal person isn’t so much redeeming as it is uber-creepy, but it’s still something that the rest of the entries on this list can’t seem to match nearly as well. The whole idea behind his character is that the world around him is a stage and he’s the main actor, and woe to anyone that tries to muck that up. The guy tries to strangle another person just because their business card looked better than his. That seems more than a little eccentric.

The Creeper gets on this list easily but he stays where he’s at mostly because there’s not a lot that’s known about him. He gets to come out once every 23 years which means that unless you’re a prime target it’d be easy to avoid him so long as you’re not in his hunting grounds. But aside from that he’s just mean, doesn’t care who he kills, and has a nasty habit of only eating whatever body part he needs from his victims while he makes the rest into some sort of grotesque artwork. The creature doesn’t make a whole lot of sense in a cinematic or cosmic way other than to be seen as an evil that helps balance out the good, but people seem to like him.

The legends of vampires have grown to such a degree that almost every horror fan thinks that they’re an expert on what a vampire SHOULD be like. The fun part is since vampires are fiction they can be anything that the writer wants to imagine, and Marlow is, in a way, what you might get if you cross a human being with several ill-tempered animals throughout nature. He’s strong, agile, powerful, has claws that are more for looks, teeth that can shred through just about anything, and a truly mean disposition that allows him to lead his people through the bloodbath that they unleash on Barrow. And yet he’s taken down with one well-placed fist through his head.

This is an entry that you should have expected. Sauron doesn’t have a physical presence throughout most of the movies save for the burning eye that resides atop his tower, but his will and his evil are felt throughout every encounter. You have to give it up to a villain that doesn’t just use his armies to attack, but subverts the very power that was meant to govern the lands of his enemies. It’s almost like having an eye within the war rooms of every leader in the world, which makes it surprising that Sauron didn’t crush the resistance outright when he had the chance. That might not have made for a good enough story though.

1. The Joker – The Dark Knight

The Joker has been played by a few individuals throughout his existence in pop culture but Heath Ledger was the one that finally nailed the absolute chaos that the character lives by. The bar has been set so high after his performance that poor Jared Leto didn’t stand much of a chance, but he certainly tried. Ledger played the Joker as a pure agent of madness that didn’t want riches, didn’t want to be known, he just wanted, as Alfred noted, “to watch the world burn.”. Men like this are the most dangerous villains as they will gladly go down in flames to prove their point and to show the world that it is just as dark and twisted as they are, that the end is inevitable and the fight is pointless.

Oh yes, the 2000s villains have brought it and brought it hard, and the bar has been raised to an unimaginable level at this point.