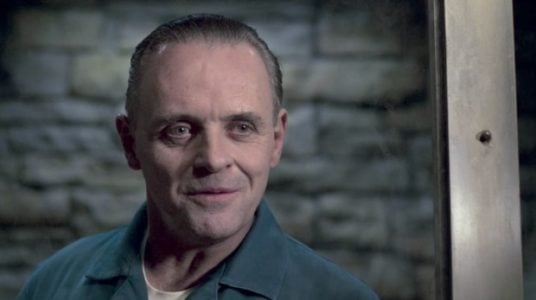 People should be able to admit this even if some can’t since they want to see their favorite actors as their favorite characters, or they simply can’t shake the image from their brain. This can be due to the fact that the actors took on the role and played it well enough that seeing them in any other light was virtually impossible, or it could be that they were just horrible and the role kind of stuck. More often than not it’s because the actor was simply that great and they played the role for an extended period of time. Those that played a role that lasted only one movie might have done such a great job that the image just couldn’t be shaken and stuck with a lot of people for a long, long time. It’s a credit to the actors whose roles were just that great and their skill even greater that people would continue to think of them in such a way, but a lot of individuals do want to be remembered for other roles in their lives, but shaking an iconic role that helped to make their career is often difficult since after doing such a great job a lot of fans can’t help but think back to the legend that was created and refer to the said actor as the character they enjoy the most.

Here are a few actors that people couldn’t look at in another way after a certain role.

Jackman was relatively unknown before he took on the role of the Canadian mutant that helped to bring the X-Men to the big screen and eventually became the most popular one of the group. In the comics, he’s still one of the most popular and he’s even been the leader of the group in the past, but otherwise, he’s always had to give way to his teammates and fellow mutants from time to time. In the movies, the focus has been on him more often than not and the mere fact that there’s a movie titled Logan, and another one that focuses on the character’s origin, makes it clear how much of an investment was made in Wolverine.

Some might associate him with Rocky before Rambo, but the fact is that even though he’s continued to act out both stories for so long, Rambo is the one that stuck with a lot of people. When you think of it, a hot meal and a cup of coffee before being asked to move on would have done wonders. It certainly would have saved the town that he shot up, and it might have set him along a different course. But then there wouldn’t have been move movies to come and a continuing case of PTSD that would spark the violent nature of a man that’s essentially a one-man army when he needs to be.

Before he took on his role in the MCU it would have been very easy to say that Chris Evans wasn’t particularly known for any single role, but after he took on this part people haven’t been able to see him as anything else. Even in Knives Out folks were still a little shocked to see someone that had played Captain America not long ago acting the way he did on screen. Obviously Evans has plenty of skill and can take on many different roles, but the iconic, shield-bearing hero was someone that people grew attached to almost immediately and as a result, it’s the character that people choose to see him as most often.

He held so many roles over the course of his career that this feels like it would spark a debate over which role made it hardest to see him as anyone else. But for a lot of people the role of the Godfather, Vito Corleone, is one that will always be used to identify Brando since he was great as the head of the family. The funny thing about this is that he wasn’t the greatest at remembering his lines and had to have cue cards placed off-screen so that he could remember what it was he was supposed to say. That sounds like cheating, to be honest, but it’s not the only time such a thing happened.

Hopkins can take on characters that make him appear as friendly and personable as someone’s grandfather, but his role as Dr. Hannibal Lecter was simply terrifying since his stare, the manner in which he stood and acted, were simply too much. It’s fair to say that there were few if any people that could have taken this part and made it work so well back in this day, but Anthony Hopkins was fantastic since he knew just how to move and how to creep people out with every moment he was on the screen.

It’s possible to see actors as other characters, but it takes some doing.