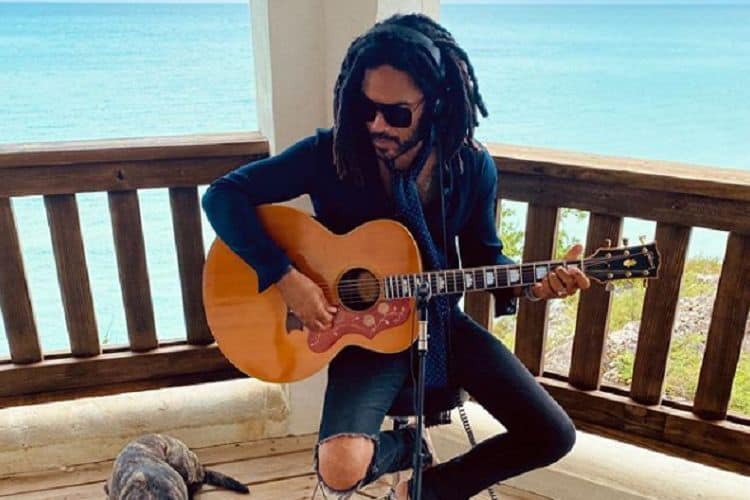 In the category of American rock and roll gods, no one stands out as much as Lenny Kravitz. His unique voice, sound, persona, and overall appeal makes him one of the most memorable musicians of our time. His life and music may not all be public knowledge, but we all know that he’s a curious one. We wouldn’t be surprised if a Kravitz biopic happens soon. Kravitz has managed to stay relatable after all these years, and he seems to just never age. It may be a tall order to play the superstar, but here are five actors whom we think could be successful in playing the role of Lenny Kravitz in a movie.

Lonsdale is one of those faces that seem to renounce time and aging. This young, up and coming actor happens to be 28 years of age, but he can probably play that of a high school teenager for a long time. Lonsdale’s Nigerian, Irish, and Danish ancestry has given him a unique look much like Kravitz. While Lonsdale’s features are strong and though he stands about 3 inches taller than Kravitz, we believe that a few adjustments can help the actor play the part. It also helps that Lonsdale is a bit of a music junkie himself. He’s been an MTV VJ after all, and he’s also quite the singer-songwriter himself. The young actor also happens to be a mover too. He’s known for playing the role of Oliver Lloyd on ABC’s Dance Academy. Lonsdale is also known for playing the role of Wally West aka Kid Flash on both of The CW’s The Flash and Legends of Tomorrow shows. He’s also appeared in several mainstream films.

Talent in the Smith family runs deep. It might be difficult to be in the shadow of someone like Will Smith, but Jaden has managed to stand out on his own as a talented actor and musician. We first witnessed Jaden’s acting skills when he played the role of his father’s son in the brilliant movie, The Pursuit of Happyness. It was certainly impressive to see, but that wasn’t the last time Jaden wowed us with his acting skills. He later on starred in a couple of other blockbuster films including the 2010 remake of The Karate Kid. Apart from his apparent acting skills, Jaden is also a talented musician. He’s mostly associated with rap, but he’s also a singer-songwriter. We believe he’ll be an excellent choice to play the role of Kravitz in a movie for those reasons and more. Both artists have a similar look to them, and we can totally picture Jaden playing a younger Kravitz in a movie. Both stand at 5 feet 7 inches tall, and both can rock dreadlocks like no other.

Many might not be familiar with Hill Harper’s work, but he’s done enough good television to be worthy for a Kravitz biopic for us. Harper has a way to be mysterious, charming, and serious all at the same time. It actually reminds us of Kravitz’s appeal in so many ways. Harper’s most recent work is in the widely favorite American drama, The Good Doctor. He can also be seen in several other shows including Limitless and CSI:NY. However, that’s really just the tip of Harper’s career. The actor has been active in the industry since 1993. Harper has acted in many films throughout his career, and he’s also dabbled quite a bit in theater. Harper is as successful as an actor could be, but it should be noted that he also holds multiple Ivy League degrees. He’s a published author, a social and political activist, a cancer survivor, and so many more. There’s no question that there’s not much of a limit on what Harper can do, and that’s precisely the reason why we believe he would be a fantastic Lenny Kravitz in a movie.

There was a time when we thought that Corbin Bleu was going to be the next big thing. Along with the likes of Vanessa Hudgens and Zac Efron, Bleu comes from the same artistic pedigree. Yet somehow, the Disney stigma seems to have gotten stuck onto Bleu even after all these years after the last installment of High School Musical.This doesn’t mean that Bleu hasn’t found work in the industry outside of Disney at all. On the contrary, Bleu remains actively acting on television, guest starring on various television shows here and there. He’s also done some work in theater. We have plenty of reasons to believe why Bleu would be an excellent candidate to play Lenny Kravitz in a movie. As we may all recall, Bleu is a talented artist of many forms. He can act, sing, and dance all too well. Blue is the kind of actor that works hard. This might just be the right opportunity he needs to break out of the Disney mold and finally into a more mature career.

Perhaps there’s no one better to play the role of Lenny Kravitz than the man himself. For one, there would be no more worry of making an actor look the part. It also helps much that Lenny Kravitz seem to have solved the mystery of the fountain of youth–he’s looked the same for ages. There will also no need to worry about making an actor sound or be like Kravitz altogether. Lenny can play the musician, sing the way he does, walk his walk, and so forth. It should also be noted that Kravitz is familiar with acting as well. He starred as the character Cinna in one of the most popular young adult film series, The Hunger Grames from 2012 to 2013. He has also done a bit of television work as a guest star in a couple of television shows. He’s definitely not new to the industry, and if need be, he could always take tips from his daughter Zoe, who is a talented actress herself. Otherwise, maybe Zoe Kravitz could take on the challenge of playing her father in a movie. It certainly wouldn’t be too much of a stretch.