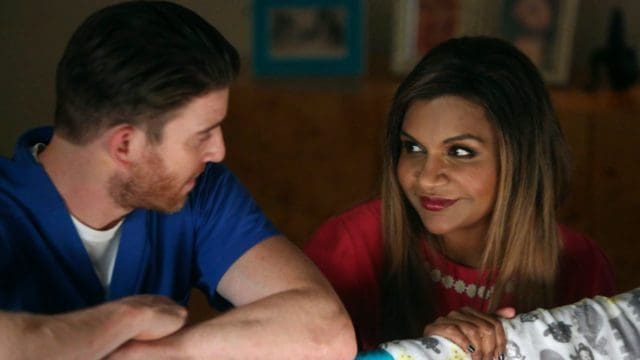 Five years ago, we were introduced to the world of Mindy Lahiri, an OB/GYN who is frustratingly navigating the New York dating world. Mindy Kaling exited from her eight-year stay on The Office when her pilot called “It’s Messy” was picked up to series by Fox. It was originally on NBC but it didn’t move forward to pilot order. Then, Fox rescued it and the rest is history. “It’s Messy” eventually became what we know as The Mindy Project. Until now, it is still a mystery why the show was named “The Mindy Project”; instead of something like “The Mindy Kaling Show” or “Mindy”. Nevertheless, the show became an instant favorite when it premiered after New Girl on September 25, 2012.

The pilot episode introduced us to Mindy Lahiri, an OB/GYN who is single and obsessed with watching romantic comedy films. Then, we saw her attending the wedding of her ex-boyfriend played by Bill Hader and went on a date with a guy played by Ed Helms. We were also introduced to characters like Danny Castellano, Jeremy Reed, Morgan Tookers, and many more. The premiere received favorable reviews; most of them praising Kaling’s unique and fresh take on romantic comedy. Plus, the characters are likable. Every episode during the first season is usually either Mindy on a date with a guy that she just met or some problems in her office.

Then, by the end of the second season, she started dating her co-worker Danny Castellano. In the middle of the third season, Mindy learned that she is pregnant with Danny as the father. On the second episode of the fourth season, Mindy gave birth to their son Leo but, later that season, Mindy and Danny broke-up. The fifth season went on Mindy as a single mother navigating the New York dating world again and, by the end of the season, she got engaged to a nurse named Ben. The current season (which is also the final) started with Mindy adjusting from her marriage life with Ben. According to reports, Mindy and Ben will eventually divorce and she will once again explore the New York dating world as a single mother (or, based on Kaling’s Instagram posts, reuniting with her ex-boyfriends).

As much as we love the show, most of us can agree that ending it this season feels right. The stories have been a cycle. It’s always about Mindy being single then finding a guy then having a long-term commitment with him followed by a break-up. After that, the cycle continues. We thought that Mindy and Danny being together is the “ultimate happiness” that will continue until the end of the show. We cannot exactly point out to the part where the show has “jumped the shark” but we can all agree that the show has lost its freshness and it’s no longer the same again as the earlier seasons. The show was cancelled by Fox at the end of the third season and, a week later, Hulu rescued the show and became its home ever since.

The show has more creative freedom when they moved to Hulu but it was also the beginning of the show’s bumpy road. The show’s first Hulu episode is set on Mindy’s dream in which she ended up dating a guy played by Joseph Gordon-Levitt and Danny dating Freida Pinto. If the show continued on Fox, the episode might not have worked that way. We can imagine the Fox executives giving thumbs up on the Gordon-Levitt casting but getting hesitant on an episode set entirely in Mindy’s dream. We can also imagine that Fox wouldn’t want for Mindy and Danny to break-up. But, on a positive note, the show’s Hulu run introduced us to Jody Kimball-Kinney and Ben.

We can’t wait for the rest of the final season. Are Mindy and Danny getting back together? Will Mindy remain single at the end after divorcing with Ben? Are we even going to see Dr. Michael Lancaster again? There are a lot of questions about how the show will end. All we know is that Mindy will become single again and we’re going to meet Reese Witherspoon. Like in most romantic comedies that we have watched, we hope that The Mindy Project will end on a satisfying note and give Mindy a room to find her real “ultimate happiness”. New episode of The Mindy Project is available for streaming every Tuesday on Hulu.