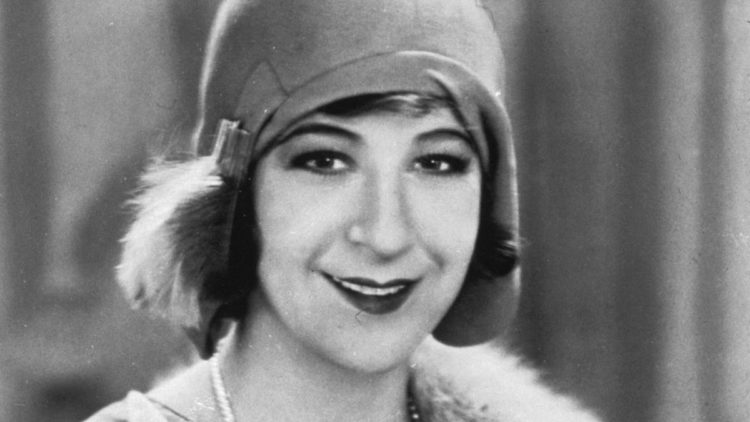 There are likely to be a lot of people that don’t know about Fannie Brice and this is likely because she was popular way back in the early part of the 20th century. She dropped out of school to be part of a burlesque revue and from that point on it seemed like her career was bound to take her as far as she wanted it to go. She was hired on to Ziegfield Follies in 1910 and lasted until 1911, but was then hired back to the Follies in 1921 and then made her way back in the 1930s. Her biggest hit, My Man, became her signature song and became what she was widely known for during and after her career. She did manage to record about a dozen records in her time and she’s even a posthumous Grammy Hall of Fame Award winner. To say that she was a pioneer is very accurate since she was among the many women that started pushing herself to see just how far she could go and what limits she could continually test.

She had a number of Broadway credits as well that helped to cement her reputation and her name as she spent a good deal of her career bouncing from the stage to films and back again. Radio though is where she really managed to shine since her portrayal of Baby Snooks, a character that she came up with, that helped her to become one of the most well-known names in comedy. Baby Snooks was a bratty toddler that Brice came up with that premiered in a Follies skit and was simply hilarious for her time. She was never seen except for once and it was enough for Brice to believe that Snooks was best kept on the radio since Brice was obviously too old to be playing the part of a toddler but was somehow a genius when on the radio and playing with the character of Daddy along with a few other characters that came and went like Daddy’s boss Mr. Weemish.

From the 1930s until her passing Brice kept this character alive and managed to keep her funny in ways that people hadn’t anticipated in the past, bringing Snooks to life in a manner that was unprecedented back then. What was even more amazing was that Brice didn’t care for rehearsing the role, she wanted to slip into the Snooks character without any preparation so that it felt more natural and came out in a manner that felt more real. In fact she went on record as saying that when it was time to be Baby Snooks, Fanny Brice just kind of disappeared and she was her character for the next 20 minutes. Brice actually admitted that Snooks was her definition of herself when she’d been younger, not a mean girl but definitely adventurous and full of life, just as Brice played her.

The one TV role that Brice did with Baby Snooks just didn’t pan out the way she wanted it to, but thankfully it was brief. She handled herself very well but would go on to admit later that she didn’t feel it worked on TV at all. From that point she returned to the radio show and Baby Snooks could be heard from then on but never seen. Brice herself was not what you would call a conventional woman of her day, but then that’s likely what made her so unique and so much of a personality that people could look up to. She might have followed the societal norms to a point but she was her own person and did her own thing when it came to comedy and when it came to life. In her personal life she didn’t find a whole lot of long-lasting happiness since she was married three times and had a couple of children that went on to be famous as well. For all the emotional hardship and toil however Brice did have a nice long career that saw her become one of the favorite actors of her time and a sensation when it came to her standing in comedy. You kind of have to remember that women were definitely involved in comedy but they still weren’t always regarded for their contributions to such a genre. Brice helped to make sure that comedy was a venue that women could step into if they so wished.

Brice passed away in 1951 just six months after her appearance on the Big Show. The cause of death was a cerebral hemorrhage. She was just 59 years of age when she passed away, and a great deal of her fans mourned her. One has to remember that pioneers in show business at this time were still easy to spot and very easy to miss once they were gone since their star shone brightly and seemed to fade away too quickly at times. The Baby Snooks Show was broadcast in her memory, and was eventually inducted into the Hollywood Walk of Fame. Her star is located in Hollywood and is rightfully earned thanks to her contributions to the business she loved so much.