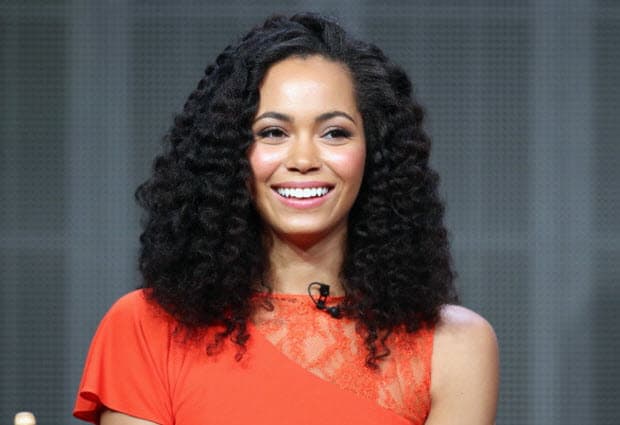 One of the most surprising shows of this TV season has been “The Tomorrow People.” Feeling like a perfect hybrid between the superheroes ideals of the X-Men and the cryptic, ongoing mysteries of a show like Lost,Â  “The Tomorrow People” strikes that perfect chord of giving viewers just enough to keep them eagerly watching week to week. Â  A big part of the reason the show has hit its stride is the character of Astrid Finch, portrayed by British actress Madeleine Mantock.

Unlike the other main characters on the show, Astrid has no super powers she can turn on and off at will. What she does have is a connection to the main character, Stephen, which seems to put her in more and more danger every week. Astrid is the human among the super humans, and she brings that level of humanity to the group that seems to keep them grounded when they need it most. But as many of you know, last week’s episode marked some serious changes for her character. We were lucky enough to get to talk Madeleine Mantock about “TheTomorrow People,” some major changes in store for this season, and (of all things), the band Motorhead. Yeah, this woman is kinda of awesome.

TVO: Thanks so much for taking the time to do this and congrats on the success of the show. Seems to already have a pretty fevered fan base.

Madeleine: No problem, and thank you!

I know that Tomorrow People is actually a reboot of a reboot of an old 70’s British TV series of the same name. Did you have a chance to familiarize yourself with your character of Astrid before the show started?

Madeleine: No. Truthfully, I am not even sure my character was in the original show. I know John’s character was in it, because he met Nick who played the original John in the old series, but as far as Astrid, no. I have seen a few clips from the old show and was surprised at how, well, 70’s it was. It is such a different time now so I almost feel like it’s not the same show, so I almost did’t want to watch it in a sense so I could go at it brand new.

Yeah, that actually makes a lot of sense. Working off a blank canvas is always better than working off one that’s used. So one thing I have secretly hoped for on Tomorrow People is that Astrid will suddenly develop some insane, over-the-top power that trumps everyone else’s. Have you wondered (or do you know) if there will be a power revealed at some point for Astrid?

Madeleine: *Laughs . I thought about it in the beginning, like: Maybe there is a way someone can give me a power or something. But now I think, not so much. I am the human. Also, I don’t know how good Astrid would look doing all that stuff. I have had to teleport a few times, luckily, holding on to one of my cast mates, but I am just not very good at it. I always have to ask them how they make it look so cool. I need a LOT of wind to make me look that good. (laughs) But in terms of the story, I think it is more interesting if you have a human who knows more than she should. I am really curious to see how (in future seasons) they will make all that work. Astrid and Stephen and the balance between school and regular life that Stephen has, and this new world he has found himself in. But just because Astrid doesn’t have powers doesn’t mean she isn’t in the same boat as him. I’d like to see how the writers develop her, and what comes of her characters and her ties to Stephen, the Tomorrow People, and Ultra.

That perfectly leads to my next question, thank you. Where can you imagine Astrid Finch one season from now. One season from this exact moment?

Madeleine: Annoyingly, I don’t know. I am not saying that to be coy. All I can say is, I know how this season ends. I don’t fully know how we get there, but we know what we are leading to. All I can say is it is quite a big change for everyone. The relationships with everyone on this show will be dramatically shifted. So truthfully, I can’t even comprehend what Astrid’s stance will be at the end of the season, let alone a full year from now. To be honest, I am really excited to find out for myself. But in terms of guessing, *laughs, no way. She could become Russell’s P.A for all I know. I have no idea, but I know I’m excited to find out.

Well, that is incredibly intriguing. Like” WHAT ARE YOU HOLDING BACK, WHAT DO YOU KNOW ABOUT THE TOMORROW PEOPLE??!!

Madeleine: *Laughs. Big changes coming, that is all I can say. It get’s VERY dark. Very serious, very adult. I am really excited to see how fans respond to it.

Well, you got us all excited too. Seems like big things ahead. On a lighter note, we got to hear you sing some David Bowie to John in last week’s episode (that is what he gets for taking a bullet for her. Fair trade, I’d say). That was really nice. Is singing a big part of your daily life, and did they incorporate that, or was that already written for you?

Madeleine: Â Back home in England, I studied musical theater, but it actually came about because our director/producer really loves Karaoke, and one of the last nights we were in New York, we all went to this karaoke place, and I had never even been before. Â I was kind of nervous at first. It was weird, like: Here, go and sit in that booth, sing to each other, and have fun. Felt like organized fun. Very strange (editor’s note, most brilliant way anyone has ever described karaoke). But anyway, it got to my turn and I sang Ace of Spades by Motorhead (editor’s second note: you have NO idea how happy this made me). Honestly, it was a blast. We had a writer with us that night, and he is one of the writers who co-wrote episode twelve, so he told me he was gonna write my singing into the episode. I was laughing thinking there was no way that could happen because it would be silly on a science fiction show. I kinda forgot about it, then the day of reading scripts for episode twelve, someone told me John gets shot and I sing to him. I actually got a bit scared of it at first and very anxious it might not make for a good moment of the episode. Truth is, I do think it kind of worked out in the end.

But why could they not get you to sing Motorhead to John? Man, that would have rocked the bullet right out of him…

Madeleine: Yes, it would have been a slightly less tender moment, but just as entertaining, perhaps. *sings “The Ace of Spadeeessss!”

Nice! So at least I get a little taste. That was amazing.

Madeleine: They actually sent me an email with a list of twelve song options, and we all agreed on Heroes by David Bowie.

You got to represent classic Bowie. That had to be kind of honor!

Madeleine: Yeah, it was awesome. But also, scary, cuz you’re thinking: I DON’T wanna mess this up! Even when I was shooting it I was thinking “at least they can cut it if it’s awful.”

Well, it wasn’t, so take pride in that.

I also noticed that are in one of the biggest, most hyped movies for 2014, Edge of Tomorrow, with Tom Cruise. Congrats! What was that experience like?

Madeleine: The crazy part is I filmed it in 2012, and it was the very first movie set I had ever been on, and there I am, standing next in Times Square next a helicopter with Tom Cruise. I just kept telling myself to stay cool. It was an incredibly experience. I am pretty sure I am still in it *laughs. Truth is, you never know if you will get cut from a movie that big, but you just go at it hoping. It was funny, I would sit there and smile to myself, because I was sitting next to Tom Cruise. I kept telling him I know he is “just Tom”, but he was Tom Cruise to me.

Well, I’m looking forward to looking for you in Edge of Tomorrow when it comes out later this year. One final question, and sorry if it seems weird, but I wanted to ask you about the bullet retrieval scene.

Madeleine: Ah, that was, different.

Yeah, you had to fish the bullet out of John’s body yourself. Was a pretty gnarly scene. What was that like?

Madeleine: We had this prosthetic of a fake upper body, and I would have to reach my hand into it and actually pull the bullet out. Every time we re-shot the scene, people would have to come in put the bullet back in. So finally I said “I can just do it myself” and I put the bullet back in myself. But on the last take, I must have put it in too deep, because I couldn’t find it. I was reaching around, thinking: great, you lost the prop bullet in the fake body, but then I found it and pulled it out. That is the one they went with, too. Best way I can describe that day was cold and sticky.

Yeah, can’t imagine too many of us can say we spend a day fishing a bullet out of a body. Cross that off the bucket list.Â

Well, thank you so much for taking the time to field our silly questions. You are definitely one of the more down to earth people we have spoken with. Much luck on the continued success of Tomorrow People, and you sky rocketing career.

Madeleine: Was my pleasure, thank you. 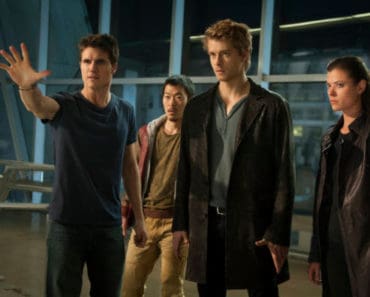 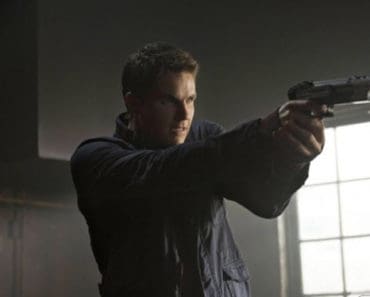