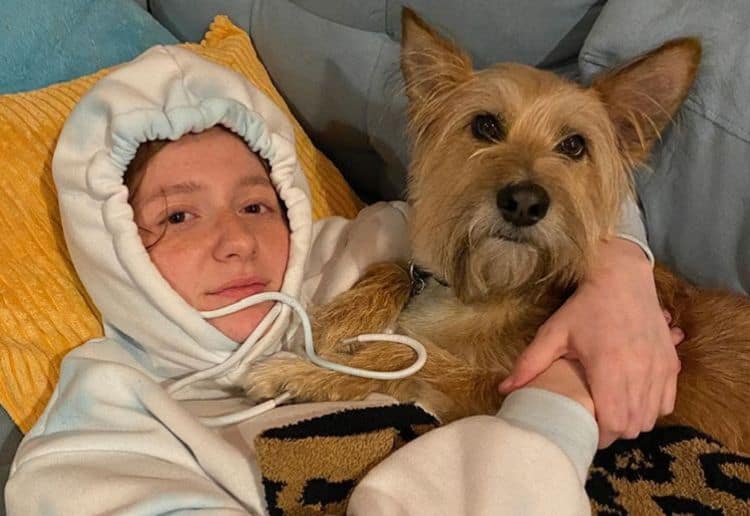 Emma Kenney is best-known for her role as Debbie Gallagher on the popular series, Shameless. In 2018, she gained even more popularity when she was cast as Harris on the sitcom, The Connors.  Although she isn’t even 21 yet, she isn’t new to the acting world. Through her work, Kenney has proven that she has the talent and maturity to really transform herself into the characters she plays. However, like many other stars who found fame during their childhood, Kenney has also had to deal with her fair share of obstacles. There are lots of interesting layers under her celebrity surface. Let’s get into 10 things you didn’t know about Emma Kenney.

Emma Kenney was born in raised in New York City. Her mother is a criminal defense attorney and her father, Keven Kenney, once wrote for the New York Post. The family eventually relocated to the west coast and Emma attended Oak Park High School in California. Fellow actress, Sophie Reynolds, also graduated from Oak Park High alonside Emma Kenney in 2017.

Emma Kenney’s love for acting isn’t anything new. She’s enjoyed performing since a young age and an agent recognized her talent when she was in elementary school. She began her professional acting career in commercials, but eventually started landing TV roles. She earned her role as Debbie Gallagher on Shameless when she was just 12-years-old.

3. She Wants To Run An Animal Shelter

Acting isn’t the only thing Emma Kenney is passionate about. She also has a deep love and respect for animals. Throughout her career she has been very vocal about animal rights. She is a big proponent of people adopting pets from shelters and hopes to eventually open up an animal shelter of her own.

4. She’s A Spokesperson for PETA

She may not be ready to start her animal shelter yet, but that hasn’t stopped Emma Kenney from speaking out against animal cruelty. Kenney is no stranger to sharing her opinions, especially when it comes to issues that impact animals. She has worked with PETA  to share messages about fair treatment for animals.

5. She Doesn’t Know How Much She Weighs

Hollywood is no stranger to vanity. Celebrities are constantly judged on their appearances and often forced to maintain a certain look. Emma Kenney refuses to let the industry force her to obsess over her physical appearance. Emma believes in body positivity and doesn’t even own a scale so she doesn’t keep track of how much she weighs.

Emma Kenney’s job may be to entertain people, but that doesn’t mean she can’t make them feel better about themselves too. Kenney told Authentic Magazine, “I think if I can spread positivity and realness to even one person, I’d feel good! I like to promote realness and I love being on such real shows…”

7. She Suffers From Anemia

Emma Kenney suffers from extreme anemia which means her iron levels are very low. In an interview with Galore Magazine, Kenney shared that she bruises and bleeds incredibly easily. She has been very open about her struggles with anemia and also encourages other people who struggle with the disease to make sure they’re taking iron pills if necessary.

During the same interview with Galore Magazine, Emma Kenney opened up about her diet. As a strong animal rights activist, it should come as no surprise that Kenney doesn’t eat meat. She believes it is unethical and that eating meat is the equivalent of eating “negative energy and fear”. Fish has been incorporated into her diet as a source of protein due to her anemia. If anyone is considering switching to a vegetarian, vegan, or pescatarian diet, she wants you to know that it’s easier and more affordable than you think.

9. She Is A Writer and Director

In addition to her work as an actress, Emma Kenney also has writing and directing experience. She has three director credits to her name, all for on screen shorts in 2009. She also has a writing credit from the 2009 short, The New Girl in Town, which she also directed. Her work on The New Girl in Town also made her the youngest person to ever compete in the New Jersey International Film Festival.

10.She’s Struggled With Depression and Anxiety

Emma Kenney has been very open about her battles with anxiety and depression. In 2018, she entered a treatment facility. A statement released by her rep revealed that Kenney had been engaging in a lot of dangerous and illegal activity. She hoped that seeking treatment would help her become the best version of herself. Since then, it seems like Emma is doing much better and has made some positive changes in her life.