Home
Entertainment
Elisabeth Moss Has to Get an Oscar at Some Point, Right? 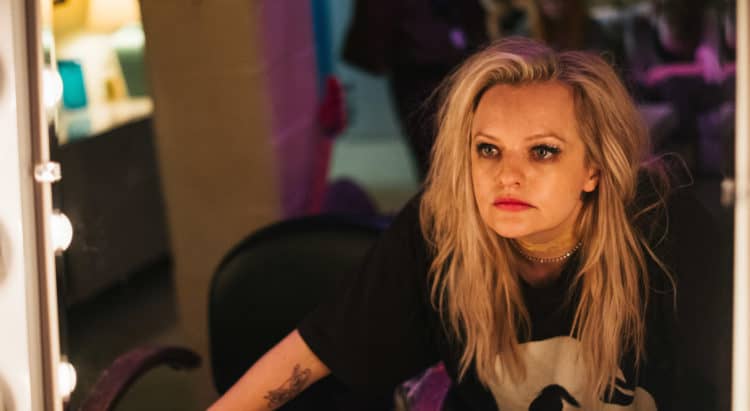 Obviously the Oscars aren’t just handed out to people or a lot of actors that we’d like to see with one or two would likely have them, right? It seems as though the people that subscribe to GoldDerby aren’t quite decided about whether Elisabeth Moss has earned one or not though. It’s an argument that you could make either way I suppose but at this point in her career it seems as though she should at least be up for the consideration of being nominated seeing how she’s been instrumental in a few different shows and has been around since 1990. Those reasons aren’t bound to get her an award unfortunately since people want to know that the Academy is giving these awards to those that have accomplished a great deal in their career and have earned them. But by that measure it does seem that Elisabeth should be in the running at the very least, and up for nomination at some point for a major award.

She’s been nominated and even won several awards in several categories, but an Oscar seems to have eluded her thus far. One might argue that Elisabeth is in the same boat as a great many actors that have been around since the 90s and haven’t been given this award, meaning that she’s not the only one that’s been snubbed all this time. But given her level of skill and talents it does seem as though she should be in line eventually since she’s been able to dial it up to 11 and far past at times when it comes to entertaining the viewers. There are many reasons however why an actor wouldn’t be considered for such an award, and you could likely ask a number of them if you really had it in your head to do so. After all there are no real participation awards in show business, one has to work even for a Razzie, and very people ever want those.

There might be some that are worried about what she’ll say on her way to an acceptance speech, but that seems to be one of the most far out reasons for not bothering to include her in the Oscar hunt, though it might be something that people would mention. After all Shirley Li of Entertainment Weekly was one of those that reported how Moss let loose an expletive that was ill-timed during her acceptance speech for an Emmy. It was something of a mistake on her part no doubt but letting the ‘f’ word slip out during an acceptance speech in front of so many people is bound to earn you a dirty look from the censors and a few laughs around the audience. After all, that’s live TV and they just can’t have that. But in terms of this keeping her out of the Oscars that doesn’t seem all that feasible. If anything it’s a matter of time until she gets noticed, and at that point it becomes a matter of who the Academy is going to listen to since it’s quite obvious that some of the awards that have been doled out over the years have been given for reasons that had little if anything to do with merit.

Yep, I do happen to be one of those old-fashioned individuals that happens to like things being granted on merit, and from what I’ve seen in show business there are a lot of people, Moss included, that have yet to really get the kind of recognition they deserve and have earned. In the meantime, those that have accomplished great things in the past are allowed to skate by on those accomplishments and are given great consideration for their past deeds while being allowed to skimp on their current careers while still being called geniuses or inspired. This could be why, box office and ratings numbers notwithstanding, a lot of people are voicing their discontent with show business these days. There’s not enough honest recognition of those that are truly giving standout performances and there’s simply too much recognition for one person or one story that gain attention because they have a political lean that people tend to like. It’s trendy these days to applaud the actors that aren’t great at what they do but somehow gain attention by exploring venues and subjects that are controversial and push an agenda rather than simply tell a story.

Moving past that little tirade, Elisabeth Moss is a woman that has proven that she has what it takes to move past one role and slip into another with a great deal of skill. Unlike a few actors in the business at the moment she can completely transform herself from one show to another, and convince the audience of the veracity of her character as well. That alone seems to make it necessary to consider her for the Oscars.