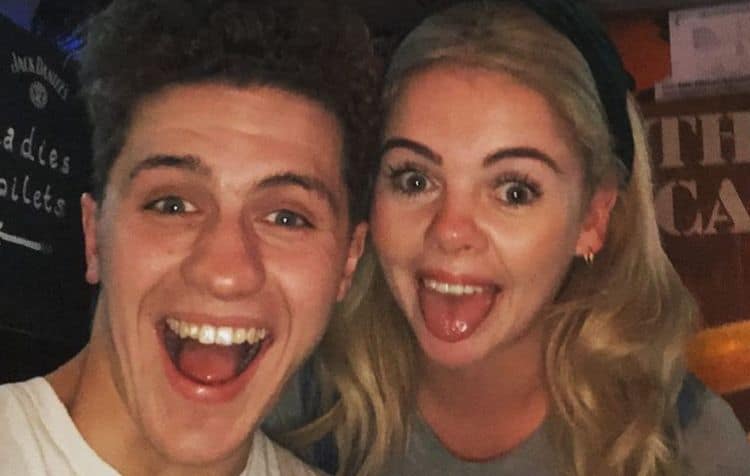 After more than a decade of professional acting, it’s safe to say that Dylan Llewellyn is well on his way to building a very solid career. He is best-known for his role Martin Johnson in Hollyoaks as well as playing James McGuire in Derry Girls. Dylan’s versatility and his ability to connect with viewers has allowed him to build a massive fan base that now includes people in different parts of the world. While most of his work so far has been in TV shows, he is getting ready to light up the big screen as well. He has a role in an upcoming movie called A Grand Romantic Gesture.  Keep reading to learn 10 things you didn’t know about Dylan Llewellyn.

1. He Was Working In A Coffee Shop When He Was Cast In Derry Girls

Getting into the entertainment industry isn’t an easy thing to do, and it often takes actors years before they can actually make a living by acting. As a result, almost every actor has had to work odd jobs at one time or another, simply to make ends meet. When Dylan got the part in Derry Girls, he was working part time a local coffee shop. Fortunately, he had a manager who understood that acting was his passion and wanted to see him succeed.

Thanks to his role in Derry Girls, there are a lot of people out there who have assumed that Dylan is from Ireland. In reality, however, he was born and raised in English. Being on the set of Derry Girls taught him a lot about Irish culture. During an interview with GQ joked that the cast of Derry Girls had promoted him to an honorary Irishman.

The internet has made it easier than ever for fans to connect with their favorite entertainers, and Cameo has taken things a step further. Through Cameo, celebrities/influencers can record and sell personalized video shoutouts. Dylan is currently selling videos on the platform for $20.

Playing video games is one of Dylan’s favorite ways to spend his free time, and he’s actually pretty invested in the gamer life. He even has an account on Twitch where he likes to live stream his game play and interact with viewers. Unfortunately, there aren’t any recorded videos on his channel.

Although he doesn’t talk about it much, we do know that Dylan has dyslexia and it’s something he has had to deal with all of his life. Fortunately, however, he has never let it hold him back. The school he attended, More House School, specializes in working with students who have been diagnosed with dyslexia and/or autism.

6. He Formed Close Bonds With His Derry Girls Cast Mates

Any time you have to be around people for hours and hours on end, it’s always nice when you can build a good relationship with them. Luckily for Dylan and the rest of the Derry Girls cast, they all got along well and they enjoyed being around each other. Even when they weren’t filming, they often hung out together.

Dylan is very thankful for all of the people who have supported him so far in his career and he understands the importance of having a positive relationship with his fans. He loves getting the chance to interact with his followers via social media and it’s common to see him reporting fan arts and responding to questions/comments from fans.

Dylan may be living the life of a star, but that doesn’t mean he only likes to be surrounded by cameras and lights. Dylan is someone who loves to be outside. He isn’t afraid to get out and spend some time in nature. Camping is one of his favorite outdoor activities and he has gone camping in the United States and England.

9. He Hopes To Play A Superhero

Dylan has gotten a lot of great opportunities in his career so far, and he hopes to keep the momentum going in the future. While talking to GQ he said he would love to work on a superhero themed project. He also added, “I kind of always wanted to play Spider-Man. I just feel like it is because I am a skinny, awkward, white boy. But I would also love to do an American series, because my accent is quite good. [Laughs.] That sounds up myself—it’s alright.”

10. He Likes To Give Back To Others

Now that Dylan has built a large platform, he hopes to use it to help make the world a better place. In 2020 he performed at the RTÉ Does Comic Relief fundraiser to help raise money for COVID-19 relief. He has also supported an organization called PAPYRUS which is aimed at preventing youth suicide.