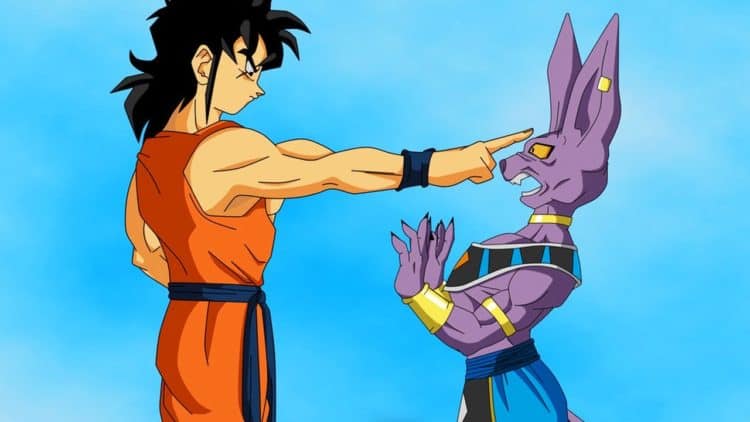 Yamcha is one of the most reviled characters in all of Dragon Ball and is considered to be among the weakest as well. This has largely to do with the way he was brought in and the way he was taken out since it seems that the opponents that defeated him shouldn’t have been able to take Yamcha down that easily. But it’s also in part because Yamcha wasn’t exactly the nicest guy around and didn’t exactly endear himself to the rest of the characters. Fans have been letting Yamcha have it or have just ignored him for quite some time now largely because he’s been seen as insignificant in a world where warriors are supposed to be tough as nails and able to break worlds in half because they’re so strong.

But what about Yamcha do people not know?

That’s right, he started out his days hanging out in the desert waiting to waylay people that were passing through in order to rob them. Obviously this didn’t make him a very nice guy and built up a reputation of him being kind of a jerk. He didn’t really care who he beat up, it was all a matter of getting the loot.

9. He was a professional baseball player.

As you can see he turned the corner, just a little bit at least, from robbing and beating people up, but it was still evident that he was cheating. After all he might not have been the strongest Z-fighter but he was still pretty tough and a lot tougher than the average baseball player.

8. He wasn’t as weak as everyone seems to think.

So, the Saibaman, sigh. Poor Yamcha has gained the unneeded and undeserved reputation of being a weakling because he was taken out by one of the Saibamen. But think about it for a moment the Saibaman had to sneak attack Yamcha and self-destruct since it couldn’t beat him in a straight up fight. Eh, eh?

7. Initially he was afraid of women.

Living out in the desert he wasn’t exactly a social butterfly and so he didn’t have a lot of intimate, one on one time with women. It’s only fair to say that he would be intimidated by them, but Bulma turned him around. Apparently though she did too good of a job.

Ever seen what happens when a person with no confidence gains a truckload of it thanks to someone else? This is kind of what happened to Yamcha since getting over his fear of women made him even more of a jerk.

Yes, he knocked out a little girl. That’s the kind of bad guy that Yamcha was back in the day, he really didn’t care who it was that he was beating up, he was going to beat them up all the same, and obviously his fear of women didn’t extend to little girls.

4. He’s the only character in the series with visible scars.

There’s never been any real explanation for how he got his scars other than the allusion to the idea that he got them while training. But among all the Z-fighters he’s the only one that has any visible scars. It’s kind of regrettable to think that a character that’s become so notorious for so many other character flaws wouldn’t be given a little better back story when it comes to his appearance.

3. He’s not the smartest person in the series.

In a way Yamcha is just spectacularly stupid, but he’s still not the dumbest in the show. His big mouth has almost gotten him and everyone else in hot water before but thankfully Goku seems just as dim sometimes and that kind of balances things out. His time in the desert away from people and a decent education didn’t do him any favors however as Yamcha is about as thick as a brick sometimes.

2. There was a fan theory about Yamcha being Goku’s father.

Obviously this was quickly debunked since Yamcha is of no relation to Goku, but it had a lot to do with their hairstyles, which if anyone is paying attention they could realize that various hairstyles seem to be more of a trend and get passed around quite often in the series.

1. He was relegated to the sidelines.

Even in the series he gets no respect since he’s considered to be too weak to do anything useful. When Goku goes around looking for fighters he actually skips Yamcha and doesn’t even bother to consider him. Even from the other characters he gets no respect, which tells you just how far his reputation fell.

You could say ‘poor Yamcha’ but that might seem kind of patronizing and, more to the point, kind of useless since the character has gone down in Dragon Ball history as one of the most pathetic characters ever at this point.