Home
Movies
Why Don’t Colorists Get Credits in Movies and TV? 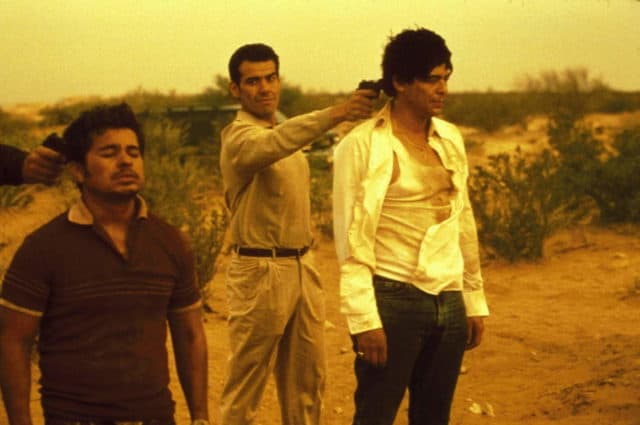 First off, it’s probably fair to say that most people have no idea what a colorist is or how important the position. It’s the colorist’s job to be certain that all the colors in each shot, from scene to scene, are balanced. They make certain that every shot in each sequence matches; with no single shot appearing as if it doesn’t belong with the rest. They watch for color differences and correct them. They are responsible for making sure there is consistency for the entire production. It’s an important role because filming often includes varied day or night environment and different cameras used. The colorist creates the overall final appearance of a film, giving the film it’s unique style.

Colorists also provide creative, original ideas and solutions for their clients. It is their job to interpret their clients’ ideas. During the filming, they may solve problems such as correcting over or under exposures. Their job includes documenting, reporting and filing information concerning their corrections and any problems which they solved. They must save their work following standard guidelines, and make it available to the Producer. They often work with Project Managers, and must accurately report their work to them, as well.

The colorist’s job is often referred to as color grading. The process is used for film, still or video images. The images may be altered, corrected or enhanced digitally, electronically or photo-chemically. The colorist may also generate artistic effects using color, often transforming a film completely.

A colorist must have the following skills:

So, why is it that colorists rarely get credits for their amazing work? It’s obvious that their talents contribute enormously to the finished movie or TV product. The true reasons have nothing to do with their skills…their talent is highly respected in the entertainment industry. The reasons most often quoted by the colorists themselves are convention and the wide range of responsibilities within the discipline.

When it comes to convention, there is a common order for both opening and closing credits, though productions do differ by genre. There are also unions and guilds which specify rules for the credit order, and these restrictions affect the typically straightforward listing of opening credits. The opening credits generally begin with the major companies, the stars, and the most to least important contributors. The Colorist positions are generally included in the closing credits under the Post-Production Department category. But, since the audience generally leave when the film is finished, the end credits are included to acknowledge those who have contributed to the film.

There have been times when colorists have been completely left out of the credits. Some industry experts note that there is a bias when crediting post production. Post production includes many activities which the viewing public never sees. It’s much easier for these jobs to be overlooked on the film credits simple because the workers or venders do not interact regularly with the producers. Complicating the invisibility is the fact that end credits are often the last part of the production and crammed in at the last minute. This reality leaves many forgotten. Some companies now exist which keep records of the film credits beginning during the pre-production phases of film-making. The common thread within the industry is that credits which recognize the major contributors are common practice, and all others are given the courtesy of on-screen credits, and at the discretion of the producer.

The field has expanded due to advances in technology, and colorist titles are not uniformly used. Here are some titles which professional colorists contributed to a recent forum:

The professionals noted that there were many grades and levels of responsibility for what they do. Many would prefer to be simply credited as Colorist (United States spelling) or Colourist (U.K. spelling). One clever professional said that he is “particularly pleased” when his name is correctly spelled on his paycheck. Another added that “Director of Image Beautification” had a sound he liked, and one posted that it would be nice to see the entire list of colorists in the credits rather than “Post Production by Insert-the Name-Facility”.

The bottom line truth is that colorists often work their magic on every frame of the films they color. They are highly regarded for the creative work they do, but their names, if they appear at all, are generally included far down in the end credits… called “the crawl”. Not being credited, or being credited inconsistently, is an occupational hazard which these artists experience regularly. Most view the hazard appropriately; with a colorful word or two.