Home
Television
The Wire
Does The Wire Pilot Hold Up 20 Years Later? 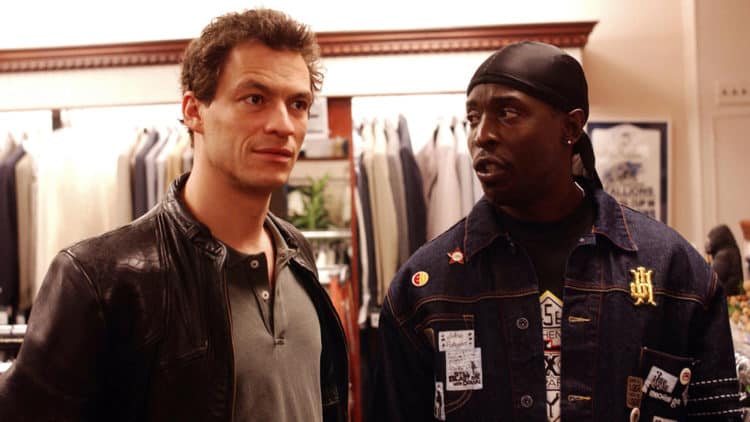 Who could forget what many fans and critics consider one of the greatest shows of all time, The Wire. The Baltimore-based drama that features a lot of up-and-coming stars including Michael B. Jordan, Idris Elba, and Michael K. Williams, with the series being about the drug scene from the perspective of both the dealers and law enforcement. The Wire would go on for five seasons and managed to earn two Emmy nominations for Outstanding Writing for a Drama Series. However, it’s been nearly 20 years since the debut of the popular HBO drama. Time changes and what can be great for a certain period may end up being out of touch in the modern age. With the evolution of television, does the pilot of The Wire still represent the example of one of the best dramas on tv?

This isn’t anything new, but the opening for every television show needs to grab you by the throat and entice you to keep watching even further. It doesn’t have to be big explosions or exciting car chases; the opening has to be strong enough to keep your attention. What these prestige shows do so well is immediately throw you into the world that keeps your eyes glued to the television screen. The Wire opens with a crime scene featuring a kid named Snotboogie. But that’s not the thing that grabs you. It does immediately tell audiences that this is a violent world and helps us introduce us to our main character, Detective James “Jimmy” McNulty. What really pulls you is the conversation between McNulty and one of the friends of Snotboogie aka Omar Isaiah Betts. It’s the perspective of the friend that really helps you understand his mindset when it comes to the lower-class and poverty-stricken neighborhoods. When he reveals that Snotboogie would steal the money every time they would play an alley crap game, McNulty is thinking the same thing we viewers are; Why the heck would you let him play if he steals from you every Friday night? The answer? “This is America”. At the time, it’s not clear what it means but that piece of dialogue has an odd mixture of confusion and intrigue.

Snotboogie and his friend represented what his world was and his version of America. As I previously mentioned, this was a violent and cruel place that was dominated by the poor and drug dealers. In reality, this description is somewhat of a mirror to what hoods represent throughout the country. The Wire was really the first television show to take a deep dive into this world and explore more than just the thugs and gangsters that often control the outskirts of these type of places. The rest of the episode continues to introduce us into the world of The Wire from both sides of the spectrum. We get into the corruption and faults of the justice system in regard to the case of D’Angelo Barksdale. It showcases how flawed the system can be due to the fact that two testimonies tell the story of a morally corrupt human being. Fear conquers all as despite the testimony of the first witness, the drug dealer is set free.

The pilot helps us understand the social game and politics surrounding the world that’s often plagued by violence, muddying the waters and erasing all notion that it’s all simply black and white. David Simon does a smooth job of introducing every aspect of this world without overloading the audience with information or even skimming the surface on the subject at hand. The Wire takes its time to tell its story, but more importantly, it focuses on the dynamics of the central characters. It’s not hard to connect with McNulty because he feels human. We never actually see his home life in the pilot, but we see his various interactions with several colleagues makes him come across as a genuine, down-to-earth human being and dedicated cop, who kind of runs his mouth a little too much. We also get an intimate look one of the other important detectives, Shakima Greggs, somewhat of a tough, no non-sense character, whose very kind and friendly when she’s not wearing the black and blue uniform.

The scenes that stand out the most are ones in the drug world following Stringer and D’Angelo. At this point and time, it’s not as fresh and new because there’s so many shows or movies that highlight the criminal underground, but it’s a great look into the how these men operate and the fact that these guys aren’t just a bunch of thugs or villains selling around the block makes their characters more interesting. The pilot of The Wire is more of a slow burn, but the foundation of the world itself keeps you watching until the very end. It’s still a strong pilot, even though in 2022, an intimate look at the drug and cop world is nothing new at this point.