Home
Movies
Do We Really Need a Van Helsing Reboot? 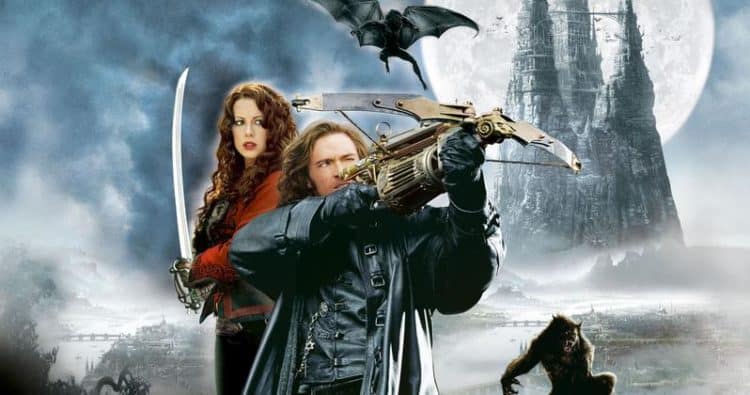 Talking about how the 2004 version of Van Helsing failed so horribly is usually one of the many things that happen when talks of a reboot start to crop up, but at this point, one has to wonder if anyone is going to listen since people are putting up the money and the reboot is going to happen anyway. But do we really need it? Ask that question to a bunch of horror movie buffs and you’d likely get laughed at since they would probably say, ‘of course we do’, if only because the world of Van Helsing is one that they want to see again with a few noted changes and a much more impressive result. But the issue is that we might end up seeing another attempt at creating a movie about characters known throughout legend that could be great, but might be bogged down in a different manner by the plot, the dialogue, and the cheesy way that the effects and the overall story are set up. Keeping some of the necessary faith isn’t too difficult, since when it comes to monster movies and how they’re doled out to the public it’s usually seen that people are willing to forgive at least a few things in the hope that they’ll be given something that they can rally behind and call worthwhile.

The issue with Van Helsing, and a possible reboot, is that the initial movie kind of went wide of the mark when it came to narrowing down the monster movie genre as it tried to get a little too deep into the story by combining several of them in order to get the desired effect that just one monster movie can have on people. Let’s take a quick headcount, as the movie featured Dracula, Frankenstein’s monster, werewolves, Dracula’s brides, a brief encounter with Dr. Jekyll and Mr. Hyde, and it made Van Helsing a secret agent of the Catholic church. While there’s no serious disconnect between Van Helsing and the Catholic church, his belief in the movies has waned in some movies and been less than devout in others. In the movie, Van Helsing is more or less a practical-minded individual that works with and for the church and has a very mysterious past that is somehow bound with Dracula’s since it would appear at one time that their lives were intertwined. A reboot of a failed movie is something that a few people might see as a good idea since tossing out an idea that has potential isn’t exactly the best thing to do, especially if there’s even a scrap of something worth keeping. But perhaps this time those that are working on this project could eliminate the need for the corny dialogue and over the top action that isn’t practical or even possible, and stick to the realm of reality as much as possible.

That’s a funny thing to say in a monster movie, isn’t it? There’s almost nothing real about the story in the first place since the monsters that are made possible by movie magic are thankfully absent in the world we know. But keeping things grounded, meaning that the regular humans can’t just flip and fly through the air like acrobats, Van Helsing is going to have weaponry but not some sort of steampunk gadgetry that can fire crossbow bolts at the rate of 2 or 3 a second, and Dracula isn’t going to be humorous or quite as manic as the character in the movie, would be preferred by a lot of people. It does depend on the rating to be sure though since anything PG-13 or lighter is going to need to dial down the amount of blood and gore, and will have to cool it on the imagery and any possible language that might come up. But if it were to get a hard R rating then it’s likely that Van Helsing could really open up and become something special. At the moment the story of the reboot isn’t really known, nor has it been established who will act in this movie, but again, the question of whether we need it or not isn’t being answered either so it’s not likely that we’re going to find anything out until the desire to tell us becomes too great, or the movie is well underway and some details are able to be released.

There’s a good deal of trepidation when heading into a movie such as this, and the failure of the movie it’s seeking to step over is one big reason why. Very few people appear to want to ask this question, but the idea of why we need a reboot of this is definitely up for debate. Some would say that Van Helsing needs to be redeemed, others might say that the character deserves a better outing. Personally, I think creating an original movie without needing to reboot one should be seen as the best course.