Home
Movies
Did Mufasa’s Death in The Lion King Make Any Sense at All? 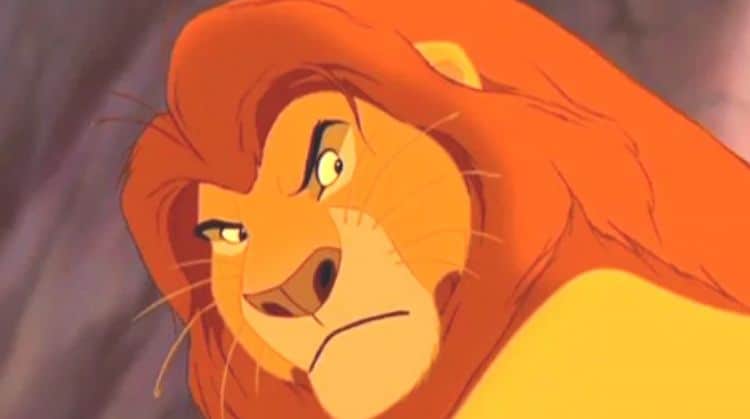 One might think that bringing up a traumatic moment that rests in the minds of many Disney-loving fans would be in poor taste, but it does kind of need to be said that certain plot holes don’t really make a lot of sense when one examines them up close. If you managed to figure this out as a kid, meaning why the lionesses took Scar’s word for everything after the fall of Mufasa and the disappearance of Simba, then kudos to you since you weren’t taken in by the sadness of the king’s death. But it’s fair to state that the lionesses managed to let themselves be taken in by the smooth-talking lion that took over and allowed the Pride Lands to be picked clean over the course of several years. When one thinks about it the matter starts to make less and less sense as they go over the traumatizing death of the king over and over. But think of it this way, Scar could take the lionesses to see Mufasa’s beaten and trampled body, but Simba was gone. Disney managed to sneak that one by in a pretty clever way that not a lot of people really questioned.

One can imagine that in the real world if a king were to die in a country and his son went missing that there would be a country-wide search that would begin close by and expand each passing day, if not by the hour. But Disney managed to get away with this one since the whole idea was that Simba had to learn how to become his own lion and if he’d stayed within reach, it’s very likely that Scar or his hyenas would have killed him, and as a cub, he wouldn’t have stood a chance. This is especially true since if he would have been found by anyone but his father’s pride he would have probably been killed on sight.

There are likely a few other things that have gone unnoticed in The Lion King and in many Disney movies that don’t make as much sense now that those of us that watched them back in the 80s and 90s are older. Upon growing up, the average individual will find that their perceptions and their worldview changes in a big way, since when we’re kids we might be smart and full of the need to learn just about anything and everything we can, but life experience is still fairly short depending on where we live, what our lifestyle is like, and how we’re raised. Some kids are forced to grow up quickly, and if anyone was just waiting to say that the trauma of seeing an animated lion being tossed to his death is what forces you to grow up, then no offense, but you’ve been sheltered for way too long. Granted, watching Mufasa die was kind of traumatic in its own way, but so was the fact that Bambi’s mother was shot, as well as Todd’s mother in The Fox & The Hound, but somehow we all manage to get over it and move on. Truly traumatizing moments are those that tend to shape a child’s life in a way that an animated movie couldn’t even come close to touching.

But the logic of it is something that a lot of kids wouldn’t get since to be certain, the sadness of Mufasa’s passing and the fact that Simba had wandered into an inhospitable region where survival wouldn’t have been possible without Timon and Pumbaa was likely thought to be the end of that matter. Obviously, Disney enjoys injecting a bit of fate, coincidence, and whimsy into a lot of their movies since, without this, The Lion King would have been kind of a brutal movie. Teaching kids as they grow up how the world really works and why animated movies such as The Lion King and many others aren’t possible is a big responsibility, but so is getting them through moments such as Mufasa’s death, since for a young mind that doesn’t know any better, it’s no wonder why it wouldn’t register that Scar was able to pull such a big and risky con that won him the Pride Lands and the top spot among the pride.

It does make a person wonder how the pride works in real life though, since if one really digs into the matter they might find that real life is far more traumatizing, or can be than the animated versions could ever be. The movie was and still is a classic and is one of those that are constantly held up to exemplify how great Disney is. But sometimes it’s necessary to remember what happens in the real world and be grateful that Disney took the easy way when it came to Mufasa’s death.