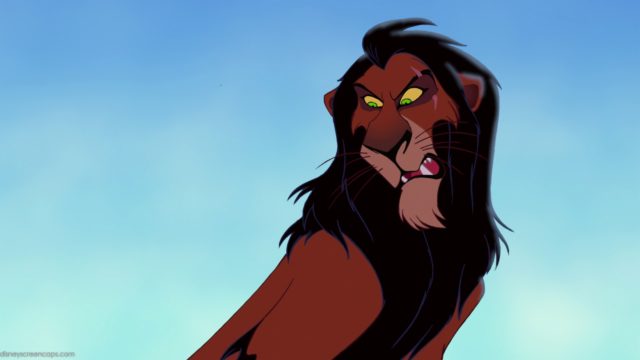 Ever wonder how your favorite actors get prepared for the songs they sing during the movie? In some cases it’s not them singing, either because they can’t hit the right notes or for another reason that we’re not made privy to. But for those that do sing they really have to find a way to get into the song to make it sound real, as though they’re not just forcing their way through it to get to the end. That kind of singing is a bit obvious since you can hear people forcing the notes and just struggling to push out each chord as the words roll on. But the really great actors that can make you believe that they’re having a good time while doing this are able to create a memory that won’t soon fade.

Jeremy Irons is definitely having a good time as he’s singing Be Prepared by Scar in the Lion King.

They can’t get TOO into the music, but they’re definitely trying.

You can see that Irons really wants to move around to the music and he does his best, but the actors also have to be able to hear the soundtrack and focus on the words in front of them. Even if they have the song memorized, which few rarely seem to do, a lot of actors still need to be able to see what they’re singing. Irons is about as professional as it gets as he stands reading his music and listening to the track while he’s still swaying back and forth. He’s into it, but he’s also staying professional.

They have to hit their marks just right or it doesn’t look right in relation to the film.

You might think it’s easy to just go back and edit everything to make it fit, but it’s actually kind of a hassle. Not every actor hits their mark with such ease as it might look like here. In truth many times they will find that they need to back up and sing the song over and over again until they get it right. This can make for a long, long day if the actors aren’t syncing up at all. Thankfully the finished product shows that the cast of The Lion King did in fact have a decent amount of chemistry between them.

It makes you wonder just how they select actors for each individual part.

Voice acting is not quite the same as live acting and more so because your voice and your attitude are coming through, but nothing else. Plus it pays to have someone that can actually carry a tune so that you don’t have to cast another person to come in and sing the songs. That’s added expenses and possibly more time if there are more working parts to the song. So really the casting crew must take exhaustive steps to find just the right person that can play the role of a character and belt out the tunes that they need.  Obviously Jeremy Irons was a great choice for Scar. Just the right amount of devious tone and more than enough of a diabolical attitude.

You can just see how much he wanted to start dancing.