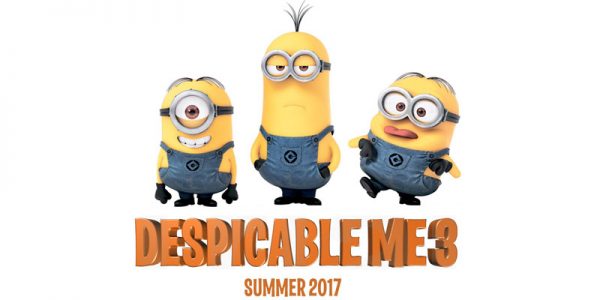 For the life of me, I have never understood the rabid appeal of the Despicable Me franchise.  The first was a surprising, heart-felt story about the people that we choose to open ourselves up to as family.  The second was a Minion-heavy retread of the first, replacing the girl’s acceptance narrative with a romantic partner for Gru.  The Minions spin-off, while amusing enough for a kids’ movie, wasn’t what I would call good: taking the weakest aspect of the first two movies, the minions, and stretching out their antics to fill a ninety-minute movie.

Any hope that I had for the series to be more than just passable entertainment died a long time ago.  It’s harmless fun, but nothing more, seemingly doomed to be just an amusing distraction between Disney, Pixar and Dreamworks movies.  Take the kids to see it, laugh at some Minion gibberish, go home and forget all about.

That’s why the trailer for next year’s Despicable Me 3 took me by surprise.  Even an old grinch like me found it playful, fun and better than any feature-length installment to the franchise.

When a dorky, 80’s-themed supervillain hijacks a cruise liner in order to steal a gigantic diamond, Gru and Lucy are dispatched by the Anti-Villain League to stop him.  And while there’s bound to be heartfelt side-stories with their three adopted girls and Minion pratfalls galore, that’s it.  That’s all the plot we have to go off of. 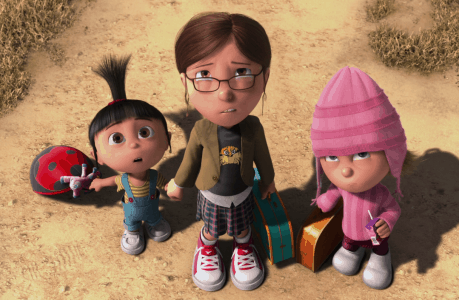 The thing is, though, that it looks like a strangely good movie despite that lightweight narrative.  Balthazar Bratt — the mullet-and-shoulder-padded supervillain the AVL dispatches Gru and Lucy to stop — completely owns his retro aesthetic: moonwalking across water, weaponizing Rubik’s Cubes and Keytars, breaking out into1980’s dance fights all to delightful effect.  The happy couple’s banter is fun, allowing Gru’s sardonicism to bounce off of Lucy’s perpetual cheerfulness.

Although there are bound to be plenty of scenes with everybody’s favorite Twinkie-colored underlings, they were mercifully absent here.  While admittedly a bit of a long shot, it does harbor at least some hope that their role will be kept to a minimum this time around, keeping the focus on the heart of the franchise: Gru and his begrudgingly adopted family. 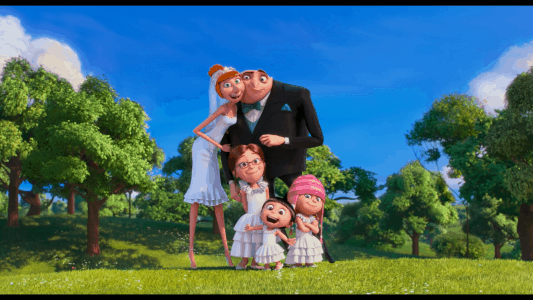 I can’t say that this is one that I’m going to want to see in theaters next year, but the trailer has me convinced that it’s at least worth a DVD rental.  It looks like a bit of light-hearted fun, and anybody who follows the news knows that that’s in short supply these days.