The second half of Broadcast television came back tonight, with a new Desperate Housewives airing on ABC. The episode, titled Home Is The Place, was a solid episode with some fun scenes and some good laughs. There wasn’t a whole lot of progress made on the storyline of Dave, Edie’s husband, but scenes with Susan and Lee, her gay neighbor, and scenes with Gabby and Carlos made up for it.

The episode started off with Bree inviting Alex’s mother, her son’s fiance, to stay with her for a while. The two don’t hit it off very well when she “calls dibs” on Christmas with the boys. Before Bree knows it she’s lost Thanksgiving too and has to settle for Easter. As this storyline progresses through the episode we see Andrew and Alex also looking for a house, and Alex’s mother jumps at the chance to give them the option of moving up near her (several hours away) because the homes are cheaper. Bree continues to struggle with her relationship with Alex’s mother throughout the episode, and finally it comes to a climax when Bree, scared that Andrew is close to deciding to move further away, blurts out that she has bought the two lovebirds the Adam’s House nearby. Its obvious that she hasn’t, yet, but the two are overcome and happy. Bree wins this round.

Susan, on the other-hand, is bored to tears with Jackson out of town and Mike on a trip with their son, so she resorts to doing what she does best and gets caught watching her neighbors Bob and Lee in a little fight. She ends up conning Lee to let her tag along with him when he goes clubbing by saying “you’ll need someone to whine about Bob to.” It works and he lets her go. At the bar, where Susan is actually looking pretty hot, her own troubles end up surfacing as she tells him that Jackson has been offered a new job and that he wants her to move with him. As the evening progresses she admits that she plans to move with him, instead of sabataging another relationship and then Lee gets to grab one of her boobs to avoid a guy at the bar talking to them (lucky him). Not so lucky for Susan, though, the two wake up next to each other the next day with several empty bottles of wine on the floor. Susan assumes the worst and can’t believe that she’s screwed up another relationship (not to mention another man). When she finally gets the courage to confront Lee about it he reminds her that…HELLO, he’s gay. Nothing happened and her conscience is just fine. But he also reminds her that if she isn’t in love with Jackson, then she should tell him that it is too soon. But if Susan was honest with a man for once things might actually work out in her favor, and she’ll have none of that.

Tom and Lynette are still tied up in one of the most boring, strung-out plots of the season as they continue to search for Porter while Preston pretends to be Porter so they don’t get in trouble for him skipping bail. Tonight things get progressively worse as their Lawyer catches on to what’s happening when their daughter calls who the lawyer believes to be Porter by the name of Preston (confused yet?). They spill the beans to him and he lets them know that he has to tell the DA what is happening. He gives them two days. Lynette is quick to realize that although Preston doesn’t know where Porter is, he does know how to get in touch with him. She attempts to get answers from Preston and he lets her know about how Mr. Schillings has threatened to kill Porter and that he is scared to death. Lynette does the only thing she knows how to do and decides to manipulate the crap out of her son (at least its not Tom again!). She drives to a bar and makes her son think that she is about to kill Mr. Schillings in order to protect her family. She even orders Preston out of the car so that she can do it. It seems like yet another obvious manipulation, but I’ll admit that she at least had me wondering if she’d have still gone through with it if Preston hadn’t caved. He did, naturally, and she was talking on the phone with Porter soon, trying to convince him to come home. Looked like she was making some progress too, but then we get to see where Porter is actually hiding when his Grandmother snatches the phone from his hands and reminds him that listening to Lynette is what got her put in the retirement home. We’ll have to wait a bit longer (God help us) to see how this storyline is going to progress.

Gabriella and Carlos provided some of the best moments in tonights episode as Carlos quit his job. He basically explained to Gabby that giving massages to old, fat, slobs was not something easy to do when you aren’t blind. Gabby then sets out to get Carlos hired on with one of his old finance buddied that she runs into. The only problem is that Carlos doesn’t want back into that world. He’s grown and realized that there’s more to life than money and materials. Too bad Gabby hasn’t learned that. She invites the old friend over for a dinner that is absolutely hilarious. The friend and his wife spend most of the night acting just like Carlos and Gabby might have acted in season 1 (actually, a little worse), and it ended with her asking him for a divorce. It seemed a sure thing that Carlos would reject the job offer and stick with his desire to help the blind. But Gabby’s need for new shoes prevailed and she convinced him that they made tons of sacrifices when he was blind, and that it was just time for him to grow up and make some real money. Reluctantly he made the phone call and accepted his friend’s job offer. I guess it won’t be too long before she’s miserable again and sleeping with another gardener.

As for Dave and Edie, well, they had their issues tonight, as Dave appears to be out of his medication. He looked terrible and for once Edie was actually catching on. While him and Edie are having their issues, Mrs. McCluskey and her sister, Roberta (played expertly by Lily Tomlin) travel to Dr. Hillerman’s office to get the information they need from him on Dave. However his receptionist is less than helpful, leading them to crack open a beer in the reception area and continue to drive the poor girl nuts for a while. Unfortunately for them they gave up and left just before the receptionist got a call from Dave, and she uttered the words Wisteria Lane out loud. Meanwhile, Edie walked in on Dave talking to his dead wife, and needless to say she didn’t take it well. The next morning he told her that he was married before and that his wife had died and although he didn’t seem to think it was a big deal, Edie sure did, and she booted his butt our of the house. The final scenes were of him leaving.

What Worked
As I mentioned before, the scene’s with Carlos and Gabby were fabulous. Some of the best lines of the night can be found with these scenes, my favorite one being when Carlos finishes listening to a story by his finance friend and replies, I’m sure that story will be a big hit in CEO Hell.” The scenes with Susan and Lee were also pretty entertaining and any chance to get to see Susan all dressed up is a nice one.

What Didn’t Work
I am bored to death with the Lynette/Tom/Porter/Preston/Trashy-Craddle-Robbing-Whore storyline. This storyline would have been much better if they hadn’t strung it out so much. I also find myself growing more and more tired of the ways that Lynette manipulates every situation around her. If they could find a way to wrap up this storyline, at least enough to let it simmer until all the gory details about Dave come out (in the season finale most likely) it would be better for everyone involved.

Overall it was a solid episode, worth watching, and a good primer for the return of our favorate shows back from the holiday hiatus. Desperate Housewives returns next week with a new episode at 9:00 PM eastern. 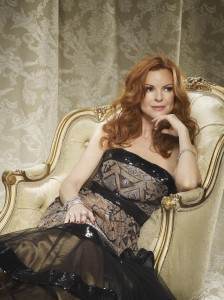 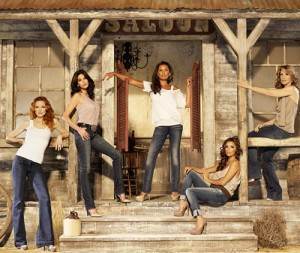 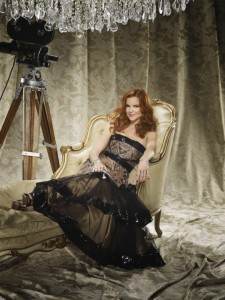