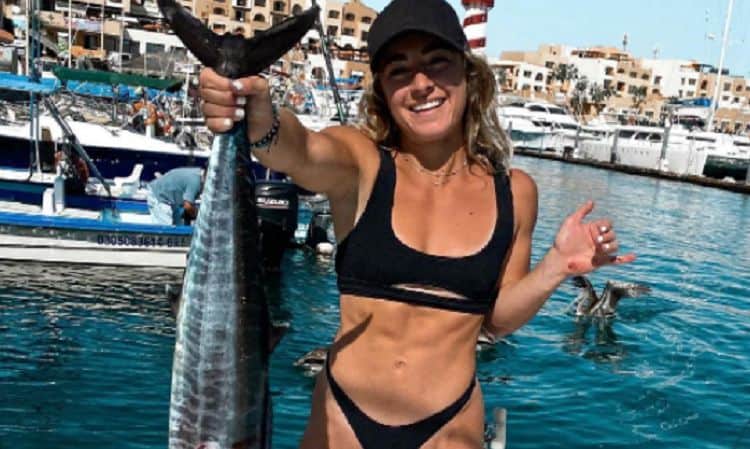 Demi Bagby is not your average Instagram influencer. She began her career not by filming herself in her bedroom singing along to songs on the radio and uploading them to TikTok, but by competing as a CrossFit Athlete. She is in killer shape, and her followers adore seeing everything she shares online. The question remains, however, how did this young woman manage to take her American CrossFit career and turn it into a massively successful social media influencer career? Well, we can tell you exactly how she did it.

Demi Bagby was born at the beginning of a brand-new century. She doesn’t remember the attacks on America from 9/11 because she was a newborn baby at the time if that helps you understand just how young this young woman is. She was born on January 10, 2001, in San Diego.

2. She’s Always Been an Athlete

Growing up in San Diego, she was an athlete. She participated in sports her entire life. She was very much into soccer and cheerleading. Cheer was her favorite, and she spent a lot of time at practice. It’s a very demanding sport that takes a great deal of mental and physical strength, and it’s not for the weak.

3. She Broke Her Back

She turned 13 in 2014, and her entire life changed forever. She was at cheer practice when she was involved in a terrible accident. That cheer accident left her with a broken back. She was paralyzed for months, and she did not know that she would recover. There was a significant period of time in which she and her doctors thought she might never walk again.

4. She Found CrossFit During Recovery

While she was in the hospital recovering from a broken back, paralyzed, and wondering if she would ever walk again, she discovered the world of CrossFit. She knew then that if she could ever find the ability to walk again, this is where she would go with her life. She wanted to do CrossFit, and she needed to get her body on track and be able to walk again to make this happen.

5. She Defied All Odds

While her doctors told her she would never walk again, she did. She was so determined to recover that she used every bit of her mental strength to make it happen, and she did. She was able to make her dream of getting into CrossFit work for her even though she was severely injured, but it was not always easy. Her body was badly damaged, and there were many things she could not do even when she began to rebuild her strength.

Demi Bagby teaches herself everything she needs to know. She was big into soccer because her brothers played and her dad coached, but she wanted to cheer with her friends when she began middle school. That’s when she realized she had no experience to their intermediate experience. She managed to convince the coach that she would learn how to become a tumbler and master back handsprings and more before their first competition. That’s when she realized she can teach herself anything she needs to know.

7. She Taught Herself Piano

After her teammates dropped her from a basket toss at her last ever cheer practice, she spent nearly a year in recovery. During this time, she focused on learning to play the piano. She read about it, watched videos, and she taught herself to play.

8. She Only Does Individual Sports Now

After her accident seven years ago, she made it her mission in life to only participate in individual sports. The reason? She knows her own bodily limits, and she doesn’t rely on anyone else. We don’t want to assume, but we do assume that being dropped from a basket toss when you put all your trust into the girls beneath you can take away a bit of the trust you have for other people to keep you safe, healthy, and alive when you are part of a team.

Demi Bagby might be one of the quickest learners around. Just months after beginning lessons at a gym to teach herself how to tumble without any experience, she maxed out of the highest level. Her coaches never saw anything like it before. When she began CrossFit following her injury, she entered a competition for teens. She placed 517th out of her age group in just the United States division. Considering she’d just overcome paralysis and a broken back and began training only months before, it was a huge deal. However, a year later, she placed 23rd in the same competition. But, this time, she placed 23rd in the WORLD.

She’s become a huge inspiration to all. Her Instagram feed is filled with millions of followers, and she is the kind of young woman all parents want their kids to follow. She believes in herself, she motivates herself, and she lets nothing stop her, slow her down, or get in her ways. She is not like other social media influencers; she’s a positive influence who is doing so much with her life, and there is so much the world can learn from Demi Bagby.