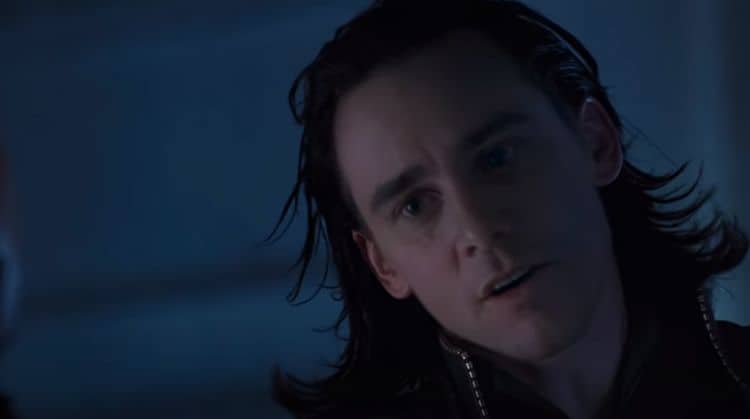 Out of all the characters in the MCU, there are only a few that Jim Carrey might be able to play as himself, and this Deepfake of Carrey playing the character of Loki is about as perfect as it gets. Even with the concerns over the Deepfake technology being used in an irresponsible manner, this is impressive. In fact, given the fact that this actor has been such a comedic and playful individual during parts of his career it feels safe to say that if Jim had been a decade younger he might have been able to audition for this role and really give Tom Hiddleston and anyone else a run for their money since this looks so insanely perfect that it could possibly work even better. For some reason, Carrey has never really pulled off a comic character that well since he’s so over the top that he kind of takes the character in a direction that they weren’t meant to go in. Even the Riddler in Batman Forever was kind of ‘meh’ due to the fact that Carrey couldn’t really play the character as anything but silly to the point of being a walking, talking cartoon character. Needless to say, Tommy Lee Jones didn’t really appreciate Carrey’s acting ability, but for the movie it was actually well done since the Batman movies started getting a little crazy during Batman Returns.

It would actually be kind of nice to see Carrey take on another role in a comic book movie simply to see if he would take the role to start with, and then see if he could accomplish it with more depth than he did in the past. To be certain, it does feel that he might be able to show that he does have that kind of skill and could still keep things light if he were given the right character to work with. At this point, it wouldn’t even be too far out of bounds to see him as Reed Richards since it would actually kind of play into his type of acting, though he would still need to keep things somewhat serious. But it does feel as though enough people want to see John Krasinski that it would be kind of awkward to thrust Carrey on them at this time. There are likely a few people he could play fairly well in the MCU, but if the Chameleon ever makes an appearance it does feel that he might be a wise choice for this character, if only because it would be right up his alley and possibly give him another chance to be a bit out of control and even more impressive than he’s been in the past since the character is known for his multitude of disguises.

But if Carrey ever does come back to the comics it does feel that there are roles in DC and the MCU that he would be capable of playing. His appearance as Loki actually feels edgy but also a bit misleading since with Tom Hiddleston the character feels like someone that’s all raw edge and isn’t great at hiding the fact that his mind is always churning and that he’s fully ready to do something to anyone that stands in his way. Even in the actual Norse myths, Loki isn’t the type of god that anyone really wants to hang around, apart from his wife, since he’s a trickster and is one of the most deceitful individuals around. This is a god that makes Odin, a war god and also a god capable of deceit, look innocent by comparison. With Carrey’s face, he almost looks like he could be a sympathetic character that might be able to throw people off their guard just a little better since he can access another level of emotion that people might fall for. But to see Carrey look menacing as well is kind of creepy since it’s like watching a sickness emerge from within features, a virulent emotion that bleeds through what might otherwise be a pleasing countenance that people might trust. That’s one of the big reasons why it feels as though he’d be a good Loki, but sadly, that ship has sailed.

It’s way too easy to sit back and state that Marvel co-opted Norse mythology for their own purposes since Thor, Odin, Loki, and the rest of it, apart from those that have been crafted specifically for Marvel, do make for a great story. Despite not being Thor’s actual brother and being rumored to be a blood brother to Odin, Loki has been more or less represented in a very effective way since he’s been the type of character that can’t be trusted and has been reviled by some and tolerated by others. But seeing Carrey with this look is pretty cool.