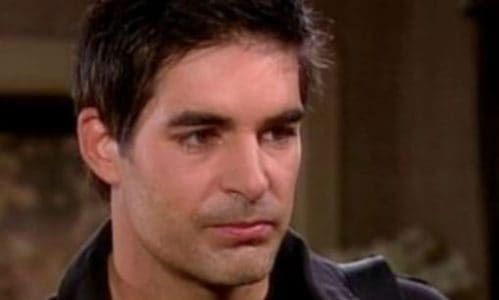 Days of Our Lives spoilers know that things seem to be looking up for Rafe right now. His entire world is finally right and where he wants it, and he’s not going to find anything in the world to make him feel bad now that it’s time for him to marry Hope even though they are secretly already married. He can’t think of one thing that might make his day bad, but he will find out soon enough that it’s one very big thing.

He knows he didn’t sleep with Sami when he was with Hope, but he also knows it was a mistake and he can’t change that. He knows that things aren’t good for them if she finds out — and she’s found out. Unfortunately, we also think that he won’t know what she found or that he will even have a chance to explain.

She is so hurt and furious that she won’t even hear him out. Even if she did allow him a chance to tell her what happened, we aren’t sure that she would forgive him for it. She’s not someone who really does things for the best reasons — and this is a big reason for her to feel hurt and unhappy. And we don’t think that he will have much of a chance to explain that he didn’t cheat on her but that he did make a horrible mistake with this. It might just be too late thanks to Claire and to her snooping.