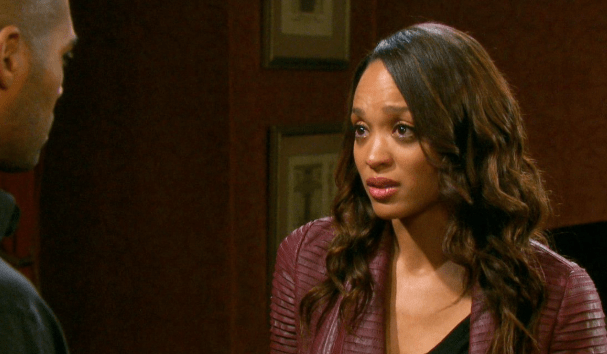 Days of Our Lives fans have been around for a long time because the show has been around for a long time. The show has been around for more than 50 years, which means there has been plenty of time for people to get their situations in order, to fall apart, and to make poor choices. Few people have had a great love story around here. Most people fall apart, forget their lives, and they don’t make it last. Some couples last a lot longer than others, but there have been few great love stories around here. In fact, there have been fewer than few love stories around here that have been beautiful. There are more failed relationships than anything else, and we want to look back at a few so bad we forgot they even happened.

It was the mid-2000s when they came out with their love for one another all over their faces, and it didn’t last much longer than that, either. He was in love with Belle, and he never stopped being in love with her. He wanted her back, but things were so messed up between them at that point we just didn’t think that it would work out for either of them. We were so into their situation, however, that we did want to see them back together. He was so lonely, and Mimi showed up and did all the right things. She said all the right words. She made all the right choices. She said all the things that he needed her to say. And that was that. Mimi was a liar, a cheat, and someone who was not good for him, and we are all so glad that he figured that out and made it known to her.

So, when Shane and Kayla got together in the 90s, it was all kinds of weird. She was with Patch long before that, and they were one of those couples you just knew were meant to be together. But, things didn’t go well for them on and off, and they both ended up with different people at different times in their lives. This was one of those times, and we don’t get it. We don’t get it because it doesn’t make much sense to us. You see, they were together, but Shane was her ex’s best friend, and they were former in-laws. It was a horrible match from the start, and we never truly understood what they were trying to do with that one. But, it was short-lived enough that we forgot it happened.

He belongs to Marlena, and he always has. There is not a time in his life when he was meant to be with anyone other than Marlena, but there were times when he was. Kate was someone he spent a lot of time with over the years, and he didn’t get to fall for her every single time. He did, however, have a brief lapse in judgment when he did date her for a moment, but he ended up figuring out that some things just don’t work. This was one of those things, thank goodness. In fact, they actually decided to be together only because the people they actually loved were dead and gone, and that made a lot more sense to us. When they both found out that their one true loves were both alive, they basically shook hands, said that it’s been fun, and moved on. That’s what we love, and that is what makes the most sense to us.

She and Jack are the one couple who belong together, and we are watching him with Eve right now in a way that doesn’t work for us. But, do you remember that one time she dated Frankie and all things got so weird? It was long before she met any of the men with whom she actually shared any real romance with, but it wasn’t any less weird because of that. She was someone who didn’t have much else to do in her life, but she did have a thing for him that didn’t seem to go away.