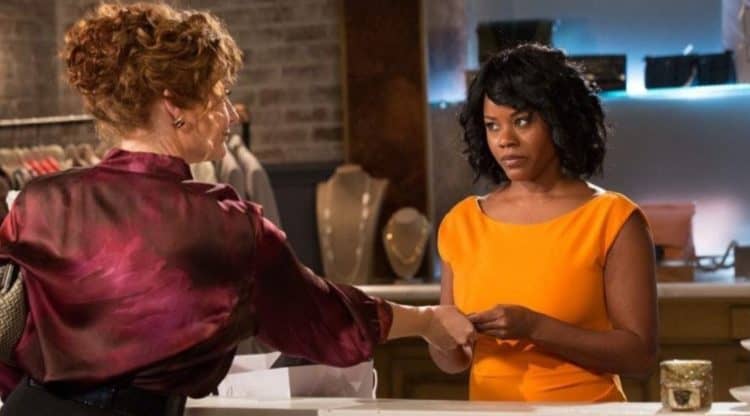 Except for a handful of movie appearances and the writing of a short film or two, actress and writer Dawntavia Bullard has remained largely unknown. The few movies she’s been in unfortunately haven’t been the biggest mainstream hits, though they may have garnered a bit of a cult following. She has most recently been credited with creating the television web series, ‘Brownsville High’ (2018), for which she has also contributed as a writer and director. Her work on this particular series can likely be credited with shining light on her work as of late, since she really hasn’t been in the limelight for a handful of years. Because of limited exposure, it can be a bit difficult to get to know a celebrity, but we think Dawntavia deserves a bit more of a fan base, so we want to get to know her better.

So, the big question is ‘Who is Dawntavia Bullard’? Well, we can deduce the obvious by the things we find in research. She is an actress, writer, director, producer, and all around participant in television and film. But what about Bullard’s personal life? Is she married? Does she have kids? Where is she from? Professionally speaking, has she any nominations or wins when it comes to awards? What has she been in? We’re going to try to answer these questions, and perhaps one or two more, and thereby give our readers a better idea of who Dawntavia Bullard is in both aspects. Fortunately for us, she is pretty active on social media, so we’re going to glean some knowledge straight from the real source: Dawntavia herself. So, for all of our information and trivia fans, here are some new bits for you to chew on. Read on…

1. Before the Camera, Behind the Scenes, And…

Teaching! Dawntavia Bullard not only acts (among many other things), but she also participates in the Miami Acting Workshop, an event held over several days which is designed to take actors ‘out of their comfort zone’ and challenge them in regard to their acting skills and broaden their horizons. Held in Miami’s Little Haiti, Dawntavia holds this workshop to share her own knowledge as well as learn new things from fellow actors. It’s definitely a constructive way to stay busy while giving back!

In 2017 Dawntavia appeared in season 4 of FOX TV’s ‘Sleepy Hollow’, which was its final season. While many movies, shows, and even cartoons have been made to recreate the infamous story of Ichabod Crane and the Headless Horseman, this is the most modern version, next to the one starring Johnny Depp, which is several years old now. It seems it was a fun project for everyone involved. Dawntavia appeared in Episode 5 that season.

3. She is a YouTuber

Dawntavia likes to do skits and the like and then post them to YouTube. Not only does she post things that her son is involved in, like sporting events, she also uploads comedy skits she does, and uses the platform to promote other projects she is involved in. She states in her YouTube ‘About’ section that ‘we are all novice in the beginning’, touches on how criticism sparks personal improvement. You can check out her channel on YouTube for yourself and see how versatile and busy her life is.

It seems that a lot of the projects she does are comedy in nature. From her YouTube skits to ‘Friday the 13th:Live Wire Lives!’, Dawntavia appears to really have fun with this particular genre, and has the physical humor skills to match. The ‘Friday the 13th’ project was a sketch based show that was put on in Atlanta at the Highland Inn Ballroom. It is held monthly, and is all-original, but whether Bullard appears every month or not is unclear.

Dawntavia has appeared countless times in guest spots on a number of popular television series, ‘Sleepy Hollow’ being only one. She also has appeared in ‘Underground’, ‘NCIS: New Orleans’, and ‘Survivor’s Remorse’ on Starz, just to name a few. She says she loves it when her agent calls her and tells her that she has a new guest role to appear in. When you do something you love, work can be exciting!

Dawntavia was born and raised in Miami, Florida, but she currently resides in Atlanta, Georgia with her son. She is active in a number of ways in both communities, including the actors’ workshop she held in Miami. She is also associated with the Atlanta Talent Agency. Her professional Facebook page, @actressdawntaviabullard, also discusses several work-related activities she participates in the Atlanta area.

While Dawntavia is very protective of her personal life and affairs, NetWorthPost.org managed to post her estimated net worth for 2019. According to that site the actress has a current net worth of $1.7 million, and no salary information is given.

9. She’s No Stranger To Struggle

Dawntavia was born to a mother who was a drug addict, and she and her five siblings were removed from the home while young. They eventually went to live with grandparents, and was eventually able to pursue an interest in dramatics in high school, where she earned awards for her efforts. At seventeen, after graduating from school, she moved to L.A., where she studied acting and gained roles in a number of short and independent films. Today, she not only acts, writes, directs, and produces, but she also contributes much time and energy to The Dream-A-Way Foundation, which focuses on helping young women who come from backgrounds similar to that of Dawntavia’s and her sisters’ to gain self-esteem and break free from the stigma of the past so they can live healthy, productive lives.

10. Her Birthdate and Zodiac

Hailing from Miami, Dawntavia was born February 23, 1985, which makes her a Pisces. Pisces women are selfless and intuitive, and they tend to be very imaginative and creative. They tend to combine this creativity with a high energy level, which enables them to accomplish a variety of purposes. Individuals born under this sign tend to look for, and find, the good in other people and in the life situations they find themselves in.

Dawntavia has accomplished so much with her life, regardless of the situations she found herself in at a young age. She also has a son, whom she adores, and she is able to give him a comfortable, safe, and fulfilled life because of those things a well. We know with certainty that we will be seeing more of this beautiful actress, and we wish her nothing but success and fulfillment throughout her personal and professional journey. She is an inspiration and encouragement to many!