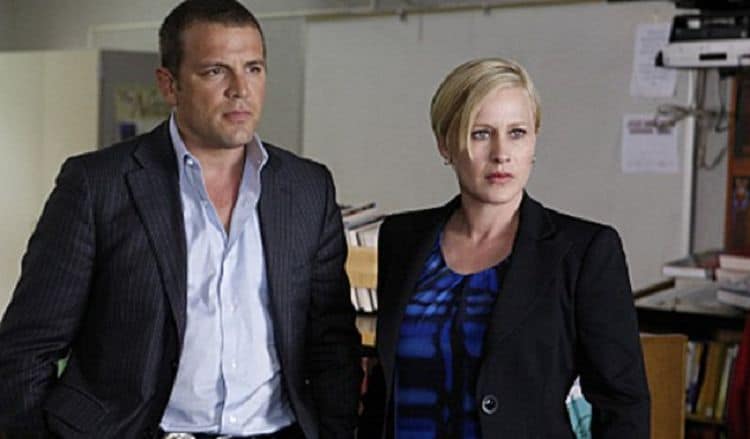 Over the course of 30 years, David Cubitt has managed to earn nearly 75 acting credits. From movies to TV shows, David has done a little bit of everything, and he’s always done it well. He is the type of actor whose range is so wide that he’s probably been in at least one thing you’ve seen (and liked). Many people will recognize him most, however, for his role in shows like Van Helsing, Siren, and The Detail. He also appeared in the first season of the Netflix series, Virgin River. No matter what kind of role he’s playing, David always brings a high level of skill and professionalism. Continue reading for 10 things you didn’t know about David Cubitt.

Staying active is a very important aspect of good physical and mental health. With that being said, however, spending countless hours in the gym isn’t something that everyone looks forward to doing. One of David’s favorite ways to stay active is to play tennis with friends.

2. He Was Born In England

David has lived in Canada for most of his life and as a result, many people have naturally assumed that he was born there. However, David was actually born in England. He and his family relocated to Vancouver when he was only around six months old.

3. He Really Fell In Love With Acting During College

David has always known that he wanted to be a performer, but in college he really got the chance to experience what it was like. He was part of a music video show called Night Vision. While it wasn’t exactly the kind of thing he’s doing now, it proved to be just what he needed to full realize his love for acting.

4. He Was Kicked Out Of Theater School

Theater school is a very common stop on an actor’s journey. Many people believe that going through a drama program can help a person get all of the tools they need to be successful. Sadly for David, however, his theater experience left a lot to be desired. He was actually kicked out of his program and told that he was a bad actor and had no future in the business.

5. He Wants To Get Into Directing

Being in front of the camera has been good to David, but there are other elements of the entertainment world that he would like to explore. At some point, he hopes to get involved behind the camera as well. He told Cyber Pursuits during an interview, “I’d love to direct because I think I have an affinity with actors and understanding the process. I have also always enjoyed photography.”

For some people, cooking is nothing more than a chore and it’s something they’ll avoid doing as much as they can. For others, however, cooking is a relaxing experience that allows for fun and creativity. David, who spent many years eating out, got into cooking several years ago and grew to enjoy it.

David is a relatively private person and he hasn’t shared much about his personal life with the world. One thing we do know, however, is that he is a very devoted father and has six children: 1 daughter and five sons. When he isn’t working, he loves to spend as much time with them as he can.

8. His Goal Has Never Been To Become A Huge Star

Working in the entertainment industry and being famous often go hand in hand, but like many others actors David acts simply because he loves it; not because he wants to be famous. During his interview with Cyber Pursuits he said, “My ambition is not to be a big star as an end in itself. I already make enough money to live comfortably. But I’d like to make enough money to have complete security for a family and choose the work that I want to do and the people that I want to work with, my friends and those I love. That would be the greatest thing. If I could make a living here, why would I want to go there? I like to play in my own sandbox.”

9. He Was In An Episode Of Supernatural

David has made guest appearances in lots of shows throughout his career and he’s gotten to work with some big names along the way. One of the shows he was in was the hit series Supernatural.  Dave had a role in one episode during 13 where he played a character named Barthamus.

Despite the fact that social media can be a very useful tool for people in the entertainment industry, David doesn’t seem to have much interest in building a big social media presence. He has accounts on Twitter and Instagram, but his Twitter account hasn’t had any activity in years. He’s much more active on Instagram, but he’s only posted 23 times in the last three years.