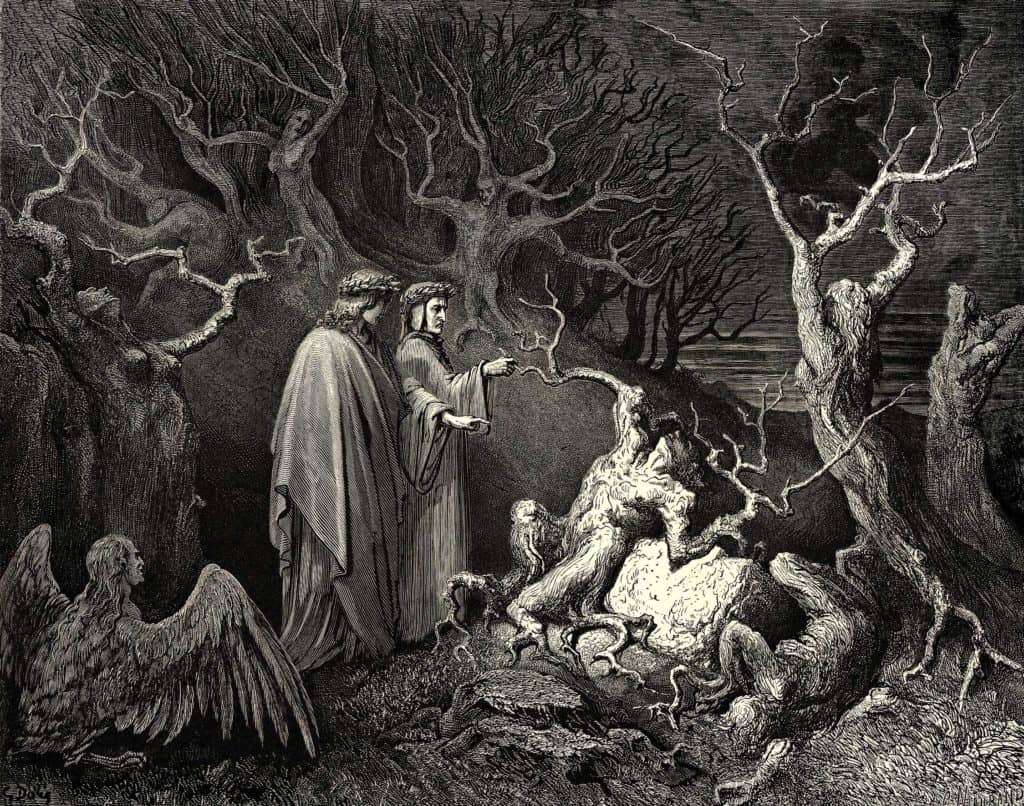 A lot of us might have had AP (Advanced Placement) English in high school and had to read The Divine Comedy by Dante Alighieri, or perhaps some of us just picked it up out of the blue and thought it was interesting enough to read. Some of us might have waited until college when we absolutely had to read it for one literature class or another, but the point is, those of us that came to the story did so at one point or another. To be fair, the original story is a little dry in some areas but also quite interesting in others. The different circles of Hell, or Inferno, has been a particularly popular subject with many people over the years and has inspired a great number of stories dealing with the dreaded realm that many people fear and some don’t even believe in. One set of stories that would make for an interesting anthology if they were ever picked up would be Dante’s Disciples, a collection of short stories that are both enticing and do offer a different version of what Dante was speaking of so long ago.

Every story is up for interpretation on how it coincides with Dante’s vision, as one of the first stories, ‘Chatting with Anubis’, reads more like a vague revenge story of how the jackal-headed Egyptian god took revenge on Moses for the ruination of his fellow deities when Moses challenged their superiority. While this story is quite interesting it still feels as though it flies wide of the mark, though it does lend itself to a great deal of imagery if someone would come along to develop it. Another story, ‘Smart Guy’ has to do with a con artist that fell out with some very bad people and was forced to go on the run. Despite thinking of himself as a smart guy, he also became involved with a few very dark forces that ended up leading to his realization that hell is far closer than he thinks, and that the devil is far more connected than anyone would believe.

The allure of these stories is that no matter how positive they might become at some point, they’re inherently dark in a way that pulls at the senses and yet demand very little since the reader is enticed rather than commanded to keep reading. That’s the trick after all when convincing people to read, to lure them in rather than demand or even grab at their attention. These kinds of stories do manage to convey the need for the audience to sink into them of their own volition, which would be the way that the series would need to be if it ever came to fruition. So many of these stories are worth reading and possibly developing for the small screen that it’s regretful to think that it’s never been noticed. The anthology came out in 1995 and at one time might have had the chance to really do something, but as one of the many forgotten tomes on the shelves these days, and likely to be found online mostly, Dante’s Disciples is a gem that has yet to be discovered.

To be perfectly honest, there are stories in the book that don’t vibe quite as well with the others and are actually kind of hard to get through since they are a bit dry, but there are others that are definitely a little too campy and feel as though they would make a perfect Tales from the Crypt story. With all due respect, each story does deserve a chance to be told, but that’s more of a personal opinion than a fact, and the interest that would need to be generated concerning this book would need to come from those that created it, as well as anyone who ever enjoyed the book. At this point, it feels as though it might be a limited series at best, or a comprehensive movie using a small handful of the stories perhaps, but it doesn’t feel as though it would gain the respect of anthologies that are highly celebrated and thought to be masterful works of art. The truth though, is that this book is something special that has been forgotten by quite a few people, unfortunately.

The really unfortunate part is that for all the great books that have been written and published, not all of them are going to be given the same type of look as others, and it’s easy to think that if such a thing did happen that the explosion of media material would be tough to cover, much as it already is at this moment. Perhaps one of these days someone will come across this anthology and think that it shows promise, but until then, my recommendation is to check this book out, since there’s at least one story that a lot of people would enjoy, it’s up to you to figure out which one.