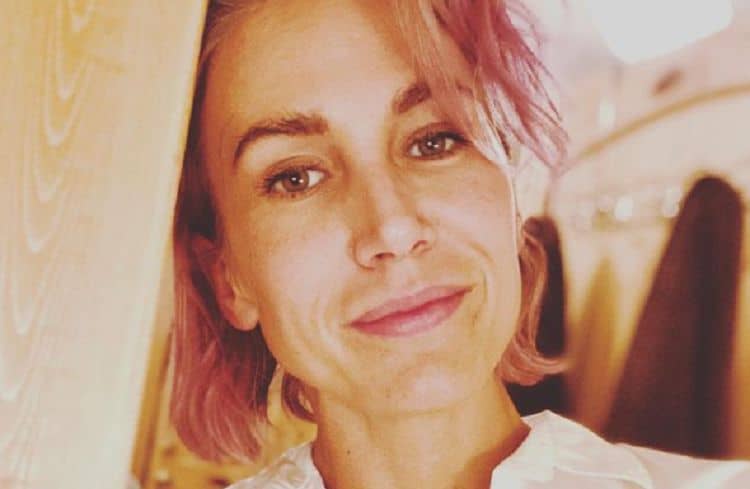 Jen Landon has been around the entertainment industry for her entire life As the daughter of the legendary actor, Michael Landon, Jen got the opportunity to work alongside her father when she was just a little girl. Although she didn’t always plan on becoming an actor, it turns out that acting is truly her calling. As an adult, she has built a successful career and carved a path for herself. She has had several prominent roles including playing Gwen in As the World Turns and, more recently, Teeter in Yellowstone. Jen’s calming presence and undeniable skill have brought her a long way, and she isn’t finished yet. Keep reading to learn 10 things you didn’t know about Jen Landon.

Jen Landon has spent the majority of her acting career on TV screens, so many people will be surprised to find out that she doesn’t actually like watching TV. She told Smashing Interviews, “I don’t have cable and I watch only about three things. I‘m not a huge viewer of TV…I don’t have time.”

Although Jen was born and raised in California, she decided to head over to the east coast for college. She attended New York University where she graduated with a degree in drama in 2005. After college she returned to California and currently lives in the Los Angeles area.

Despite spending her life around the glitz and glamour of the entertainment industry, it’s the simple things that Jen tends to enjoy the most. She loves being outdoors and walking is one of her favorite things to do. While talking to Smashing Interviews she referred to herself as an “avid walker” and said that she can walk for miles on end.

Jen may not be one of the most well-known names in acting, but that doesn’t mean her hard work has gone unnoticed or unappreciated. She won three consecutive Primetime Emmy Awards between 2006 and 2008. Each award was for Outstanding Younger Actress in a Drama Series for her work in As the World Turns.

5. She Isn’t Shy About Her Political Views

Jen has never been someone who is afraid to stand up for the things she believes in, and that includes politics. She is a strong supporter of President Biden and Vice President Harris. She has also used her platform to denounce racism and speak out against police brutality.

The fact that Jen loves to walk pairs well with the fact that she’s also a dog lover. She has two bulldogs who she often posts about on social media. Surprisingly, they don’t have their own Instagram accounts – but if they did they’d likely end up with more followers than all of us.

7. Michael Fassbender Is One Of Her Favorite Actors

Even your favorite actor has a favorite actor. For Jen, that actor is Michael Fassbender who is best-known for movies like Inglourious Basterds and the X-Men series. Jen also told Naluda Magazine that she is a huge fan of Frances Mcdormand and she would be entertained by just watching Frances read a phone book.

8. She Wants To Open A Restaurant Some Day

As much as Jen loves acting, there are still other things she hopes to do in her life. One of them is open her own restaurant. During her conversation with Smashing Interviews she said, “My fantasy is that one day I will have made enough money from acting that I can open up a restaurant that will make me no money. I just need to break even because I want it to be like a supper club in which my buddy from Alabama and I will get to sit down and interview people for 15 minutes. If we decide we want to talk to you longer than that then you are a member of the supper club.”

9. She Follows A Very Healthy Diet

You know what they say ‘health is wealth’, and Jen is all about living a healthy lifestyle. Jen’s choice to be careful about what she eats doesn’t stem from a place of vanity, however. She simply knows her body and doesn’t like to put things into it that don’t make her feel good.

10. She Likes To Give Back To Others

Jen has been very mindful about the way she’s used her platform over the years, and giving back to those in need has always been one of her biggest priorities. She has donated to several charitable organizations including Planned Parenthood and she’s also volunteered with local organizations.