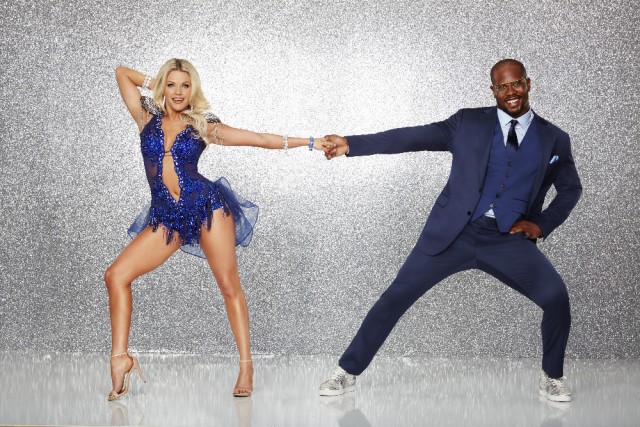 The contestants on Dancing With the Stars will be getting new partners…at least for one week. The ABC competition series will be continuing with its annual Switch-Up Night this season, after the experiment’s previous success, and we now know who will be pairing up with whom when the brand new couples take the dance floor next week.

Good Morning America revealed the pairings for Dancing With the Stars‘ Switch-Up Night on Wednesday morning. Next Monday, April 18, the remaining Season 22 celebrities will each be matched up with a different pro as they try to master a new dance.

Pairs for next week’s Switch-Up Night include Super Bowl MVP Von Miller with Lindsay Arnold, as the two of them perform the Jive, and Good Morning America meteorologist Ginger Zee teaming up with Mark Ballas for the Salsa. Plus, Dancing With the Stars is also staging a mini Fuller House reunion, as Jodie Sweetin will partner with Val Chmerkovskiy, who played a potential love interest for her character in an episode on the Netflix revival; the two of them will be performing the Paso Doble.

Check out the full list of pairs for Dancing With the Stars‘ Switch-Up Night below:

Dancing With the Stars fans, what have you thought of this season so far? Which couple is your favorite, and which one do you think will win the Mirror Ball trophy when it’s all said and done? Comment below and let us know.