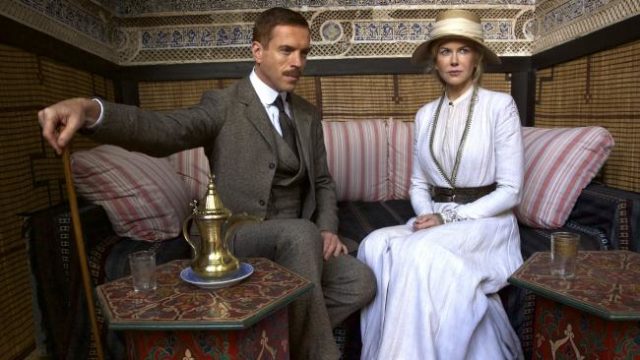 Chiselled face, green eyes, short-cropped rusty hair — Damian Lewis is easily recognizable in his acting conversions, both in the UK and America. The London-born upper class British thespian has worked extensively ever since graduating from drama school in his early 20-s. He became widely known for his TV appearances, but his film career has been steady and varied, featuring some impressive coups. Here are five of the best:

In The Baker (2007) Lewis inhabited he personality of Milo, an assassin who goes into hiding and is compelled by a chain of circumstances to adopt the guise of a small-town baker. Anybody who expected that this would reuse the premise of History of Violence which premiered two years earlier had their hopes dispelled swiftly — The Baker was sprinkled with good old English eccentricity, not blood. Although the reviews were mostly a mixed bag, Lewis’s acting was praised as masterfully offbeat and contributing massively to the most amusing sequences in the story. And of course, there was the unforgettable love scene in the kitchen — with touches from the famous food scene in Nine and A Half Weeks and Lewis and his co-star Kate Ashfield performing with hilarious intensity and perfect comic technique.

In the Queen of the Desert (2017) Lewis acts opposite Nicole Kidman and is directed by the eminent Werner Herzog, known for his emotionally detached (yet not cold) analyses on difficult, emotionally laden subjects. Lewis plays Lieutenant Colonel Charles Doughty-Wylie, who served with great distinction in the British Army at the end of 19th and the beginning of 20th century and became romantically involved with Gertrude Bell, a British writer and traveller, portrayed by Kidman. Based on Lewis’s previous form, Herzog could not have picked a better actor to appear as a celebrated military man with sculpted good looks conducting a passionate yet virtuous extramarital affair.

Our Kind of Traitor (2016) put Lewis in glasses and smart garb as an M16 spy by the name of Hector. Hector is tasked with providing investigative brilliance, as well as some moral guidance in the precarious settings of transnational corruption and espionage exemplified by the le Carre books, on one of which the movie is based. The character does not leave much to chance, and neither does Lewis in his acting career — to prepare for the part he met up with active MI16 operatives and that helped him make his body language and facial expressions more authentic.

The Escapist (2008) showed Lewis as a super-convincing villain with a quiet voice and impassive eyes. There is an air of deep menace emanating from his whole performance in this suspenseful convict drama. Here Lewis testifies magnificently to his acting range and proves beyond doubt a capacity of theatrical evil — his taut features, controlled gestures and verbal delivery translate the brutality of the script into a frightening image.

Keane (2005), a mystery drama, earned Lewis some of the greatest accolades of his movie career. And deservedly so — his intense depiction of a man tortured by the loss of his child and by mental illness makes for a harrowing viewing and steps up the tale that is already heavy with seediness and suspicion. There is a sense of wrong-doing and guilt pervading the character’s journey, but also a flicker of humanity — all thanks to Lewis’s magnificent acting. To the audience captivated by the murky world he exists in, Lewis’s Keane lays bare the crevices of his dark mind — for everyone to see, and for some to understand.