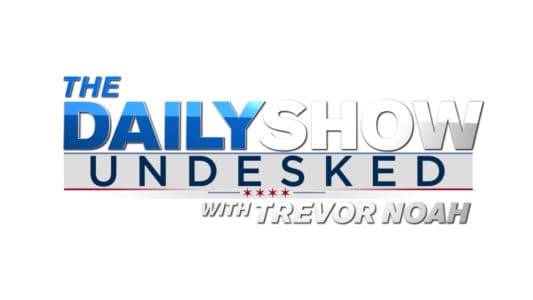 This week, The Daily Show with Trevor Noah will be doing their shows in Chicago titled “The Daily Show Undesked Chicago 2017: Let’s Do This Before It Gets Too Damn Cold.” The show will be taping from Monday through Thursday at The Athenaeum Theatre. They have also announced their guests who are all Chicago natives.

This Monday, October 16, Grammy, Emmy, and Oscar-winning musician, actor, and activist Common will guest on the show. On the following day, former U.S. Secretary of Education and Managing Partner of Emerson Collective, Arne Duncan, and Chicago CRED Community Change Leader at Emerson Collective, Curtis Toler will visit the show. Then, on Wednesday, October 18, Emmy-award winning writer, producer, and actress Lena Waithe (you may know her as Denise on Master of None) will join the show. During the last day on Thursday, October 19, rapper Vic Mensa will be appearing.

The Daily Show Presents: The Donald J. Trump Presidential Twitter Library will also open in Chicago this weekend. To the ones out there in Chicago, you can visit it inside the Chicago Union Station’s newly renovated Burlington Room (225 South Canal Street, Chicago, IL 60606, enter through the station’s Great Hall) on Friday, October 20, and will be open through Sunday, October 22 between the hours of 10:00 a.m. and 10:00 p.m. CT. Admission is free and open to the public. The library will feature visual and interactive experiences to memorialize President Trump’s Twitter history.

You can watch The Daily Show with Trevor Noah every Monday to Thursday at 11:00pm ET/PT on Comedy Central. It is available to stream the following day exclusively on thedailyshow.com and the Comedy Central app.