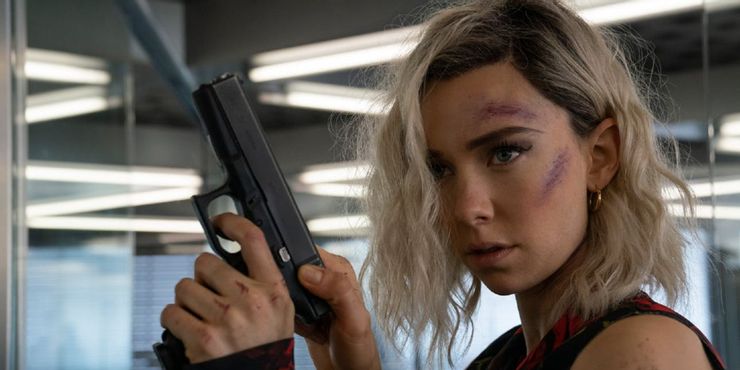 Even with the reality of the end to the Fast and Furious franchise starting to loom on the far horizon, it would appear that the story isn’t going out completely since the call for a Shaw family spinoff is something that plenty of fans believe could work, and it could actually be something we’ll see given that Owen, Deckard, Hattie, and Queenie all have different paths that they choose to walk. The fact that Hattie is MI6 doesn’t appear to matter quite that much since she appears to be the type that’s down to do some shady stuff so long as it’s not what her brother Owen was into, and she might not be quite as brutal as Deckard. Whether it would be a movie featuring the actors we’ve already seen or if it would be a prequel is hard to say, but a continuation of what we’ve seen already would be more likely, especially given that people are already comfortable with the characters and their relation to the Fast and Furious franchise. In fact, the only one that hasn’t actually been seen in the main franchise is Hattie, and it might be better that way.  As F9 showed by bringing in a couple of the characters from Fast and Furious: Tokyo Drift, it’s not always a good idea to include everyone, since whatever credibility had been earned in Tokyo Drift kind of faded away quickly when they were depicted in F9 as a bunch of goofballs. But it doesn’t feel as though this would happen to the Shaw family if they were given their own spinoff, especially since if it didn’t feature anyone else from the FF franchise, excepts peripherally perhaps, it’s likely that it could be its own movie will remaining attached to the FF movies by a very strong bond that would keep things familiar.

But with the thought that so many people know who the Shaw’s are, and are well are of how to tie them up if they needed to, the story kind of needs a bit of work since no matter how skilled each one of them happens to be, it stands to reason that there’s someone better out there that would be able to track them down and even cause a great deal of trouble for them. In other words, a story is what the movie really needs to get off the ground, and if there’s that, then all that’s needed is for the actors to return and the magic to be displayed once again. The only downside of course is that much like Hobbs and Shaw it does feel as though things would fly off the handle and go way out of bounds at some point. This means that the displays of strength, durability and the overall makeup of the action scenes would once again be superhuman since this is what the FF franchise has been about for a while. The first movie dialed it down quite a bit, but from that point on things really got out of control since by part 2 there were stunts being pulled that would easily kill the people taking them on if it happened in real life.

For crying out loud, F9 had Roman and Tej in space with a jet engine strapped to a car, and no one cared because they thought it was one of the greatest things ever seen. Realism has been taking a back seat in the FF franchise for a while now, since the over-the-top scenes that are delivered so readily are what people come to see, in part. With the team of Luke Evans and Jason Statham, and now Vanessa Kirby, there’s plenty of action to be had and good enough acting to please the fans. But again, the one sticking point is where the story would go and what it would be about. If anything is going to be up for discussion that would be it, but the upside is that with the Shaw’s it’s likely that there could be a large number of ideas already on the docket, and some of them might involve Cipher, seeing as how she’s utilized the skills of both Shaw brothers and hasn’t yet met their sister it would appear.  However the story is going to be continued the point is that there’s already a web filled with stories and ideas that could continue the FF franchise in a big way. There might be a lot of fans that would like to see a few of those within the core group utilized in a couple of ways that might make things even more appealing, but that’s kind of up to the actors and whether or not they could fit it into their schedules once the main story is over and done with. When all is said and done though it’s bound to be interesting to see who’s still standing.