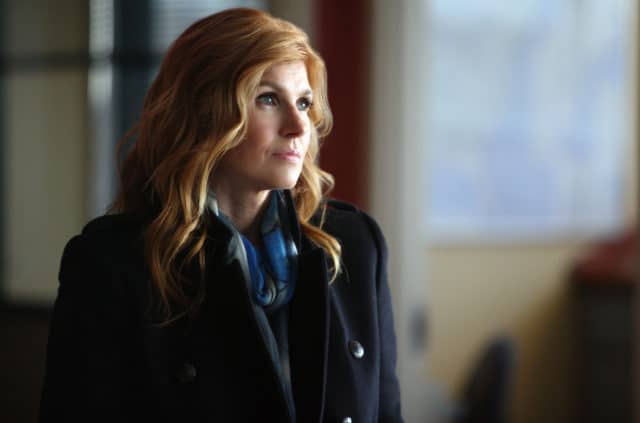 Connie Britton’s break from television will be a short one. The actress who vacated her starring role on the CMT drama Nashville earlier this year is set to make a return to television in 2018. This time she will be teaming up with Ryan Murphy on a new project he is developing with FOX.

The new series is called 9-1-1 and will be centered on the lives of paramedics, police officers, and fire fighters as they work every day in extremely dangerous situations. The stories will also focus on their personal lives outside of the work place. The series will also feature Angela Bassett (American Horror Story) and Peter Krause (Parenthood).

Britton is no stranger to working in the Ryan Murphy world. She starred on the first season of American Horror Story, a role which gave her an Emmy nomination. Britton was also part of the amazing cast for American Crime: The People v. O.J. Simpson. She played Faye Resnick in two episodes of the miniseries.

Ryan Murphy and Brad Falchuk will be executive producers for 9-1-1. The two have already produced shows for the FOX network including Glee and Scream Queens. The series will air mid-season and run for 13 episodes.

Are you excited about Connie Britton’s return to TV? Let us know in the comments section below.