Home
Movies
Class Action Park is a Must See Documentary 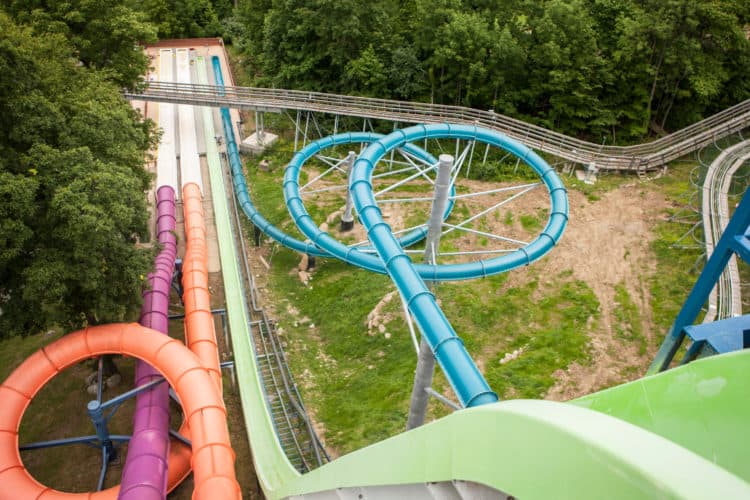 In terms of a documentary Class Action Park seems as though it might need to be taken with a big grain of salt. Whether folks like Matthew Hart of Nerdist agree is kind of irrelevant. Honestly it’s horrifying to hear that the liability insurance was fake, but it’s also important to note that anyone who goes to an amusement park, no matter where it is or what it offers, is taking their life into their own hands, and those of anyone that they take with them. Things tend to happen at parks, even when as many safety measures are taken and put into place. But seriously this place sounds like it was an adrenaline farm just waiting to attract danger junkies that had no regard for their own safety. The fact that children were likely brought to this place in droves as well is kind of disturbing but at the same time it’s a sign of the times that this place was even allowed to keep going after the first fatality. These days the first time a person was hurt there might have been an investigation that would have shut the place down.

The park did close in 1996, but this was after people had been injured and some rides had to be dismantled due to various reasons, as Ben Pearson of SlashFilm talks about. A lot of people that went to the New Jersey park would go on to say later on that the park was infamous for people getting hurt and even dying. You would think that the first fatality would be enough to shut it down, but somehow Americans don’t seem to think that death is a good enough reason to halt a business for more time than is needed to let the investigation run. In a way this park was built for those that wanted to take on an experience that would give them a serious rush but at the same time make them wonder if they were going to get out alive. Some of the rides no doubt had little if any risk, but the water slide that had a 360 loop was a childish construction that quite honestly was fun to think about but from a physical standpoint just wasn’t all that smart. Parks such as this tend to need to think about the safety of their patrons along with the need to keep them entertained and wanting to come back. Somehow though even with the negative reputation of Action Park the place still saw people coming and going each year. It’s kind of morbid but death definitely has the effect of interesting people to the point that they’ll actually visit a spot where a person has perished if only to say that they were there. That seems to have been at least a part of the park’s allure at some point.

Folks like Barry Petchesky of Deadspin feel that this documentary is long overdue and he could be right since it’s been well over 20 years since the park closed. It almost feels as though those that had been to the park and those that had something to do with it wanted to bury the story or simply let it fade into history as much as possible. But bringing it back to light almost makes it seem as though someone was fishing for a story and found a bit of controversy that some people had put behind them and might have wanted to forget. As a story it does seem as though it should come out and be noted as a moment in entertainment history when people were willing to put their lives in danger. There’s no doubt that the park had a lot, a LOT of issues that needed to be fixed, repaired, replaced, or even just shut down entirely, but people who knew what they were walking into after hearing about injuries, deaths, and all sorts of information that might have been passed by word of mouth, had that choice to stay away or risk it. The documentary is hopefully simply about the problems that went on at the park and why it was allowed to go on, since they did have a lot of responsibility in people getting hurt, but if it goes on to completely vilify the park for the people that continued to come and risk their lives then it might need to flip the script a bit.

You don’t go to a place that you hear is dangerous if you have any doubts, do you? In nature it’s easy to do risk assessment, as taking a hike, visiting a beach, or going off into the woods when you know it’s dangerous or risky is entirely up to the individual. So why would it be any different when going to a man-made amusement park? It’s a big hope that the documentary is fair enough to state that people were just as responsible for visiting a place that had a dangerous reputation after a while than to make viewers think that the park was able to draw in the unwitting and hapless victims that either limped out with injuries or were carried out when all was said and done.