Home
Movies
Horror
Child’s Play: Is The Remake Better Than The Original? 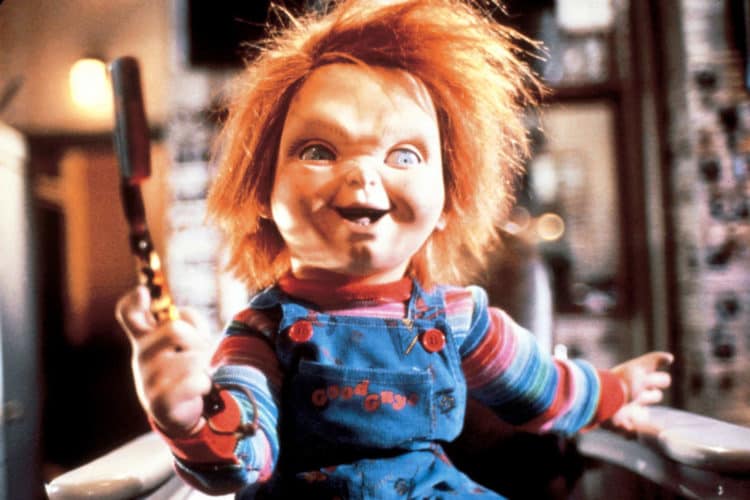 In 1988, an iconic figure of horror stepped into the limelight, Chucky, who was possessed by the evil spirit of Charles Lee Ray. Knowing that the evil doll could never match up to Michael Myers or Jason Voorhees, the creators of the franchise smartly made the film a horror/comedy. Child’s Play wasn’t the masterclass of horror that audiences had expected in the slasher genre; however, the hilarious antics of the murderous doll is what made Chucky the iconic figure that he is today. While the franchise veered into over-the-top comedy too many times, it was Chucky who kept the series afloat, thanks to Brad Dourif’s amazing voice work. After seven installments, there was a reboot in 2019, starring Aubrey Plaza, Gabriel Bateman, and Mark Hamill as the voice of Chucky.

You know the drill by now, Andy Barclay moves to a new city, gets a Buddi doll – who happens to be corrupt -, the bastard kills everything who either threatens the young boy or attempts to replace him as Andy’s best friend. Considering the negative history of the remakes, the 2019 Child’s Play is actually…good. Most of the beats of the original film remain the same; however, Lars Klevberg makes enough changes to the source material to make the film his own. On the flip side, Aubrey Plaza looks too young to play Andy’s mother. However, it’s Aubrey Plaza and she kills the role with ease, so it’s not a major issue that she looks more like Andy’s sister. Gabriel Bateman was a great choice to cast as Andy. The young actor comes across as sympathetic because his emotions feel genuine.

Of course, it helps that Andy is written as a fully layered character. Andy’s relatable because many of us have been in his situation as teenagers, the new kid on the block who has trouble making friends or dealing with the social anxiety of navigating the world at such a young age. However, the kills of Child’s Play are pretty sweet. In fact, I would say that the kills in the remake are far better than the original. Shane’s gruesome lawnmower death and Gabe’s saw blade death are easily the two best of the film. The filmmakers do an excellent job of building up to most of the kills before Chucky finishes the job. Of course, it helps that we’re given a reason to care about most of the characters who die. Shane was a complete douchebag, so his role was essentially created to die. Even though we don’t know much about Gabe’s character, we do understand that he’s a creep and a pervert, which is enough detailed characterization. Doreen’s death hits the hardest emotionally as she’s an extremely likable presence throughout the film before she’s wacked by the psycho Buddi doll.

So, the Child’s Play remake actually sounds good, what’s wrong with it? I admire the filmmakers taking a different route here; however, the biggest change that was made was a mistake. Mark Hamill is known for his tremendous voice work, most notably as The Joker in numerous animated Batman films, so the actor has plenty of charisma to spare. However, Hamill isn’t given enough material because the filmmakers decided to restrict the personality of Chucky. That’s equivalent to wiring Deadpool’s mouth shut. Chucky is such an iconic villain because of his colorful personality. The Buddi doll isn’t in the same vein as Jason Voorhees or Michael Myers, and having a killer doll is quite silly of a premise actually. The remake goes for a more grounded and realistic approach, and it works for the most part, but stripping Chucky of his personality noticeably makes him a boring villain compared to the original. I know having him be a possessed doll comes across as silly in the original film, but Lars Klevberg could’ve leaned on the dark comedy aspect of the film instead of making it too serious. After all, the villain is a killer plastic doll. Unfortunately, Chucky’s dry personality does bring down the film a bit, even though his motivations and actions make complete sense. The main problem is that the Child’s Play remake is bearing its predecessor’s name, thus it’ll always be compared to the original series. Don’t get me wrong, the original Child’s Play films are not a high class of horror movies, but it was definitely carried by our murderous villain. Still, you could do a lot worse than this Child’s Play remake. It’s genuinely a good film. A bit predictable, but considering that this Child’s Play remake could’ve gone south easily, it’s commended that the film turns out so well.