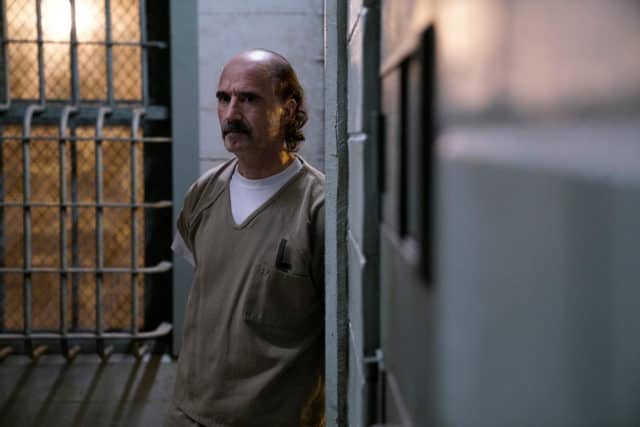 The walls have been closing in on Hank Voight for a long time. It’s been so intense, so uncomfortable, that it makes your stomach hurt. This is one tight spot Chicago P.D. can’t get out of. It would be easier to stomach if it was all someone else’s fault, but Voight put himself in this position. But it is another member of Chicago P.D. who will pay the price. When Denny Woods said an indictment was coming down, he didn’t say who he was coming for.

This was Denny’s plan all along. He didn’t just want to take Voight down. He wanted to make him hurt. Framing Olinsky for the murder of Kevin Bingham was the one thing Denny could do to put Voight over the edge. It’s sickening to think that Denny is actually enjoying this. I really want to know what is so wrong with Denny that he would take pleasure out of this. Knowing Voight and his unit, they’ll deal with him later. For now, the priority is to get Olinsky out of jail.

Now should not be the time when Intelligence is working a case, but Voight knows they must. Especially when the case involves a shipment of illegal assault rifles. Honestly, I’ve never been more annoyed with a gangbanger. One loose cannon kid throws the whole deal off. It puts the gangster’s plans off, it throws the cop’s plans off, and delays Intelligence being able to be there for Olinsky. If there was a time for Chicago P.D. fans to advocate for the bad guys to conduct their business in a civilized manner, this would be the week. Instead, one death leads to another and another, until the whole thing snowballs out of control. Intelligence manages to recover the weapons, but not before a lot of close calls.

Despite all the chaos, Voight does his best to get Olinsky off the hook. He comes close, since he has a sympathetic judge he can ask for a favor. This judge can’t just sympathize with Voight, he can empathize. He also killed the man who killed his child. But Denny puts a stop to any interference by placing a call even higher up the chain of command. Now Olinsky has no way out. The rest of Intelligence would do anything to help Olinsky, but it’s not even a question. There is literally nothing they can do. This burden sits squarely on Voight’s shoulders, and there are only two options. He can either let his best friend sit in jail for his crime, or he can confess to the murder himself. There is no third option, no last minute Hail Mary. Even then, Denny could decide to have two for the price of one. That is, if Olinsky survives the stabbing he just got.

Has Voight drawn his friend into the one situation neither one of them can escape?

Olinsky prepares to make the ultimate sacrifice for Voight and Chicago P.D.