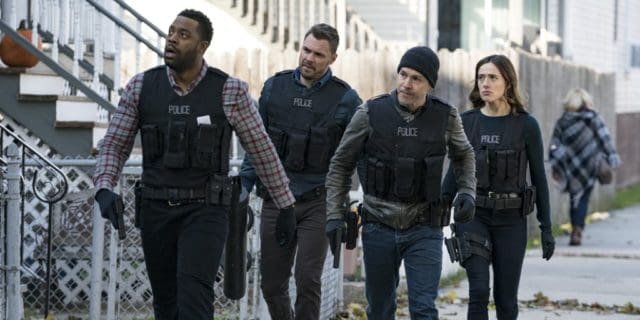 This week on Chicago P.D., the focus is on the moral implications that come with recruiting and keeping confidential informants. It’s an interesting study which is observed from two different perspectives. The first perspective is Upton, who while new to Intelligence, has years of experience breaking in CI’s. Burgess on the other hand, has no experience. She gets some, and it is through that experience and Upton’s teachings that she gets a more realistic impression of what having a CI means. The more Upton is on this show, the more we find to like about her. She has had Halstead’s back, but she doesn’t put up with any of his lies. Since Lindsay has been gone, it’s also good that Burgess is working with another experienced female cop. Upton pushes Burgess to treat the rule book with a little bit of leniency as she breaks in her first CI, but Burgess does the opposite. Whose strategy is better? You be the judge.

With the deadline coming up for Burgess’s CI Sienna to give up information, she claims that her friend Isabel’s boyfriend was bragging about killing someone. They find the body exactly where the boyfriend said she was. The Jane Doe is Sylvia Castro, a 19-year old coerced into getting illegal plastic surgery to be more appealing when she is pimped out. After some digging, Intelligence realizes the ‘boyfriend’ both Sylvia and Isabel were dating was actually the founder of a women’s shelter. He used the shelter as a hunting ground for girls. A guy like that isn’t about to let anyone stop him, so Burgess pushes Sienna harder to find Isabel. The result is that Sienna is killed.

Eventually they lure Isabel into a trap. This time around Burgess chooses to do things differently. Instead of being hard on Isabel, she is comforting and supportive. Whatever it takes to make Isabel think that she can let her guard down, long enough to bring her pimp boyfriend Damien right into the trap. Unfortunately, they don’t find any clue as to where the other girls are. Damien, like so many other low life’s, doesn’t know Voight. Voight would happily have taken Damien out, but it’s actually better that he doesn’t. Damien screws up, first by calling for help, thus leading the cops to the girls he was holding. Then by being dumb enough to leave a voicemail which proves to Isabel that she is nothing more than “product for sale” to him. After that, and with some careful persuasion from Burgess, Isabel has no reason to protect Damien from being prosecuted for murder.

Burgess was able to save most of the girls, including Isabel, but the cost was high. Not only did Sienna die, but one of the other girls was a diabetic who didn’t get her insulin in time. The only way they could have saved the diabetic girl was to put Upton’s CI at risk, and that just wasn’t an option. Burgess learned a hard lesson about trust, which is going around the station. Just because Ruzek is working with Voight, doesn’t mean he is out of the dog house. The same goes for Halstead. He screwed up so badly, dating a drug dealer, that he is forced into desk duty and therapy sessions.

Halstead has a lot to work through, unlike Ruzek and Burgess who just fall back into old habits. The question is, is it a one-time thing?

Burgess practices breaking in a confidential informant on the latest Chicago P.D.