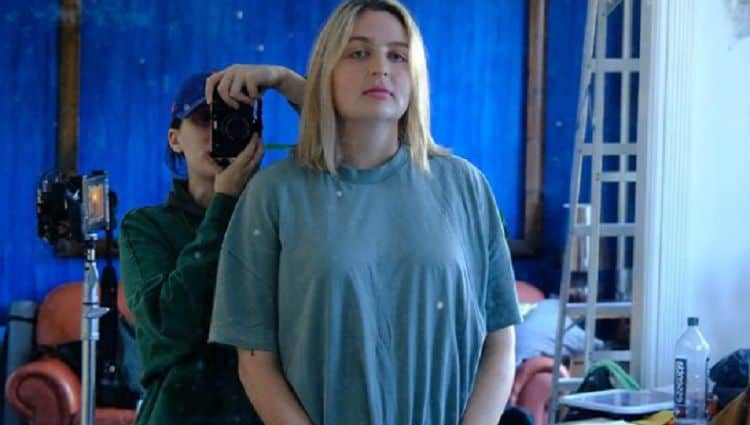 Chelsea Holmes is her name, but you won’t really find her associating with her first name online. She goes by Holmes, and she seems to like it that way. She’s a comedian. She’s an actress. She’s funny, and she has a huge online presence. She performs onstage. She performs on television, and she is a woman very open with being who she is without feeling as if she has to conform to any norms. She’s just telling her jokes and making people laugh, and we thought you might want to get to know the star of “Welcome to Flatch,” which is airing on FOX.

1. She Goes by Holmes

When she works on her own website, she calls herself Holmes. We get it. She has a cool name, so why not? Chelsea goes by Holmes Holmes on her own personal website, and she makes it relatively clear she enjoys using only her last name. It’s fine.

2. She is a Comedian

We think that while she is many things, a comedian might be her favorite. She seems to really enjoy taking on a funny role, being humorous and just giving everyone a good laugh. She’s also quite good at it, so we don’t blame her.

3. She Has No Hometown

According to her personal website mentioned above, she is a woman without a hometown. How is this possible? Honestly, we don’t know, but she writes it in her about me section, so it must be true, right? She does say she moved around a lot, she grew up in many states. Perhaps she just didn’t feel she was anywhere long enough to call it home.

4. She Shares a Common Name

She’s openly pansexual. If you’re not sure what it means, you might be confusing it with bisexuality, which is when a person is attracted to both men and women. However, when you are a pansexual versus a bisexual, you simply don’t see gender.

She’s starring in her own version of the Bachelor these days, and she gets to choose from 17 people to take home. Well, 16 because one comedian did not show up to make himself fall in love, and she said that it did hurt a lot. She’s starring at the Elysian Theater, and fans love it.

Holmes lived in the city for nearly four years of her adult life, and she really loved it. Saying goodbye to the city was difficult for her, and she recognizes that. However, we think it’s amazing that she took herself from a place she loved so much and moved to a place she wasn’t sure about right away – bravery is hard. She will be back, though.

She said that once she lived there for part of a summer. She really liked it. We are not sure if she thought she might not like it so much, but she really did. She seemed surprised, and it was a beautiful thing.

9. She Was Accepted into Julliard

She did some big things when she graduated from high school, and she did it. She wants all high school seniors to know that you have to pay close attention to things like the admissions essay. She wants you to know, per a 2019 Instagram video she posted, that you should write your college admissions essay about what you want to do rather than other things. She wrote hers about being able to play the piano, which she actually could not do at the time, and she was accepted into Julliard and it never once came up. Maybe she’s joking. Maybe she’s not. Either way, we like the lesson she’s sharing.

At the end of the day, we don’t actually know a thing about her. She is very private, she keeps to herself, she says things we don’t know if we believe or not because she’s a comedian and sometimes comedians say things in a joking manner but we don’t know how to take them. She’s a master at getting people to believe what she says even when you know it might not be the entire truth. We like it.