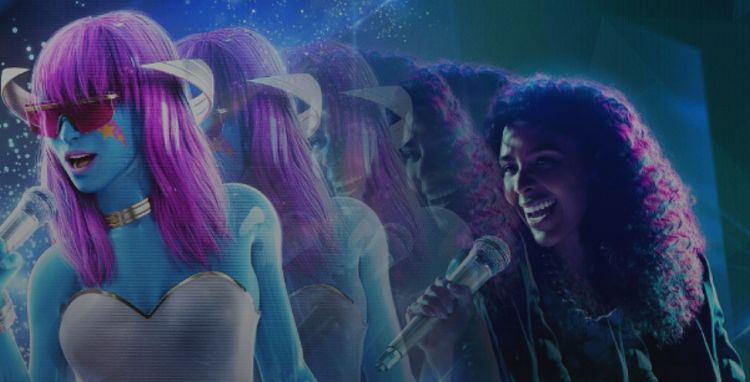 Singing competition shows have become very popular over the last 20 years. Recently, FOX has been leading the charge when it comes to putting a creative spin on these shows, and they’re about to take things to another level. On September 22, the network will debut an all-new series called Alter Ego. Similar to The Masked Singer, Alter Ego will feature singers who are performing in costume. This time, however, the singers will not be celebrities and the costumes will actually be digital avatars. The show is shaping up to be FOX’s next big hit and it may help usher in a new generation of shows. Keep reading to learn 10 things you didn’t know about FOX’s new show, Alter Ego.

1. The Show Is The First Of Its Kind

2. The Show Will Be A Second Chance For Some Singers

Breaking into the music industry is extremely difficult, and that’s something that many contestants on Alter Ego will understand. Unlike other competition shows, many of these singers aren’t looking for their first shot. Some of them have already attempted to start their careers, but things didn’t go as planned. They’re hoping that their time on the show will be the second chance they’ve been looking for.

Lots of TV fans look forward to being able to follow their favorite shows on social media. People interested in watching Alter Ego can get ahead of the curve by following the show now. The series already has official accounts on Facebook, Instagram, and Twitter. The fact that the show already has social media profiles shows that FOX is anticipating that it’s going to be a huge success.

4. Contestants Come From All Walks Of Life

One of the cool things about Alter Ego is that contestants come from all sorts of backgrounds. Having a wide range of contestants means that there will likely be people that all viewers can connect with. On top of that, it’ll be interesting to learn some of the contestants’ stories.

5. Contestants Will Create Their Own Avatar

Viewers will be excited to know that they’re going to be seeing all sorts of different avatars on the show. The contestants will get to design their own avatars. The idea is for them to create an animated version of themselves that allows them to feel confident and ready to perform.

In addition to being able to follow the show on social media, fans can also go to the official FOX website to see clips and extras from the series. At the moment, the website has several previews that viewers can check out before the show officially airs later this month.

7. The Show Has Some Very Well Known Judges

Every competition show is only as good as its judges, and Alter Ego definitely hit the nail on the head in that department. The judges are Alanis Morissette, Nick Lachey, Grimes, and will.i.am. Each of these successful musicians brings something special to the show. At the moment, it’s unclear if the judges will decide the contestants’ fate or if viewers will be able to vote.

8. The Show Could Be Good For People’s Mental Health

Over the years, countless celebrities have spoken out about how stressful it can be to have a career in the spotlight. Grimes, who is one of the judges on Alter Ego, has experienced this as well. She believes that using avatars can help eliminate the mental stress that comes with performing.

9. The Premiere Will Be Two Nights

Have you ever heard the phrase “so nice had to do it twice”? That’s the exact approach Alter Ego is taking when  it comes to launching the series. The premiere will take place over the course of two nights beginning on September 22, 2021. It will air after the premiere of The Masked Singer.

10. The Show Is Hosted By Rocsi Diaz

In addition to great competition and good judges, every TV talent show needs a great host. This is another area where FOX has knocked it out of the park. The show will be hosted by none other than Rocsi Diaz who has hosted several shows over the last 20 years. However, this will be Rocsi’s first time hosting a singing competition show.