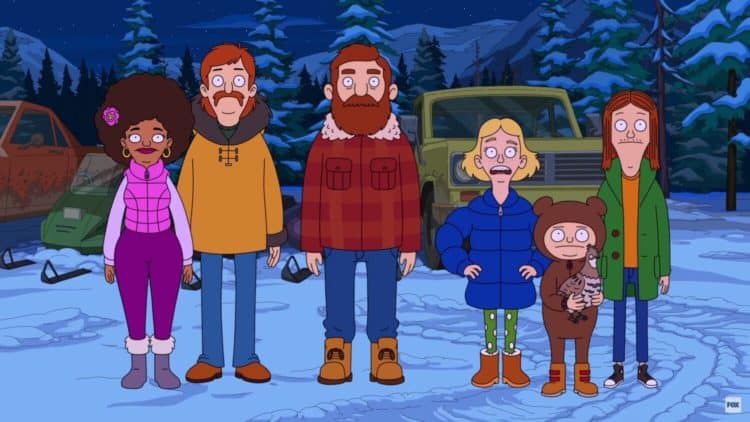 It sounds as though The Great North has actually been approved for a second season and it doesn’t even premiere until February 2021. Either the studio thinks that they’ve got a great hit on their hands, which they could, or they’re simply fishing for content and want to place faith in something that hasn’t been proven yet but is already looking funny enough that it could possibly meet their expectations. It feels like a gamble either way since approving the second season of something that hasn’t been earned much of a response yet is bound to sound kind of odd to a lot of people. But without a firm background in how these things work, it could be that a lot of us, myself included, don’t understand enough to really comment on it. Well, that’s what opinion is for thankfully. Taking a look at the trailer though it does feel as though The Great North could be a funny comedy that might be engaging enough for those that enjoy it to keep following since the cast that’s been pulled together to voice the characters is already pretty impressive. Nick Offerman is heading up the cast as the lead character of Beef Tobin and is being joined by Jenny Slate, Will Forten, Dulce Sloan, and a few others to give the show a great cast that will likely be very recognizable to many viewers.

Animated shows such as this are often criticized by those that don’t fully understand or enjoy them, but taking the time to sit down and just have fun with the story and get to know the characters often allows a person to realize that it’s not meant to be taken so seriously and that the animation if it’s not to their liking, is still rather impressive since it’s different but still professional and able to elicit a few laughs from even the most jaded individuals if they allow themselves to enjoy it. Like many shows that take place up in Alaska, we’re going to be likely to see a lot of snow, a lot of jokes that have to do with ice and snow, and a lot of story content that will revolve around the cold weather. There are quite a few comical routines that can be done with this and since Beef is the kind of a guy that is trying to keep his family together and manage everything as well as he can, or so it sounds, it’s bound to be even funnier since the foibles a father can commit when trying to connect with his kids usually become one of the driving ideas of such a show. After all, being able to laugh at some of the things that many parents will recognize as important times in their kids’ lives while understanding the seriousness behind it is a big part of what makes comedic shows so funny. We laugh not because it’s not happening to us or has never happened to us, but because we might have known someone it happened to and can empathize but also see the comedy in it.

To some folks that might sound unbearably cruel, to laugh at real-life situations that are being depicted in animated form, but the fact is, comedy traces its roots back to tragedy and despair and struggle all too often. Creating a funny and engaging experience out of such moments makes it possible for many people to simply let it go and laugh it off since this tends to rob some instances of their power to keep people depressed and feeling utterly hopeless. The idea that Beef is attempting to connect with his kids, keep his fiance happy, and keep life on an even keel is possibly going to sound horrifying to some people that would see this as a challenge that many just couldn’t meet. But injecting comedy into it not only loosens things up a bit, but it makes life a little more bearable as well since the ability to laugh can ease the tension in a lot of situations when people might feel that they’re about to snap. That’s just a part of why animated comedies such as this one are important since they remind us that as tough as life can get, there’s always bound to be an excuse to laugh and just enjoy the moment.

Thus far it does sound as though the show will be a lot of fun and will deliver a good number of laughs to anyone that’s willing to watch and enjoy the content. Exactly what kind of jokes and content are coming isn’t too hard to guess since the teaser makes it kind of obvious that we’ll be able to expect the kind of humor that the actors have been known to engage in throughout the years. So in other words, it should be fun.