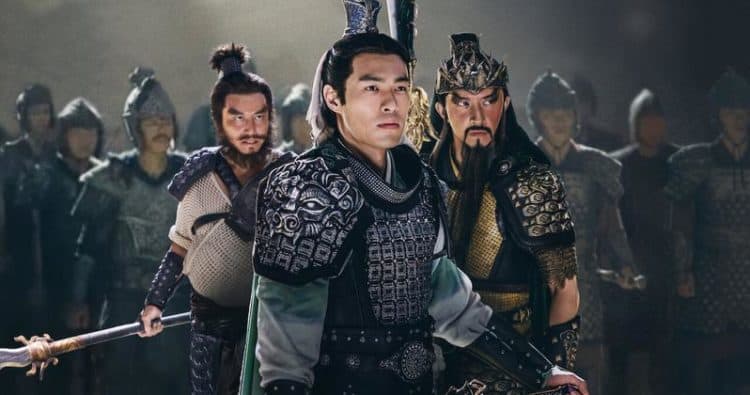 Fans of the video game Dynasty Warriors are bound to recognize quite a bit in this movie as it’s already been released as of April and will be headed to Netflix on July 1st. The movie, spawned from the game of the same name, appears to be pretty much what people will expect, something that’s over the top in one of the most awesome ways and out of control in terms of special effects. While that acting might be a bit overplayed it’s fair to state that this will be forgiven by quite a few fans that have been enamored of the game since it first arrived in the 90s. The visuals and the slightly campy manner in how one warrior can sweep dozens away with a magical, devastating attack is on par with the games, which is what many fans are bound to enjoy since this is essentially the point of the movie, to show something grand and so overreaching that people will either love it or turn their eyes from it with a chuckle on their lips. Seriously, this is how many video game movies have gone, but what Dynasty Warriors has going for it is that the movie embraces the idea of the games so fully that going with it is much easier.

One big problem with movies that are fashioned from video games has been that the movies either adhere too much to the game and end up belonging solely to the fans that understand every nuance of the game, or the movie will pick and choose what to include and eschew many important parts of the game, thereby leaving it feeling incomplete and not nearly as recognizable. This is what Dynasty Warriors brings to the screen, the adherence to the game in a manner that is easy to recognize and yet falls just short of being so overbearing that it can’t be watched. From the action to the storyline, many people have found this movie to be quite mesmerizing thus far, and as an addition to Netflix, it’s already sounding as though people are fully on board and ready to partake of the over-the-top action that the movie is promoting.

The style of dress, the weapons, and the actions that are seen in the trailer are definitely something that would come from a game since looking back through history it’s very easy to see how much of it would emulate many parts of life that were realistic. But as many people would note, the movie is also taking things in a direction that makes everything bigger and more exaggerated in ways that the average game might approve of or simply roll their eyes at. To be fair, this is something that many of us in our younger days would look at and get pumped up by since it does tell a compelling story since fiction is about going as far as the imagination can reasonably take a person while remaining within a few boundaries in order to keep the interest of those that might not be enamored of the different effects that give people what amount to supernatural powers. The idea essentially is to go as far as Crouching Tiger, Hidden Dragon in terms of effects, such as people flying about and laying waste to mass numbers of enemies, as was done in the movie Hero, but not go so far that people would turn away from the sheer, ridiculous nature of it.

Some might want to argue that Dynasty Warriors does the latter without fail, but the style that the movie depicts is great enough that the story remains compelling and capable of drawing people in rather than repelling them outright. Movies such as this are often enjoyed by those that don’t judge too harshly based on the wild and outrageous aspects that some people feel detracts from the overall story. One thing that is important though is that there actually is a story to tell, since otherwise, it becomes more about the action scenes than anything, which does drag a movie down unless the scenes are done in a manner that they fold around the rest of the movie rather than be allowed to be dominant.

Taking an overall look at this movie it’s very easy to say that people are going to like it, or they won’t. It will likely be interesting enough to many people to take a look at, but for those that enjoy the games, it’s likely going to be a live-action version of the game franchise that will seek to electrify the fans with every scene and give them a very familiar experience. Video game movies don’t always have the best reputation, but when sticking to their source material it does help to at least tell the story that’s there, while perhaps expanding just a bit to give the fans what they want and something they’re not expecting.