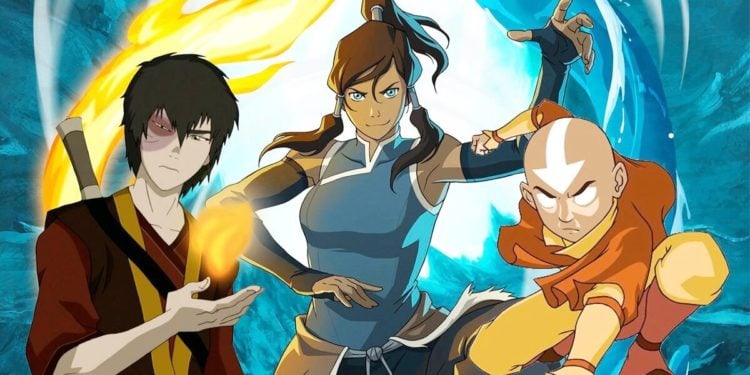 Like Avatar: The Last Airbender, The Legend of Korra came in hot during its first run in 2012 and though the anime was hampered by Nickelodeon studios towards the final seasons, that didn’t stop creators Michael Dante DiMartino and Bryan Konietzko from crafting a superb series. This article will highlight the five characters that deserve a spin-off. Let’s get started with the first name:

Easily the best villain up until Zaheer arrived in season three. DiMartino and Konietzko gave us a strong look into his upbringing thus its made clear why Noatak become Amon, but what about the moments after he runs away from his family? Obviously, we know the end result, but it could see be a fascinating character study on how Amon slowly made a cult full of non-benders. The issue of benders and non-benders is a source that heavily fuels the first season and a detailed looked at the struggles that the non-benders have with Republic City can bring a whole new perspective into the Equalist cult. It will also give us a chance to understand more of the characters within the group, as the break-up between Amon and his main goon didn’t have much weight because we barely knew who he was. The pieces for a strong story are already there, and though a backstory showcasing Amon’s time away from his family isn’t needed, it’ll still be a great spin-off, nevertheless.

The reason that fans don’t deem season two to be complete waste is due to the incredible Beginnings Part I & II. In truth, season two wasn’t particularly bad, but definitely a step down due to a bland villain and how unlikeable Korra was throughout a good portion of the season. This tremendous saga is about the first Avatar, Wan, a street kid who lived ten thousand years prior to Avatar Korra’s time. The two-part saga does an excellent job at documenting the first man to help bring balance between the spirit and normal world, and it would be great to expand on Wan’s journey and his entire world. DiMartino and Konietzko are so great at giving their characters such layered details that make them seem human. We understand Wan’s plight during his time as the Avatar, but how did he function following the decision to lock up Vaatu for good? There’s plenty of questions surrounding the first-ever Avatar that weren’t answered in the two-part episode, and the creators expanding on his world should give a greater insight to the mythology of Avatar in general.

The best villain in the entire Legend of Korra catalog. In fact, I would argue that Zaheer is the best villain in the entire world of Avatar. Originally, a non-bender, the leader of the Order of the Red Lotus has a strong ideology on the way he views the world and its leaders. It was truly shocking to witness the death of the Earth Queen, and the mental and physical strain that Zaheer put Korra through was always a compelling watch. The focus should be on the entire Red Lotus militant and why they came to the conclusion that abolishing the world of its leaders is the best way to go. Plus, it would give us more insight on Zaheer’s sidekicks: P’Li, Ming Hua, and Ghazan. Zaheer is essentially an assassin and given how dark and adult Legend of Korra became at times, it would be interesting to see how they handle a story about a cult murdering the world’s top nations.

A show following light and dark spirits is out of the realm for Avatar but the historic conflict between Vaatu and Raava would give us a stronger sense of the spirt world and the importance of Harmonic Convergence. It could also add more dimension to the numerous avatars themselves, given that both spirits existed over ten thousand lifetimes. It’s highly unlikely that the show would even cover such a long span but focusing on the spirit world by itself can turn Avatar on its own head and introduce elements that wouldn’t be possible in the regular world. There’s plenty of directions to go with a spin-off focusing on Vaatu and Raava, with the only think stopping DiMartino and Konietzko is there imagination.

Though not the primary villain of the first season, Yakone is the main reason that Tarrlok and Noatak exist. Thanks to Skeletons in the Closet, we understand why the two corrupt benders turn out to be the way that they are, but more insight on Yakone’s reign in Republic city would be great. Given the fact that Aang, Sokka, and Toph were the center of Yakone’s terror, it would’ve been cool to see how the benders dealt with the shady blood bender. We don’t see many gangster-type crime lords in the world of Avatar so it would be interesting to see how Michael Dante DiMartino and Bryan Konietzko take a stab at one of the core villains who never came into contact with Korra and the gang. Of course, we could’ve gotten a more intimate look into the life of Tarrlok and Noatak as well. The writers do an excellent job of detailing their world and personalities throughout the flashback episode, but perhaps going into depth on Tarrlok’s psyche following his brother’s disappearance or even Yakone’s time until his death could often be a different insight on the tragic family.