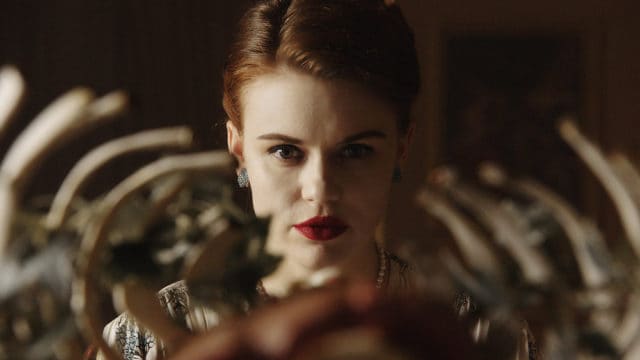 We’re halfway through the season of Channel Zero: Butcher’s Block, and it’s already managed to establish itself as the best season yet of the best horror anthology on television. It took a second for the story to find its footing, but, now that it has, the week-long wait between episodes is as much torture as anything the characters on the show are having to go through.

As the story enters its second half, let’s look at this week’s new episode of Channel Zero: Butcher’s Block, “Alice in Slaughterland.”

At the end of last week’s episode, we saw Alice ascend the stairs to follow Zoe and the Peach family into whatever happened to lie behind the doorway. As you can probably tell from the title of the episode, there’s a very Alice in Wonderland vibe to everything going on here, and it’s something that’s been present through the entire season without me picking up on it. One of my favorite development on a TV series is when some thing happens in a story that retroactively makes you realize what you’ve been seeing all along while simultaneously furthering the story in a strong way, and Butcher’s Block is using this device in a very cool way.

Week in and week out, I continue to be so impressed with the way that Rutger Hauer dominates the screen every time Joseph Peach is present. His performance is commanding in a way that this show has never seen (and that’s after having Fiona Shaw in Candle Cove and John Carrol Lynch in No-End House), and it completely changes the game. Additionally, the rest of the cast has become just as deep as the show usually sees, and it’s impossible to find a weak link at this point in the season. Like I said early (and I’ve mentioned before), the start of the season had more of a learning curve than usual as the cast found their footing, but that footing has absolutely been both found now. Along those lines, I’m a huge fan of the character that Louise has become. I didn’t know what to make of Krisha Fairchild’s performance after the opener, but it’s clear now what the season was attempting to do with her. It’s another retroactive acknowledgement for me of what I didn’t see before that I do now, and it helps me appreciate the progression of the story even more. 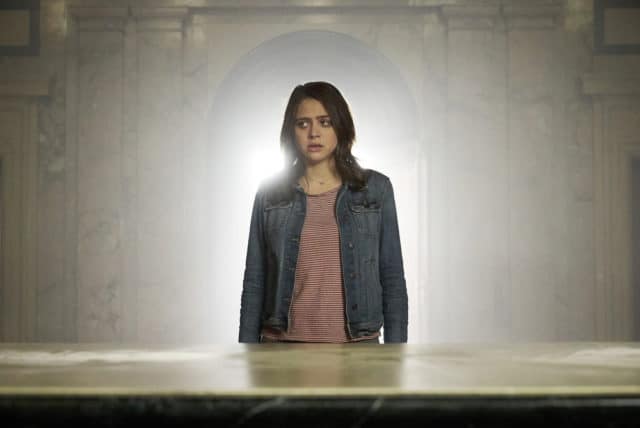 It’s largely because of the nature of the world behind the door, but “Alice in Slaughterland” is the most unique episode visually yet of Butcher’s Block. It does a lot of cool and beautiful things with color that the drabness of the “real” world doesn’t get to show very often, and it’s very reminiscent of Pushing Daisies in this way (which makes sense as Pushing Daisies was a modern fairy tale and the world at the top of the stairs is a take on a fairy tale itself).

Major developments happen in the episode, too, that are going to have some pretty big ramifications for the remainder of the story, and watching the descent of the characters into this world that’s been established is wild in the best and most entertaining way possible.

“Alice in Slaughterland” didn’t hit the very high highs of last week’s episode, but it still managed to be an incredible episode that will affect the season in some pretty incredible ways. I absolutely can’t wait to check out the final two episodes of the season and see how Butcher’s Block wraps itself up.

What did you think about this week’s new episode of Channel Zero: Butcher’s Block? Are you looking forward to seeing how the story plays out in the final two episodes? Let us know your thoughts in the comments down below!

Channel Zero: Butcher’s Block propels itself into the second half of its story in a fairy tale-like way that excites from beginning to end.