Home
Anime
Chainsaw Man is Finally Getting an Anime, So What Do We Want To See From It? 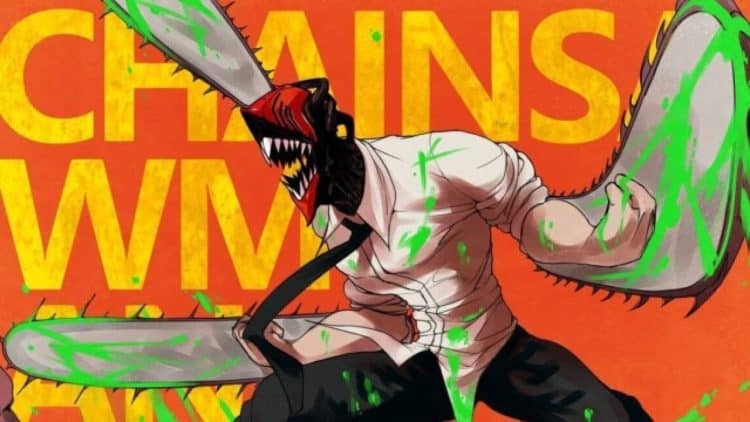 The popular Shonen Jump manga, Chainsaw Man, is finally getting an anime adaptation that is due out sometime in later 2021, which means that fans of the series will finally get to see the sometimes horrifying – but always awesome – gore and action-packed storylines be animated in this brand new series that will be animated by Studio MAPPA. This is the same studio that has brought us other wonderful anime like Jujutsu Kaisen, Yuri!!! on Ice, and the final season of Attack on Titan, so I’m sure we can expect fantastic animation quality. So, what exactly do we want to see from the Chainsaw Man anime later this year? Keep in mind, while I won’t be delving too far into the story of the series, there will be some spoilers here and there, so take caution when reading if you haven’t caught up with the series yet.

From what we’ve previously seen with other Studio Mappa anime, as well as the trailer for Chainsaw Man, it looks like we can set our expectations pretty high for the anime due to come out later this year. Unfortunately, there’s been some controversy surrounding Studio MAPPA recently, as it seems like they are underpaying and overworking their animators; whether or not that’s true or false will determine if we actually see a high quality Chainsaw Man animation. Hopefully that isn’t the case, but it would be the studio’s fault rather than the animators, if we get something that is less than expected.

Chainsaw Man himself, Denji, is going to be one of the most important aspects of this anime. Denji absolutely needs to be done right, because he has so many small details that make up his character, down to even small hand gestures. While Denji isn’t my all-time favorite character in Chainsaw Man, he’s one of the most pivotal and it will be incredibly important to nail his character.

It used to be that Dragon Ball Z was pretty much the pinnacle for anime fights, but I think that Chainsaw Man could potentially overthrow Dragon Ball with its sheer guts and gore filled scenes. I mean, there’s so much potential for some of the best anime fights of all time to come out of this anime, especially the Eternity Devil fight that we’ll see at some point, given that it was teased in the Chainsaw Man trailer that was also recently released. We also got a chance to see Aki’s Fox Devil for a frame or two, which also means that we’ll no doubt be seeing the Bat Devil, Katana Man, Bomb Girl, or the International Assassins arc in the first season of Chainsaw Man. My guess is we’ll at least see the Bat Devil and Katana Man arcs in the first season, but we may still get to see all of them. The best part about most of the fights in Chainsaw Man is actually Chainsaw Man himself, since he literally turns his body into a bunch of chainsaws and just runs headfirst into them. I have no doubt that the first Chainsaw Man transformation that we see is going to be one of the coolest moments in the entire anime.

Okay, here’s where I’m going to get into some minor spoilers for the Chainsaw Man manga, so be warned. There are plenty of plot twists throughout the manga, but the biggest one, to me, is the fact that it hasn’t actually ended yet. There are currently a total of 97 chapters (there’s actually only 96, but chapter 59 is missing for some reason, but it still goes up to chapter 97) of Chainsaw Man available on Shonen Jump, which means that there’s maybe enough for one or two seasons of minimal-filler anime, and it looked like the manga was going to end with chapter 97, because chapter 96 even said “Final chapter coming,” but then the very last panel of chapter 97 states, “End of Part 1: Public Safety Arc” which means that Chainsaw Man still has more to go! This was really awesome to read, but it’s also been a while since the last chapter was published, so hopefully we get some more Chainsaw Man soon.

Finally, I need Pochita to have a much more prominent role in the Chainsaw Man anime, because I absolutely can’t get enough of him.