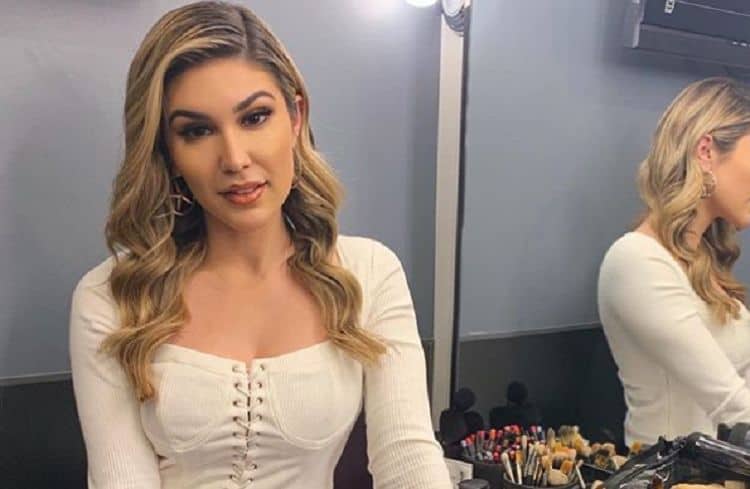 When Cathy Kelley was hired by WWE to be their social media correspondent, their YouTube channel had only 8 million subscribers. However, the hardworking woman worked hard to improve the numbers, and today, the network can boast of over 40 million subscribers. Therefore, for someone who has dedicated four years into making such enormous strides, news of her leaving WWE has left the public wondering what happened. Before we get to her reason for quitting, let’s tell you a little bit more about her.

1. She never watched wrestling as a child

Cathy’s mother was very strict and never allowed her daughter to watch too much television; wrestling was not on the list of permitted shows. It is after Cathy graduated from college that she had her first encounter with a wresting show through “Monday Night RAW.” From then on, she became addicted.

2. She was bullied in high school

In one Twitter post, Cathy revealed that people had made fun of her in high school, which had her fans wondering why considering how beautiful she is. She does not get into the details of why they bullied her, but it affected her esteem so much that she sank into depression. Cathy tried to be perfect so that people would like her, but with time she came to accept herself as she is. Now she is free to live her life without letting the opinions of others affect her and advocates for people contemplating suicide to get help.

Cathy grew up an only child and was raised by her single mother, who did everything possible to provide her with the best life possible. Watching her mother work tirelessly made Cathy admire her, and today she wants to set the same example for young girls. She told Sports Illustrated that despite her mother being a busy woman teaching at a medical school, operating a research lab and working as a scientist, she always made time for Cathy. The journalist remembers that her mother would allow her to travel with her and sleep in her office whenever she was sick.

4. Her grandfather was a holocaust survivor

Of all the lessons that Cathy learned from her grandfather, the biggest remains to be charitable. Being a holocaust survivor, giving back to society meant a lot to her grandfather, and Cathy continues to practice what she was taught. She has partnered with several organizations, including Unlikely Heroes, which helps human trafficking survivors. Her philanthropic efforts have also seen her work with Girl Up, UNICEF, the Special Olympics, and GLAAD. Considering her choice of organization to support, it is evident that the journalist has a soft spot for children, minorities, and the underprivileged community.

5. She cried after leaving WWE

For several days, Cathy was not sure how to tell her fans that she would be leaving WWE, and when she finally gathered the courage to do it, she shared the news on social media. She disclosed that to her being on WWE was more than a job, and although she has no idea what she will do after her departure, the move was necessary. Still, she cried on her way home after “NXT Takeover,” perhaps for the first time, realizing that it was a reality. However, she added that it is not a goodbye but only a “see you later” so we can expect her back since she once said she wants to be connected to WWE for the rest of her career.

6. She knew she would end up in the entertainment industry

As a child, Cathy wanted to be a performer, so she asked her mother to let her join dance and skating classes. However, her mother was a tomboy, so instead, she made Cathy join soccer and ice hockey, but that did not kill Cathy’s dream. Consequently, in school, she participated in plays, but it is not until high school that she knew the direction she wanted to take. The journalist, therefore, became involved in making a feature film in her senior year and joined the news program in the school.

In one interview, Cathy said that she wants to do it all, meaning hosting, producing, and writing. However, she had to miss “Smackdown” to film, and perhaps that was the wakeup call that she could not do it all as she assumed. Therefore when she talked to Rajah, Cathy said that she wanted to be the executive producer of a show and even an author. She realized that the WWE was taking up so much of her time and making her leave Los Angeles, where she needed to be to accomplish her goals.

For a long time, people assumed that Finn Balor and Cathy were good friends, but it later was revealed that they were dating. However, they broke up, and Finn moved on with Veronica Rodriguez, who is now his wife. Cathy, on the other hand, also found love in Velveteen Dream, another professional wrestler. The relationship was also kept under wraps, but she could not resist posting pictures of them together. Unfortunately, in August 2019, she confirmed they had broken through a tweet saying she was single. The journalist even went ahead to delete their pictures on social media.

9. She has a soft spot for dogs

As per her Instagram posts, Cathy loves dogs, and whenever she sees them, she cannot resist picking the canines up. Her big heart for dogs ensures that she also keeps linking her posts to a shelter, maybe to encourage people to adopt a furry friend. In one post, Cathy thanked those who had shared the pictures of one pup in helping him get adopted.

10. How she ensures that she maintains her fitness routine

In 2017, Cathy shared that she is not always motivated to exercise, but she discovered a few tips to help her get through such times. One suggestion is paying in advance for a workout class since knowing that you have put your money somewhere will make you want to get your money’s worth. She added that one can download their favorite podcast and listen to it while on the treadmill. Finally, getting new workout clothes might motivate you into trying them out to see how they fit, thus push you to work out.