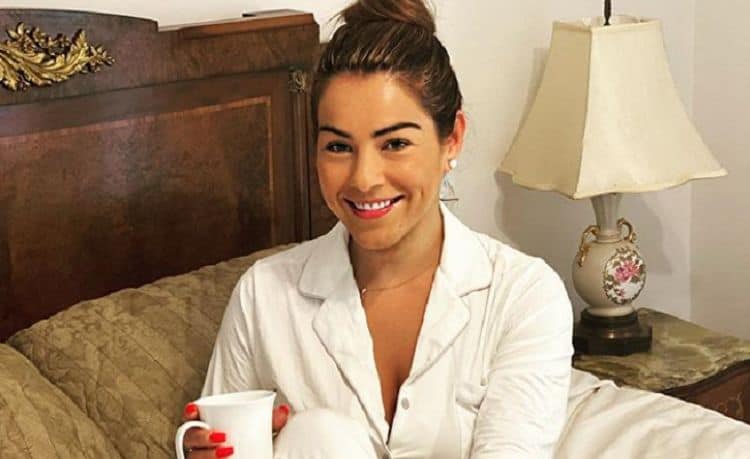 Veronica Rodriquez may not be a main cast member on 90 Day Fiance: Before the 90 Days, but she’s made an impact nonetheless. Veronica was featured on the third season of the show when her ex-fiance, Tim Malcolm began dating a woman in Colombia. Although Veronica and Tim have been broken up for some time, they are still great friends who spend a lot of time together to co-parent their child. Despite sometimes seeming jealous of Tim’s new relationship, Veronica continued to be a strong support system as Tim found himself going through ups and downs. Now a regular on 90 Day Fiance: Pillow Talk, fans can’t get enough of Veronica’s sly comments and sarcastic sense of humor.  Keep reading for 10 things you didn’t know about Veronica Rodriguez.

1. She Has Cuban Ancestry

Since Veronica wasn’t a main cast member on Before the 90 Days, fans weren’t given much information about her outside of her relationship with Tim. Some viewers had questions about her ethnicity. Veronica was born and raised in the United States, but at least one side of her family immigrated here from Cuba.

No matter where you live or what you do for work, being able to speak more than one language is something that can always come in handy. Luckily for Veronica, she’s able to speak 3. According to her LinkedIn profile, she speaks English, Spanish, and French. However, she didn’t specify whether or not she’s fluent in French.

Veronica Rodriguez isn’t just good looking, she’s smart too. From 2003 to 2005, she attended the University of Rochester where she earned an associates degree in political science and government. The following year, she enrolled in Florida International University where she majored in business and completed a bachelor’s degree program.

Let’s be real, the cast members on 90 Day Fiance never seem like they have jobs. At the beginning of each season, they will usually touch on what they do for work, but it always seems vague. However, we do know that Veronica is gainfully employed and has been for several years. Her LinkedIn page she says that she works as a lead sourcing relationship manager.

Like Tim, Veronica currently lives in North Carolina and it looks like she’s lived there for several years. However, she is originally from the Miami area. Judging by her Instagram posts, she still visits frequently, so many of her family members probably still live in Florida.

6. She Makes Videos On Cameo

Appearing on Before the 90 Days and Pillow Talk have significantly boosted Veronica’s social media presence. She has more than 62,000 followers and she has leveraged that into other opportunities as well. She has an account on Cameo where she charges $30 for a personalized video. Fans can ask her to record the video in either English or Spanish.

7. She Claims To Support Tim Financially

When Tim first appeared on the show, he claimed to be an entrepreneur and made it clear that money wasn’t really an issue for him. However, in November of 2019, Veronica dropped a bomb  when she went on social media and said that she supports Tim financially. She even alleged that she had purchased some of the gifts that Tim gave to Jennifer. It’s unclear whether she meant that she has always supported him or if she was helping out because he’d fallen on hard times. Either way, this completely contradicts the way Tim originally presented himself.

Veronica loves staying active, and one of her favorite ways to do that is by practicing yoga. Whenever she has time, she enjoys getting outside and working on yoga pose. It’s clear that she’s been at it for a while because she makes some of the more difficult poses look easy.

9. She Enjoys Hanging Out By The Water

Even after years of living in North Carolina, Veronica is still a Florida girl at heart. This means that she loves spending time outdoors, especially at the beach. When she is back in Florida visiting her family, Veronica spends a lot of time out on the water doing things like boating, swimming, and paddle boarding.

Veronica isn’t a hardened criminal by any means, but she has had a run in with the law. She was arrested in 2016 for driving while impaired. There aren’t many details on the incident so it looks like she didn’t get in any serious trouble. But she was booked in Rowan County, North Carolina where her mugshot was taken.