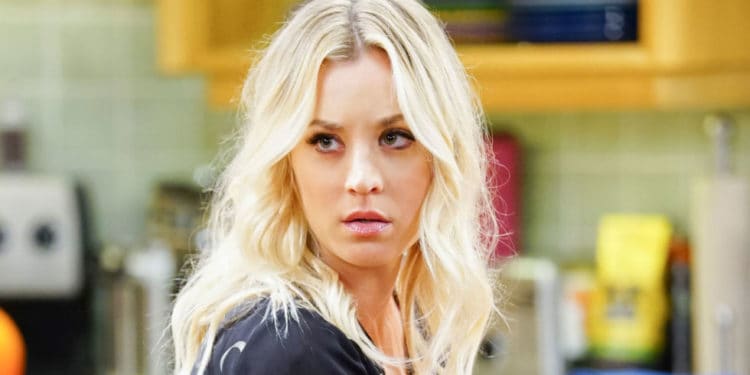 A lot of us know who Kaley Cuoco is at this point since she’s been around long enough and has been active enough that her face has been plastered all over the place. So telling you she was in The Big Bang Theory would be a big ‘duh’ moment you don’t need. But there are plenty of things about Kaley that some folks don’t know that might prove interesting since she’s the kind of person that puts her personal life aside when she steps on set and gets into her character for that amount of time in order to really BE that character. She happens to love what she does and is able to step away at the end of the day and just be herself, meaning that she might not be perfectly balanced but she’s at least capable of shedding the role she plays to actually be the person that she is when she wakes up in the morning.

10. Her career began at the age of 6 when she started modeling.

Kaley has been around show business for a while and it’s safe to say that she got used to it a long time ago. The hustle and bustle of the business is something that has been a part of her life for a long time now and as such she’s acclimated to the lifestyle and no doubt the stress that comes with it.

9. Kaley was in at least six Barbie commercials when she was younger.

Given that she’s a pretty young blonde girl it doesn’t seem like too much of a surprise that she would be selected for this kind of commercial as the stereotypical image that she might have presented would have been deemed as perfect. There’s nothing else to say really, she’s cute and she’s blonde, she’s what a lot of directors look for as a gimme in certain roles.

8. Her schooling came on the set so you can say that she was home-schooled.

Traditional schooling obviously wasn’t the thing that most appealed to her parents so she was schooled right on the set and earned her diploma by the time she was 16. You can imagine this must have put even more pressure on her, but it seems as though forcing her into a school would have been worse since her schedule would have been absolute chaos.

7. At one time she was a ranked amateur tennis player.

She was fairly active in the sport before she decided to take her acting career seriously and engage in it full-time. Whether or not she would have gone anywhere with it is hard to know since she’s been acting for a while now and it’s not known if she still has the knack for it.

6. Like many people she is a Britney Spears and Taylor Swift fan.

Even the stars have their favorite singers and she’s a very big music lover since she enjoys a wide variety of tunes most times. She’s also listened to Josh Groban and Kelly Clarkson, two of her other favorites, and is open to just about anything it seems.

5. She enjoys a wide variety of activities.

Kaley likes horseback riding, bowling, kickboxing, and playing the drums. In fact she’s even said that when she’s playing the drums she gets about ten minutes into it and then just loses herself. She has a rather wide variety of hobbies it seems but they keep her happy and occupied.

4. In 2010 she suffered a leg injury while horseback riding and had to be written out of two episodes of The Big Bang Theory.

Being written out meant missing a couple of paychecks obviously but given that she’s been one of the more popular stars she likely didn’t feel the pinch too much. But when she did come back she had to be placed behind objects or sitting down for a while with something in the way to obscure her leg since the writers didn’t have time to add in a reason for the injury. That kind of seems like lazy writing though.

3. She and costar Johnny Galecki were actually in a relationship at one time.

For about two years these two were actually together, but they split eventually and remained friendly towards one another it would seem.

2. Kaley did admit to having plastic surgery done.

This is actually pretty impressive since so many people that have plastic surgery done try to deny it right up until the moment when they get caught in the lie and can’t explain it away. She was up front and center about it.

1. One of her big desires is to be the lead in a movie and be able to hold it together.

It’s not being egocentric to want to be a lead in a film, at least not unless someone makes it all about them. Kaley wants to be the linchpin though that holds the film together, the person that makes it all work. It seems like she might be able to do this if she had the right part in the right film.

There’s always something else to be found out about your favorite stars.