Last night’s Caprica was evenly plotted in terms of story and character development. While Zoe and the Adamas took a back seat this week, the rest of the cast got a chance to shine tonight, even if all of their intentions are misguided or not.

Daniel and the Adamas are trying to gain votes in the next Graystone Industries board meeting by coercing them from the board members in bribes. One of the board members, Cornell, is brought to Daniel’s house, where Daniel pushes some drugs in his face and brings up some dirty laundry of Cornell’s involving “harming little girls.” It seems that Daniel made those charges go away and is ready to collect his favor. He wants Cornell’s vote in the board meeting in exchange for keeping Cornell’s secrets hidden and washed away. Cornell opts not to be blackmailed and calls Daniel scum for stooping so low. Well, while Daniel is having a bit of a low moment in morality, how can Cornell call Daniel scum when he “harmed little girls?” Scum is scum and you aren’t looking too clean right now yourself, Cornell. Daniel eventually lets Cornell go, but the damage has already been done.

After leaving his wedding ring and a letter to his family, Cornell kills himself not too long after leaving Daniel’s house. Cornel’s newly widowed wife tries to demand answers from Daniel the next day, but he ignores her. She calls him a “murder,” which sends Daniel back to when he finally got a chance to see Amanda after she refused his visits to the hospital after her accident. At the time, Amanda had only wanted to know one thing: did he send men to steal the MCP chip and got innocent men killed in the process? Daniel slightly admits to it, but tossed a retaliation at Amanda involving her failure as a parent as the result of Zoe’s death. That is all she needs to tell him to get out of her life.

Daniel later meets with Cyrus, who smuggled the U-87 droid out the company. The droid brings back memories of Zoe. What else does Daniel have up his sleeve?

As Lacy accidently botches a mission of Barnabas’s to blow up an airport, her companions, Hippolyta and Pann, berate her forscrewing up. Although, the true fact is that Barnabas told them that the place would be empty and when they got there it wasn’t. While Hippolyta and Pann are tying to save their own asses, Keon is the only person who sees Lacy’s logic.

Meanwhile, Clarice gets intel that Barnabas is using kids from her school (and possibly her own sect) to kill her. Her intel also mentions the car bombing that killed Nestor as the first attempt. This sends Clarice on a mission of retribution against Barnabas. First, Clarice takes out Pann by electrocuting him, the proceeding to dispatch Hippolyta next. As this goes down, Barnabas questions Lacy’s loyalty and why she didn’t go through with placing the bomb in the airport. Lacy doesn’t back down and faces Barnabas head on until he demands loyalty or Lacy’s death. The main thing is that Barnabas is worried that he’s next on Clarice’s hit list.

Later, Barnabas gets pissed when Keon wants to leave him and Lacy alone to face Clarice. Keon isn’t buying Barnabas’s crazy act, which forces the lunatic to shoot Keon in the back of the head. Lacy can’t conjure up her hysterics long enough before Clarice and her husband Olaf enter. While Olaf holds Lacy, Clarice cuffs Barnabas to a structure in the area and plants a bomb. When she, Olaf and Lacy make it downstairs, Clarice detonates the bomb. Bye, James Marsters! Lacy asks if she’s next. which Clarice answers, “Maybe.” Wonder what’s going to happen here?

While staying with Clarice, Amanda comes across Clarice muttering Zoe’s name while using a Holoband.

As they investigate the murders of Pann and Hippolyta, Agent Duram feels as if by both kids attending Athena Academy, then Sister Clarice must have a connection to the murders. While he’s right, it’s Agent Duram’s relentless Joseph McCarthy antics that will cost them the entire investigation. He quickly finds Sister Clarice and starts ‘accusing’ her on unfounded connections and circumstances, which makes him look like an ignorant rookie. He later talks with is superior at GDD about his hunches, which the GDD superior says are just that. Hunches. After reeducating Agent Duram on Detective Work 101, the GDD superior reveals that Duram’s partner, Agent Youngblood also feels the same way about her partner’s lack of logic in the case. This does not sit well with Agent Duram.

He later pulls out a wild card by approaching Amanda Graystone to help in is case by spying on Clarice. Duram connects the dots for Amanda on Clarice’s intentions and she is a bit horrified. When Clarice comes home later that night, Amanda stratigically questions her “friend” about the Holoband usage, asking Clarice what is her avatar, which Amanda receives a cryptic, yet dodgy answer to. Out of fear and anger to Clarice possibly being the one who “brainwashed” Zoe, therefore killing her, Amanda returns to her home with Daniel to retrieve a gun from her safe.

Amanda returns home to find Clarice crying about the loss of two of her students. Amanda’s hand clutches the gun in her purse, but removes her hand when Clarice utters that Amanda is the only person she could talk to. She then coaxes Clarice to spill her mind. Do we have a reverse psychology ruse on our hands now, Amanda?

– Daniel has slipped hard, swimming in an ocean of darkness and hellish morality issues. He’s just as far gone as Amanda is at this point. While I didn’t agree with his actions tonight, I will have to say that those he took down weren’t too “innocent” if you ask me. Just about all his board members had some deep dark secret in their closet. In short, I don’t know if I could defend them after learning that secret.

– Is Barnabas dead? I would think so, but there are so many different escape scenarios he could’ve put into action that I don’t know what to think. I do have to say that Polly Walker killed her performance last night. 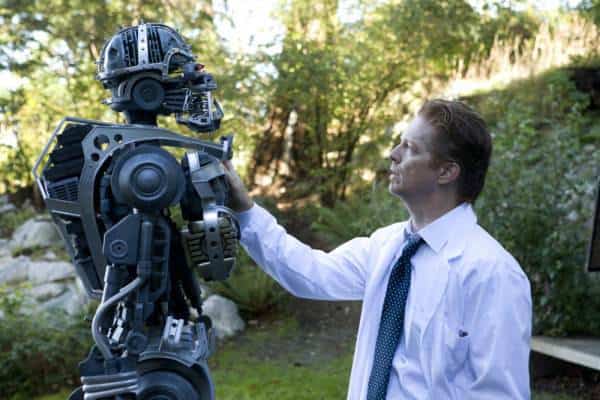 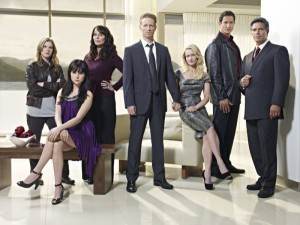 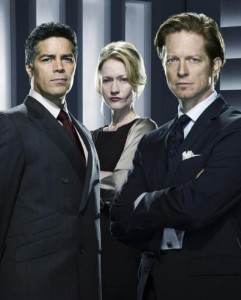