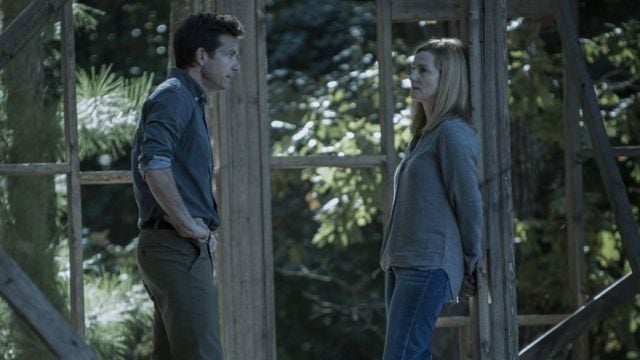 We almost always get to see Jason Bateman in a role that is some kind of comedy mixed in with some drama to break up the monotony, but he hardly ever plays a strictly serious role. Ozark is going to be a dark, gritty drama that will test people’s view of Bateman and just how far his range can go to prove that he is in fact the serious actor that many believe him to be and that he can be someone other than a smart-mouth character with an acerbic wit meant to shred people to pieces. He’s a quality actor that knows how to get a response from viewers, and this coming attempt should be nothing short of impressive.

Here are a few other reasons why we can’t wait to see Jason Bateman in Ozark.

He’s always been a strong actor.

His wit is what has gotten him by a lot of times, but as he’s grown up as an actor Bateman has shown that he has the kind of acting chops that allow him to compete with many other notable actors. He’s worked with the likes of Jane Fonda, Tina Fey, Mila Kunis, Dax Shepard, and many others that are commonly larger than life actors on the screen. Each time he’s managed to hold his own if not simply take over the story and become the star. With or without his customary witticisms he’s still one of the best actors in the industry.

It will be interesting to see him do something dark.

This is going back to his role as the smart-aleck. With most of his roles he feels the need to be funny, which has worked immensely for him. His humor is a very sarcastic and even a little dark sometimes but the manner in which he balances himself tends to bring out a lovable side no matter how nasty he gets. This role will allow him to show a much darker side to his persona than people are used to seeing. How he goes about showcasing his talent in this direction will be what makes him that much more skilled as an actor.

This is not his first dark role.

One of this more recent films, The Gift, showed  that Bateman can in fact be serious and quite disturbing when in character. There is little no  doubt that he can pull of such a role because he has done it before and he has excelled. The facial expressions he uses are a great addition to the seriousness of the role and his manner is enough to indicate that while he is still bound to be considered as a funny man he is without a doubt capable of performing dark drama.

He will be directing.

Bateman made his directing debut in the film Bad Words, and will be taking on this project as well. He’s already been seen to be a very astute actor and a knowledgeable director. It’s easy to assume that Ozark will be a masterfully executed series as Bateman will direct half of the episodes.

It will be intriguing to see how Bateman handles this project from the standpoint of an actor and from the director’s chair. This show promises to be one that will not disappoint.