Reef Break is a new show that has started up on ABC. It is a summer show, meaning that it will be interesting to see whether it can secure further seasons or not. For the time being, there isn’t enough information to come to a clear conclusion on the matter, but it is nonetheless fun to speculate about. In short, Reef Break is the product of a French-American team-up. To be exact, ABC Studios International is producing the show for the sake of the French broadcaster M6, which is one of the most watched private channels that can be found in the French-speaking world. However, it is interesting to note that since Reef Break is filmed in Queensland, Australia, 75 percent of the crew are local Queenslanders.

Scenario-wise, Reef Break is a bit unusual. The show is centered on a woman named Cat Chambers, who was once a member of a criminal syndicate but has since become a fixer for the government of a fictional city on a fictional U.S. territory. Of course, while Cat has left her criminal past behind, there are still those who remember who she was as well as what she did in her previous life. Sometimes, these characters are positive, as shown by Cat’s ex-husband Jake Elliot, a FBI agent who was the one to convince her to turn on her crime partners and still shows up to help out from time to time. Other times, well, suffice to say that there are those who hold grudges against Cat for various faults real or otherwise. On top of this, it is worth mentioning that Cat has teamed up with a police detective named Wyatt Cole, who starts out with some serious trust issues but warms up to her over time when he comes to realize that her chance of heart is real rather than feigned. On the whole, Reef Break has what seems like a solid cast of characters who can provide the show with plenty of storylines based on their backstories.

As for the people who are involved with the making of Reef Break, it is worth mentioning something about them as well. First, those who are curious should know that Cat Chambers is played by Poppy Montgomery, who isn’t just the lead actress but also one of the executive producers for the show. As such, she has a fair amount of say over what goes into it, with an excellent example being her influence over the kind of character that Cat is supposed to be. Simply put, it is no coincidence that Cat is a professional surfer who drives fast boats, seeing as how Montgomery has outright stated that she was created to fix a lack of female characters who do such things on the TV screen. Besides her involvement with Reef Break, there are some people out there who might remember Montgomery because of her previous roles on previous shows, which include both Samantha Spade on Without a Trace and Carrie Wells on Unforgettable.

Otherwise, Reef Break was co-created by Ken Sanzel, who happens to be the other executive producer alongside co-creator Poppy Montgomery. Meanwhile, Det. Wyatt Cole is played by Desmond Chiam, while Jake Elliot is played by Ray Stevenson. Of course, there is a host of other people involved with Reef Break, but if interested individuals are curious, they can find out more information by checking out IMDB as well as other sources.

Will Reef Break Make It or Not?

Speaking bluntly, Reef Break isn’t the kind of show that is going to be winning awards and accolades from serious sources anytime soon. It can seem like a crime show on initial inspection, but in truth, its crime elements serve as a skeletal structure for the dramedy that serves as its truest substance. Moreover, the people behind Reef Break know perfectly well what they have on hand, meaning that they are playing towards this rather than attempting to turn the show into something that it is not and can never be.

Of course, while Reef Break isn’t a very serious show, that isn’t necessarily a bad thing. Sure, it is pure escapism that knows that it is pure escapism, but summer is a time when a lot of people are content to let the TV screen lull them into a state of intrigued relaxation, meaning that something like Reef Break could be exactly what they need. For that matter, it should be remembered that the lead character of Reef Break is very rare for the TV screen, meaning that her very unrealistic but nonetheless very entertaining exploits could serve to introduce the kind of escapism that she represents to a whole new segment of viewers. Something that could play a critical role in its eventual reception.

In any case, it is still much too soon to say what will happen to Reef Break in the long run. So far, just a couple of episodes have been broadcast, which isn’t exactly a great deal of information with which to make a judgment one way or the other. After all, it isn’t exactly uncommon for shows to get better over time as the cast and crew learn to work together in a smooth and uninterrupted manner. Likewise, it isn’t uncommon for shows to get worse over time because of issues that manage to blow up for whatever reason. As such, time will tell whether Reef Break will prove to be successful enough to secure a continuing existence. However, considering what we already know about the show, it seems reasonable to say that it has a fighting chance when it comes to its future. Something that really can’t be said for all of the shows chosen for broadcast in the summer season, which are often meant to be filler and nothing more. 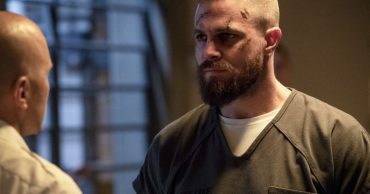 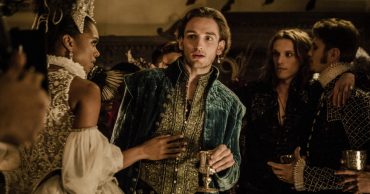 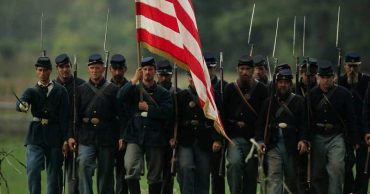 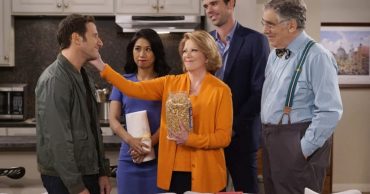 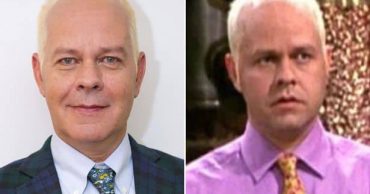 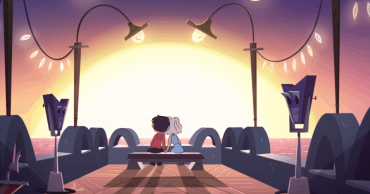