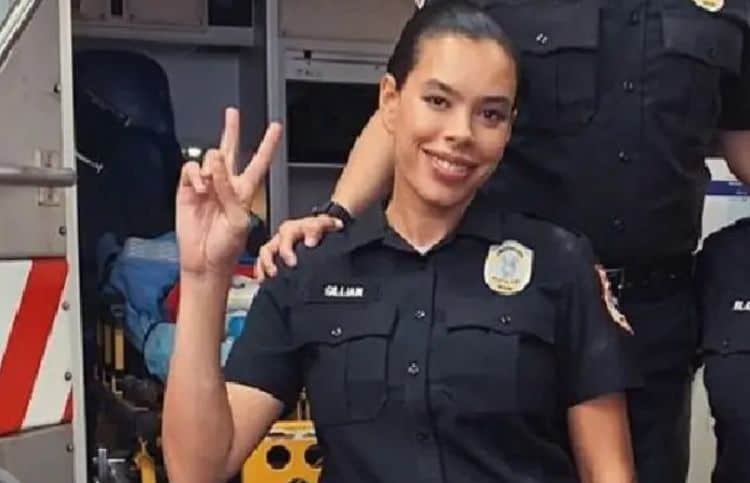 One of the shows that is the talk of the town is 9-1-1: Lone Star. It is an American procedural drama created for Fox Network and premiered in mid-January, 2020. It is a great show that will have you hooked to your screen as you watch the drama unfold. Among the show’s standout acts is Brianna Baker, who takes on the part of Nancy Gillian, a paramedic. Although she takes on a recurring role, she brings her best to the part, and you cannot help but notice her. So, who exactly is Brianna Baker? To answer your question, we bring you ten things you did not know about this actress.

One thing about Brianna Baker is that she is a private individual. As such, she hardly puts out her personal details, as evident by the lack of information pointing to her date of birth and where she grew up from. When it comes to her family, there are sneak peeks of who she is from her social media pages. On her Instagram handle, she regularly uploads pictures of her family, mostly her sister, who resembles her. According to Better Off Wed, she hints that she grew up in Rantoul, Illinois.

A look at Brianna’s complexion, and you immediately get a hint that she is of mixed ancestry. She has a caramel hue, which is a slight indication that she is of white and black heritage presumably. While not confirmed at all, you can see her childhood photos on Instagram with her mother, who is white. There is a high possibility that her dad is of African —American ethnicity.

Not much information is available on where Brianna schooled, though it is clear that she attended several Improv and theater schools. It is from these schools that she honed her acting skills to become the pro she is today. Among the theater schools, she has an association with the Groundlings theatre and school, which has been in existence since 1974.

4. Beginning As A Child

Despite her schooling history being in the dark, she opines in several interviews that she got into acting while in fourth grade. That is quite a young age and it only means that she has a ton of experience when it comes to entertainment. She got into her first role in a school play when the teacher in charge was looking for someone who could take on the part of a Native American. Her complexion worked to her advantage, and she played a Native American boy. That was her orientation into acting and she fell in love with it instantly.

5. Behind The Scene Venture

Aside from acting, she also takes on behind the scene roles in areas such as production, directing, and writing. This shows how versatile Brianna is, and that she can easily adapt to any setin various capacities. Per IMDb, she has writing credits in several episodes of Young Couple. As a producer, some of her notable works are in the documentary, Will Smith’s Bucket List. She got into production recently, and we expect a lot of her works in the coming days.

Brianna Baker is a creative mind, as evident from her other venture where she is an author. She is an excellent writer with one published work, Little White Lies. It is a young adult novel that focuses on an honors student, Coretta White’s Tumblr account, after its stories go viral. The catch is that she has not been the one writing the stories; instead, she has a ghostwriter. Once she admits that she has not been behind the stories, everything seems to spiral down. It is an excellent read published by Soho Teen and currently has a 2.71 rating on Goodreads from 78 reviews. There is a possibility that other literary pieces will come from Brianna with time.

Brianna has been a standard feature in the entertainment industry for almost a decade and has a fantastic catalog to show for her time. Some of her works in film include 2012 short, How to Seduce Michelle Obama, and the 2013 movie Chasing the Green. She has made a name for herself on television, where she has featured in several shows. Some of the shows these include: Take My Wife, Cleansed, Throwing Shade, Magical Girl Friendship Squad: Origins, and the recent 9-1-1: Lone Star.

Keeping up with her low key persona, there is not much detail on her relationships. It is still not clear if she is dating or not, the same to her orientation and if she has kids. From a professional view, it is an excellent move as it helps draw the boundary separating her personal and professional life.

Social media is a great tool when it comes to the entertainment scene, and celebrities can use it to their advantage in communicating with their fans. Baker knows the strength of social media and has an active Instagram handle where she regularly uploads her photos. At the moment, she has over 1000 posts and a few followers less to the 3000 mark. She frequently posts about the various places she visits, with several posts dedicated to her family and friends.

The actress is not afraid to tag herself as a foodie, and she seems to be a good cook. Among the foods that she cannot ignore, should they feature on a menu, include turkey baste, fish, and pasta.

Brianna Baker has had a decent number of appearances in several series in her almost decade-long career. She prefers to keep a low profile, and as such, there are few of her personal details known to the public. Above are some of the things you most probably did not know about her. You can follow her on Instagram or catch her performance on Fox Channel’s 9-1-1: Lone Star.